The Crimson Rivers (original title: Les rivières pourpres) is a French production, directed by the famous auteur Matthieu Kassovitz (La Haine, Gothika, Rebellion), and it is a decent, solid thriller though one that the viewer is deemed to forget soon after watching it. By that, I don't want to downgrade the film's merits and overall I can say it was a rather entertaining watch.

The narrative consists of two seemingly unrelated cases investigated by Pierre Niemans (Jean Reno) and Max Kerkerian (Vincent Cassel) which slowly merge into one to collide in the final suspenseful minutes of the movie. Niemans works on a grisly case revolving around a series of ritualistic murders with the bodies being mutilated in a barbaric way. The murders seem to be connected with the personnel of a University which is built on the vicinity of the killings. The other plot-thread begins with a simple case of an act of desecration in a Parisian cemetery. Kerkerian initially suspects a local skinhead gang and there is a hilarious fight scene between Cassel's character and the neo-Nazis that lightens the mood in this bleak story. There is the whodunit element present, though it is ridiculously easy to guess who the wrongdoer is.

The plot and its resolution are not innovative and the ending feels rather cliched. I think that The Crimson Rivers is a movie shot to appeal mainly to the American audience as it contains some of the genre's overused tropes. Nevertheless, it remains a nice choice on a hot summer night to pass the time enjoyably. 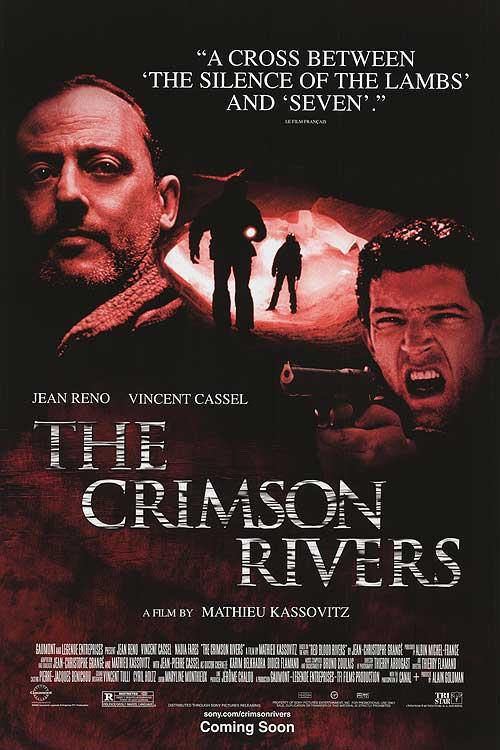