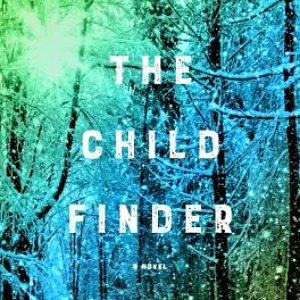 This is the first book in the Naomi Cottle book series, written by the American Rene Denfeld who became widely known in the literary world with her novel, titled The Enchanted. Denfeld uses prose with elements of magical realism, almost poetic, especially in some parts of The Child Finder. This special writing style, however, is not supported by an equally compelling plotline and the overall result is rather unsatisfying in the end.

Naomi Cottle is a private investigator, specializing in finding abducted or missing children, thus she acquired the nickname, The Child Finder. Naomi embarks on a new adventure when she returns to her hometown in Oregon and she is hired by the parents of a long-missing little girl, Madison, to uncover the truth about what happened to her three years ago when he disappeared during a family excursion in the woods. Naomi herself has a dark past and she is unable to remember the first years of her life when she was held captive by some unknown perpetrator(s). Now Naomi is tormented by nightmares where she sees herself running naked in some strawberry fields, away from some forgotten threat.

The two mysteries, along with some other minor subplots, move forward in a slow tempo and the story is, in general terms, simple and straightforward lacking the whodunit element which often adds to the suspense of a crime novel. I don't mean that The Child Finder lacks any evidence of suspense, I was drawn to the story, not because of its intricate plot, but rather for the great characterization of the protagonist and the dreamlike prose. There is a cliffhanger at the finale which will be dealt with in the second novel in the series, titled The Butterfly Girl, with publication expected in autumn 2019.

Rene Denfeld is a skilled author and her books can be safely categorized in the -vague in general terms- literary crime fiction genre. If you are a fan of those novels, The Child Finder will certainly gratify you. So, fans of Sarah Waters, Rosamund Lupton, and Susan Hill should better check this one out.