In 2019, Søren Sveistrup dived into the deep waters of crime fiction literature and his debut novel, The Chestnut Man, has been highly praised by both the critics and the readers for its tense, moody atmosphere as well as the elaborate plot. The author was already popular due to his involvement in the creation of the iconic Forbrydelsen saga and, in a way, the book's success was a direct consequence of the show's notoriety and legendary status among the fans of the Nordic crime television series. Sveistrup is also the head writer of this Danish TV adaptation that remains loyal to the novel's story and spirit while capturing and illustrating in image the essence of the text. It's an engrossing viewing experience both for those who are familiar with the story and those who are oblivious of it, as the opulence of the production is such that penetrates the eyes and the soul of the audience.

The cast features a Danish dream team of actors with Danica Curcic, David Dencik, Lars Ranthe, and Elliott Crosset Hove being some of the many popular thespians who breathe life into the characters framing the story. There are several heavy, in terms of emotional gravity, themes explored in the series such as child neglect and abuse while the viewer ought to be ready for some visceral scenes depicting mutilated bodies. The cruelty of the main plotline is accentuated by the bleak cinematography and the somber colors that command the screen. The directors, Mikkel Serup and Kasper Bafoed, succeed in conveying the dark mood of the novel on screen while the credible performances of the cast add to that cause. Though it's a relatively short show, consisting of six episodes in total, the plot is fully fleshed out and very detailed, leaving no room for redundancy.

The story begins when the mutilated corpse of a 37-year-old woman is found in a playground in central Copenhagen. The first officers on scene make an eerie discovery as there is a small figurine made of chestnuts hanging above the dead body. When the forensics team examine it, they find a fingerprint on the chestnut doll belonging to Kristine Hartung who had been abducted and murdered a year earlier by a pervert, Linus Bekker. Kristine's mother, Rosa Hartung is a popular politician who is still struggling with grief over the tragic demise of her daughter. Her remaining family will be shocked to the core when they hear the news about the fingerprint and their hopes are raised that little Kristine may still be alive. As the bodies begin to pile up and more chestnut men are found by the authorities in the crime scenes, it becomes evident that someone is targeting Rosa for some unfathomable reason.

Naia Thulin (Danica Curcic) and Mark Hess (Mikkel Boe Følsgaard) are the two lead investigators of this bizarre case and they quickly suspect that perhaps Linus Bekker was the wrong man to arrest for Kristine's murder. Together they will embark on a quest to reveal the identity and motivation of the serial killer before he is able to finish his gruesome work. As the investigation moves forward, Naia and Mark manage to find the common denominator that binds the victims and from then on it's a race against time until the find and arrest the true killer. The show keeps an even pacing and there are many times where the audience feels that the finale is imminent only to be proved wrong as the villain always succeeds in evading the authorities until the final episode. The ending is a shocker and those who are not familiar with the novel are in for a huge surprise. It's an appropriate as well as effective denouement of a gloomy story that grounds the audience because of its compelling structure and many twists and turns. I also liked the plausible dialogue and personal sub-plots that made the characters feel more relatable.

Overall, I found The Chestnut Man to be the best recent Nordic television export and definitely one of the most interesting Netflix Originals of the last few months. It can be easily relished in one sitting and I would advise you to prepare yourselves for a binge-watching trial that will leave you thirsty for more. Fans of the Forbrydelsen series will certainly trace many common elements between the two shows and the same is true for those who have enjoyed other emblematic Scandinavian production such as Bron/Broen and Those Who Kill. 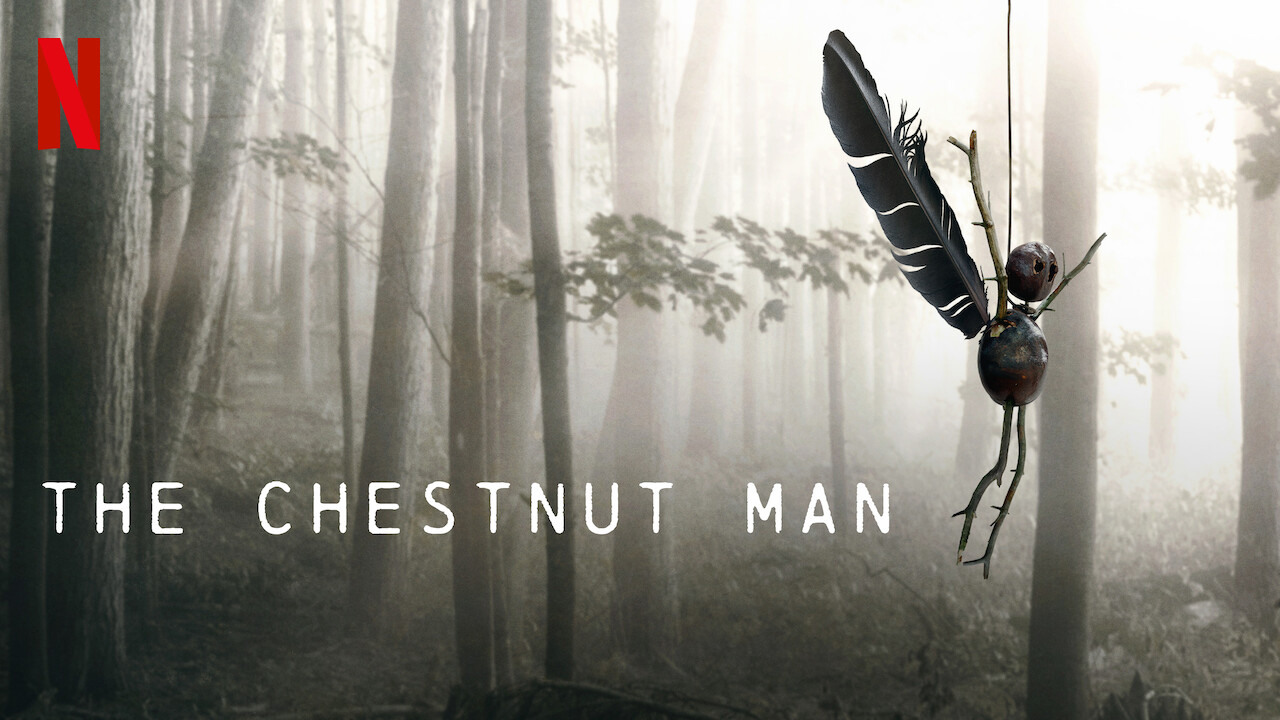