A SCF novel, so typical that becomes repetitive and tedious. 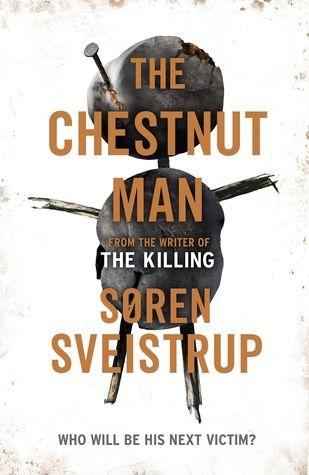 The Chestnut Man is the debut novel by the creator of the legendary Danish television series Forbrydelsen (3 seasons in total), Søren Sveistrup, and even though it is not a bad book, it certainly lacks the distinguishing marks that would set it at the top of the Nordic Noir genre. This novel has all the well-known trademarks of the genre in every aspect, the plotline follows the three plot narrative structure, the main characters are outlined in a way that is reminiscent of other Scandinavian crime fiction protagonists and the setting is the bleak and rainy Copenhagen right between autumn and winter. The truth is that this is a novel that I was expecting for nearly a year as I was eager to read a book written by the man who was behind the Forbrydelsen phenomenon. The rape and murder of Nana Birk-Larssen in the first season was a story that captivated European and UK audiences and is today considered as one of the cornerstones of the SCF genre along with Broen and Borgen. I found seasons 1 and 3 to be the most interesting while the story arc of season 2 was weaker, even though the production standards remained at the same high levels as in the other seasons.

The story begins when the police find a young mother dead with one of her arms amputated and right beside her there is a chestnut doll consisting of two chestnuts, for the head and the body, and four matchsticks which represent the limps of the chestnut man. The two protagonists, Naia Thulin, a young CID detective in Copenhagen police force, and Mark Hess, a Europol investigator who was kicked out of Hague and returns to his hometown in a rather unflattering status, are both drawn in the case as they are convinced that the killer had just started his gruesome work and more victims are going to follow. I preferred Hess's character, as he is outlined in a more detailed and effective manner while Thulin seems to be a collage of the main characteristics that many Scandinavian crime fiction female heroines have and her character struggles to find its voice in the book's narrative. The plot is rich and intricate and S. Sveistrup narrates it through multiple points of view, though the emphasis is given to the two detectives and the Minister of Social Affairs, Rosa Hartung who is the third main character of the novel.

Hartung is dealing with the tragedy of her teenage daughter's kidnapping which took place the previous year. The police, after an excruciating investigation, did find the perpetrator who confessed the abduction and murder of young Kristine whose body nevertheless was never found by the authorities. When Kristine's fingerprint is found in the chestnut man found at the first crime scene, the Minister and her family will have to face once again the nightmare which they thought was solved and behind them. The writer remains faithful to his trope of involving the political dimension in his plots, as he did in all three seasons of Forbrydelsen, and succeeds in adding a narrative layer where nothing is what it seems and intrigue is ever-present.

The storyline of Kristine's abduction and the present -serial killer- one is slowly merging as the plot unfolds and they are finally connected in the novels' ending which is dignified, though cliched. Unoriginality is the basic flaw of the Chestnut Man and I was rather disappointed as I was expecting something more by the author who won the hearts of worldwide audiences with his screenwriting skills. Perhaps my expectations were too high but as I finished reading, a sense of dissatisfaction came over me. Of course, I am willing to give more than one opportunity to Søren Sveistrup and I hope that in his future attempts will be worthy of his status among Scandinavian crime fiction's gurus.