A trip into the dark heart of America. 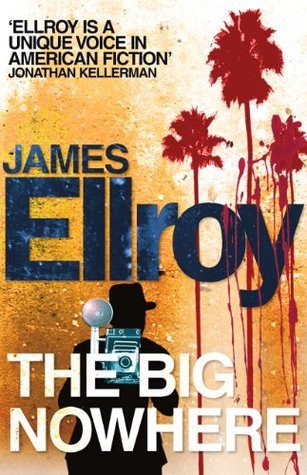 James Ellroy is a modern-day hermit who ignores the contemporary culture and doesn't even own a cell phone or a computer as he remains oblivious to the passage of time. He is sealed in a time capsule that stopped moving forward in the decades of the 1950s and 1960s and all of his novels take place in Los Angeles of that era. The unsolved murder of his beloved mother, nurse Geneva Odelia, on June 22, 1958, was meant to be the catalyst that defined the rest of his life and influenced profoundly his whole work. Ellroy loves to explore America's dark side and his novels dare to touch the fabric of death itself as they expose an ugly reality involving corruption on every level of public life, damaged protagonists who are willing to give in to their most primitive urges in order to gain power, and a wide array of delinquents who crawl in the streets of the city of angels, struggling to survive in a hostile world where a blind, primordial deity reigns over the humans and determines their fates. In The Big Nowhere the author uses a raw, visceral, staccato prose that revives an epoch in which racial conflicts and social tensions dominated the country's political scene and focuses on characters who get caught in a web of deceits, lies, and backstabbing during the Communist witch-hunt which took place in America of the 1940s and 1950s. Elrroy's protagonists are well-rounded fictional creations reminiscent of the great detectives of the American hard-boiled tradition such as Philip Marlowe, Lew Archer, and Sam Spades. This book is the interlude between Black Dahlia and L.A. Confidential, the first and the third respectively installments of the majestic "L.A. Quartet" that ends with White Jazz.

There are three main protagonists in this novel, Danny Upshaw, Turner -"Buzz"- Meeks, and Mal Considine, and several brilliantly outlined secondary characters such as Dudley Smith, Ellis Loew and, of course, Mickey Cohen. Danny is a 27-year-old police officer working in LASD for about ten year, who takes a call on New Years 1950 for a heinous homicide that took place in the city's center. The crime scene resembles a butcher shop and the victim, a young, unidentified man, is horribly mutilated by a twisted murderer who was smart enough to cover his tracks. Danny soon finds out the identity of the victim, he is an ex-drug-addict, Martin Goines, who did two stretches in prison for drug possession and burglaries and used to work as a jazz musician in one of the many clubs in the near vicinity. After the initial interrogations, two more bodies are found, murdered in a similar manner and Danny realizes that there is a serial-killer on the loose. His shock is profound when he discovers the house where the killings took place and the irregular blood spatter patterns on the walls indicate that the perpetrator used dentures to bite the victims torsos. The grisly murder case will have to be put aside when Danny will be summoned by Mal Considine and Dudley Smith to help the work of a newly found task force targeting to infiltrate a leftist union, UAES, and restrain the infiltration of Communist propaganda in the cinema industry. Danny's distinct assignments will soon begin to merge into one as the two investigation seem to share many common denominators.

Buzz Meeks is an ex-cop who used to work in the Narcotics Department and after his retirement from the force, he became an enforcer for the highest bidder. Arch-gangster Mickey Cohen often uses his services, even though Buzz is mainly working for the American eccentric tycoon, Howard Hughes. Meeks is a thug who is used to take what he wants by means of violence and he has many connections in L.A.'s underworld. He will be ordered by Hughes to help Mal and Dudley's team and will have to join forces with a person he resents as he holds him responsible for a murder attempt on him: Mal Considine. Buzz used to be intimate with Mal's ex-wife and suspects that Mal organized his execution because of his jealousy. Buzz will prove to be a valuable asset to the UAES Committee as he is the ideal person to put pressure on potential witnesses and uncover dirt about the people who are leading the Union. In fact, Meeks is a disgraceful individual lacking any kind of moral compass, nevertheless, Ellroy's pen makes him identifiable especially in some parts of the novel. The readers relish Buzz's recklessness and particular boldness that render his character a lone wolf, a man who dares and has the audacity to put himself in harm's way as he does in the case of Mickey Cohen's girlfriend, Audrey Anders.

Mal Considine is a former Army Major who served in Europe and in 1945, he saved a young woman prisoner at Buchenwald, Celeste Heisteke whom he later married and adopted her 6-year-old son, Stefan. Mal took a divorce from his former wife when she learned about her relationship with Buzz Meeks and moved to a new home with Celeste and Stefan. Unfortunately in The Big Nowhere, Mal has to face an inconvenient truth as he learns that Celeste's story that made him love her madly was in fact a lie, a fabrication aiming to force him to take the Heistekes under his protective wings. His turbulent family life will be overshadowed by his new duties as head of the UAES Commission and his cooperation with the tough-as-nails, Irishman Dudley Smith will prove to be less than harmonious. When Buzz gets too into the equation, Mal will have to keep his eyes open as his closest colleagues may in fact prove to be his deadly enemies. Mal is not such a brave character as Danny and Buzz, nevertheless he possesses a strong intellect that will convince him that the best way to approach his goal of becoming DA's Chief Investigator is to place an infiltrator in UAES who will gather incriminating information about the most prominent members of the Union such as Claire de Haven, the "Red Queen". Danny is the perfect fit for the infiltrator's role and he will be instructed by Mal and Dudley to use all his charm in order to seduce Claire and get closer to her.

One can only marvel at the level of the plot's sophistication and I found it more than often truly difficult to keep up with the multiple characters and the various connections between them. Ellroy's readers have to be slow and deliberate, absorbing every word in order to appreciate the immense depth and beauty of his writing. The dialogue is top-notch and the reader has the opportunity to travel backwards in time and learn the slang of the 50s as he witnesses the quick-witted interactions between the protagonists. There is a kind of dark, very dark, humor permeating the, more than 600, pages of the novel while, at the same time, there are certain parts in the novel oozing morbidity and malaise. The Big Nowhere is a better novel than the Black Dahlia, and paves the way for an even better one, L.A. Confinential which has been adapted into the silver screen by Curtis Hanson in 1997, starring Russel Crowe, Kevin Spacey, and Guy Pearce. For the many Ellroy fans out there there is a great documentary under the title "James Ellroy: Feast of Death", where the acclaimed author talks with real Homicide police officers and narrates facts about his relationship with his dead mother and the projection of his conflicting emotions about her in Elizabeth Short, nicknamed "The Black Dahlia", who was found brutally murdered in 1947. Short became a kind of surrogate mother for Ellroy and her case had been one of most significant influences in his career. Even though it's not strictly necessary to have read The Black Dahlia in advance, it would help you understand some of the references made in the text concerning past scandals and events. The Big Nowhere is a modern masterpiece and Ellroy should be up there with Dashiell Hammett, Raymond Chandler, and Ed McBain as one of the modern pioneers of American hard-boiled crime fiction.