Always expecting something better by the Queen of Icelandic crime fiction. 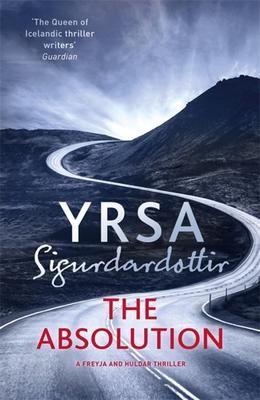 Yrsa Sigurðardóttir is on the top-3 of my all-time best favorite Nordic Noir authors and I firmly believe that the Þóra Guðmundsdóttir book series is one of the finest exports of the genre in the last ten years or even more. Sadly, I find the new ''Children's House'' series to be weaker than the Thora novels and The Absolution confirmed my opinion for the third time. I think that the best book in this new series by the Yrsa Sigurðardóttir was the first one, titled Legacy, while the second, The Reckoning, was the worst both in terms of the reader's engagement with the plot and the actual narration style/flow. The Absolution is a crime novel that stands somewhere in the middle of the above two and while it is a rather enjoyable and entertaining read, it has some major flaws that cannot be overlooked even by the most hardcore fans of the denominated'' Queen of Icelandic Noir''.

The main theme of the book that permeates the whole story from the beginning till the very end is bullying and its devastating effects on the lives of the victims as well as their families. When a teenage girl, Stella, gets brutally murdered in a cinema in Reykjavik by an unknown assailant wearing a Darth Vader mask, the CID Inspector Huldar becomes the head of the investigation which soon makes the authorities realize that Stella was far from being the happy, well-mannered girl that everyone talks about. When the case is finally linked with school bullying, Huldar will have to cooperate with the child psychologist Freya with whom she shares a not so ideal past.

You shouldn't be worried if you haven't read the previous two books in the series, as The Absolution can be easily read as a standalone, though of course, you may miss some connotations having to do mainly with the two protagonists' strained relationship status. Apart from that, the plot unravels at a rather quick pace and there are also the trademark twists that make Sigurðardóttir's novels fascinating to the readers. The main problem lies in the characterization, especially of those who are the ''baddies'' or else villains/antagonists. Sometimes, when the author narrates the inner monologues of some teenage bullies, their thought process seems implausible and lacking realism. It is as if the writer wanted to draw a one-sided, repulsive portrait of the perpetrators without keeping in mind that there is a moral mid-ground inside which the vast majority of people act and behave. I found this to be a bit irritating, especially in some parts, and unworthy of the author's capacity as a crime writer.

The fans of Nordic, and more so Icelandic, crime fiction should add this title to their to-read list, but if you are not familiar with Yrsa Sigurðardóttir's body of work, I would recommend starting reading the Þóra Guðmundsdóttir series first.