"Words govern us more than anatomy".

Martin Scorsese and David Tedeschi, known in the movie industry mainly for his work as an editor, collaborated in directing this excellent documentary on the history, value, and impact of the legendary New York Review of Books, which celebrated its 50th anniversary in 2013. The documentary was released a year later and it contains several interviews with major contributors narrating their experiences from the magazine which hosted articles on various subjects such as literature, culture, economics, science, politics, and others. The magazine established itself as an influential, liberal and -above all- independent medium for all those who wished for a place in which free-thinking was not only permitted but also desirable. I will name just a few of the many of the country's intellectual giants who have featured reviews and articles throughout the magazine's existence: Harold Bloom, Noam Chomsky, Richard Dworkin, Gore Vidal, Vladimir Nabokov, Jean-Paul Sartre and a whole galaxy of other major thinkers. New York Review of Books' first editors were Robert B. Silvers and Barbara Epstein. Epstein edited the magazine from 1963 (its foundation year) till 2006 when she passed away. From then until his death in 2017, Silvers was the sole editor.

The documentary uses mainly interviews to serve its purpose as well as archive footage which brings the audience closer to the last 50 years of American history. All large-scale events during that timespan were covered by the magazine, for example, the Vietnam war, the birth of the feminist movement, the "enhanced interrogation techniques" -a euphemism for torture- used by the American government, etc. The directors chose to quote directly from certain articles/reviews and the words are wonderfully accompanied by a strong visual illustration, helping the audience understand why each thing is mentioned. It is a rather dense documentary, nevertheless not lengthy (its runtime does not exceed the 97 minutes) and the viewer absorbs lots of information from the beginning until the end. The 50 Year Argument was screened in several International Film Festivals (Berlin, Toronto, Jerusalem, Tokyo) and it was aired on HBO on September 29, 2014.

Whether or not you are a fan of the New York Review of Books magazine, this is a documentary that will satisfy you as it is a great way to learn more about the history of the United States from the middle of the last century until today. It is an oasis for the critical and demanding reader who seems to be unable to find high-quality journalism from the mainstream media and longs for text pieces that help him develop intellectually. Concluding I will quote a phrase from Pittsburgh Post-Gazette about The 50 Year Argument that condense the documentary's overall character: "The 50-Year Argument is a rare animal among documentaries because it honors intellectualism — a dirty word in some quarters — rather than a person or an event and proves that ideas are powerful and effective in the hands of serious-minded people." 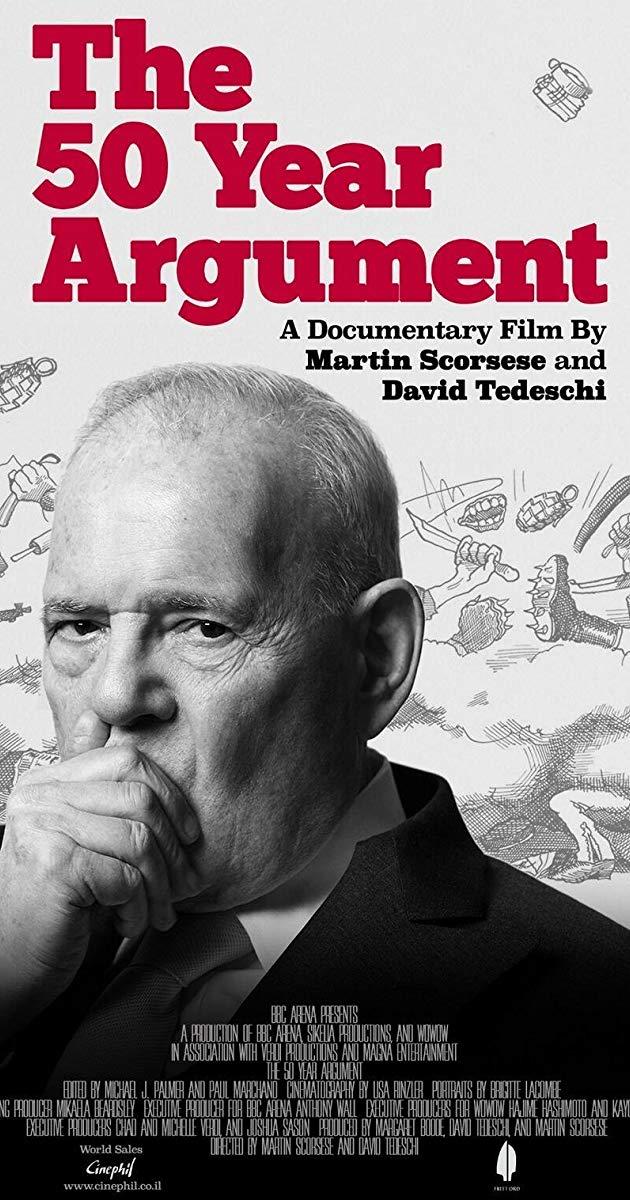