A deeply political thriller from Romania. 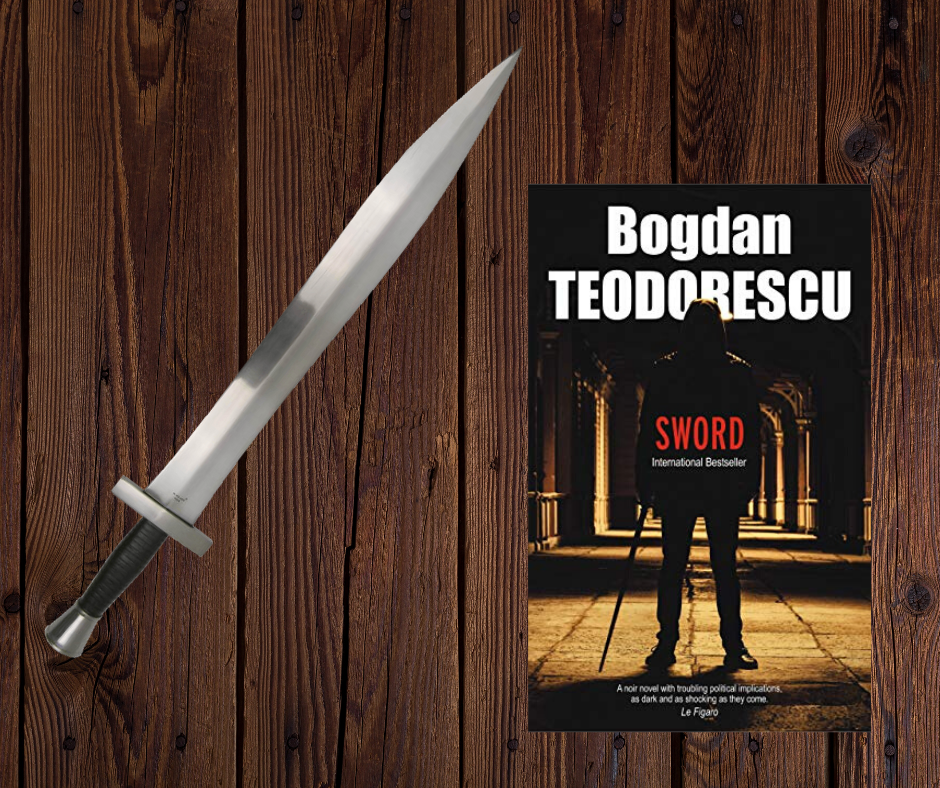 This book was a real treat and one of the most fascinating reads I've had in the last few months. I owe it to the translator, Marina Sofia, who was kind enough to offer me an ARC in exchange for an honest review. The synopsis of Sword is misleading as when I first read it, I thought that this was another police procedural/serial-killer thriller with a different setting. I was so wrong. This is one of the most politicized books I've ever encountered and for the most part, it felt like watching a season of the popular television drama House of Cards. The story involves a series of murders committed against members of the Roma community who also had extensive criminal activity in the past. The victims are found dead with a single sword blow to the front of the throat and soon the press nicknames the killer as the "Sword". In the first pages of the book the writer, Bogdan Teodorescu, writes about the murder of the first victim in an open market in Bucharest and this is the last time that we read about the actual killings. The rest of the book is focused on the political dimensions of this case and it is narrated through myriad different perspectives. Career politicians, journalists, speechwriters, party leaders, intelligence services, the army. In the beginning, I found the constant shifting of perspective a bit disorientating as in nearly every new chapter, a new character is introduced. Nevertheless, as I went on I was immersed in the excellent representation of the Romanian political game and reality. The author is himself a political analyst, a fact that adds to the eerie reality feeling that the book conveys.

Romania is a country that I knew -almost- nothing about but after reading Sword, I feel that I learned something about its recent political history. Cornerstone events are mentioned in the book such as the revolution during December 1989 that culminated in the trial and execution of the notorious Communist General Secretary Nicolae Ceaușescu along with his wife, Elena. Furthermore, the reader has ample opportunity to witness the inner workings of the country's politics through the magnificent dialogues - a bravo is owed to the translator for her remarkable work- that dominates the book's pages. The police investigation doesn't interest Teodorescu and there is not a single word about it. It's all about the consequences of the atrocities on the high-level Romanian politicians, either governmental or oppositional, the public opinion spin game played by the country leaders in conjuncture with the mass media, and finally, the effects on the Romanian population which becomes divided and ambivalent towards the mysterious serial-killer. It should be noted here that more than two million Roma live today in Romania and their existence has become a major political issue as interethnic and interreligious conflicts emerge. As it happens in every European country, there is a fairly high number of Romanians who became radicalized and demanded a more strict policy against the Roma population. In the fictional universe of the book, these people are represented by a far-right political party, National Unity Movement, whose leader is a populist, opportunistic demagogue who will not hesitate to add fuel to the fire as the perpetrator eludes the authorities and conflicts between native Romanians and Roma expand throughout the country. The above events and facts provoke minor and major political upheaval in the course of the book.

The characters in Sword are not particularly likable and the overall description and assessment of the contemporary Romanian political reality are rather bleak. In many ways, the characters presented in the novel, either politicians and journalists or other officials, are reminiscent of many real-life Balkan political representatives. In my home country, Greece we are fully aware of the corruption, nepotism, and malfeasance that are prominent in our own political stage. The theme of racial prejudice is at the core of the Sword as well as the manipulation of the people by their leaders and journalists. Everybody lies, is crooked and/or miser while we are witnessing a great deal of back-stabbing as a result of cold political calculation. Crime fiction fanatics should be warned that this is not the typical action/thriller/whodunit but something completely different, more bold and honest, and worthy of their attention. This is the first time I've read any translated fiction from Romania but certainly not the last as I just found out that there are many intelligent and rewarding authors coming from there.