A film solely based on dialogue between just two characters.

Sunset Limited is originally a theater play, written by Cormac McCarthy whose most popular novels such as No Country for Old Men, The Road, and All the Pretty Horses were successfully adapted into cinema films. The movie is directed by Tommy Lee Jones who is also the actor portraying one -of the two in total- characters of the story. The movie begins with T. Lee Jones's character, who is credited simply as "professor" and without any name, attempts to commit suicide on a train station. For his good -or bad?- luck, Samuel L. Jackson's character, credited just as "black", rescues him in the last minute and convinces him to accompany him to his house for a conversation. The title, Sunset Limited is the name of a train in the film's universe but also a metaphor for suicide, which is the main theme of the movie.

What follows is a 90-minute dialogue between the professor and the black man, who is also an ex-con and addict, in which the two characters contemplate about a number of philosophical, social and existential questions, like the nature of God and religion, the meaning of the original sin, addiction, incarceration, the "burden" of knowledge, and many others. The black man is a deeply religious person whose motives originate in kindness and love for the fellow man. His good intentions though seem not to be enough to save the professor as the latter inhabits a dark world, devoid of any hope or goodness. He says, "Show me a religion that prepares one for nothingness, for death. That's a church I would enter", and continues "The shadow of the ax hangs over every joy (...) every road ends to death".

This highly pessimistic world-view by the professor which can be ultimately boiled down to his phrase, "In the end, it's all about futility", triggers the conversation which though long, it never becomes tedious. I was kept completely focused on the dialogue, and I didn't care for the total absence of action. The script is worthy of Cormac McCarthy's reputation as a writer. The viewer hangs on the two character's words, arguments, and theories about the existence -or not- of God.

The performances are compelling by protagonists, with Tommy Lee Jones shining as the cynic, defeatist professor who is adamant in his beliefs till the ending which leaves room for various interpretations. Sunset Limited is a movie that you will want to talk about with your friends as it concerns every living and conscientious human beings. It will appeal most to those who are keen on the subjects of philosophy, theology or even sociology. 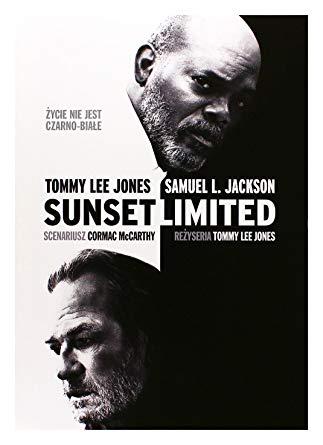