A gritty Hungarian serial-killer pic based on real-life events.

This is a movie based on actual events that occurred in the small town of Martfü (Hungary), circa 1960. A series of grisly murders of young women shocked the community and put the Hungarian Police on red alert. The victims are all brutally strangled and it seems that they were also sexually violated after their death. Initially, a local man, Réti Ákos was arrested and confessed one of the murders, but over time, he was proved to be innocent, another case of false confession. Strangled focuses on the investigative procedure from the authorities, detectives, and prosecutor, while at the same time the audience gets to know the identity of the villain relatively early. Thus, we are watching his moves, all the stalking, and attacks to his new victims as well as fragments of his family life, as he is married with children. This duality, in terms of narration technique, is effective as far as the level of intensity and suspense is concerned as the viewer is constantly on edge to find out what happens next.

Nevertheless, the film is not a strictly defined police procedural as the director, Árpád Sopsits, allows us to take a glimpse into the workings of the Hungarian justice system at the time. When Réti is exempted from his charges, many people inside the judicial structure find themselves in a vulnerable position as they can even lose their job, something that inevitably influences the current investigation. The main protagonists in Strangled are the detective in charge, Bóta (Zsolt Anger) and the young, idealistic prosecutor, Szirmai Zoltán (Péter Bárnai), who carries a tragic personal history and is determined to serve the idea of justice at any cost. I've read a lot of criticism on the performances by the actors, though I think that it is not justified. Perhaps it is not the level of acting that leaves a lasting impression to the audience, but it is nevertheless a decent work by all the thespians.

There are many graphic, violent scenes in the movie and the viewers should be warned that the story involves some pretty disturbing themes like rape and necrophilia. Those who are used to Hollywoodian films of the same genre will be surprised, even shocked, by some of the sequences. Overall, Strangled is a bold picture that stands oblivious to many of the genre's overused tropes and conventionalities, a fact that makes it all the more exhilarating and worth-watching. Hungary is a country that has produced several important crime films during the last few years, such as The Investigator (A nyomozó ), Budapest Noir, The Whiskey Bandit (A Viszkis), and others, so it would be wise to check on any new films produced in the country. 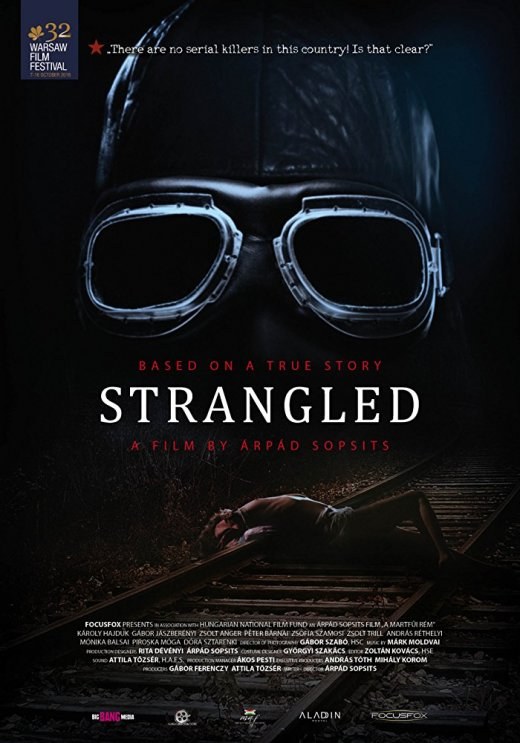