The final season of the acclaimed French crime drama.

This is simply one of the best crime tv series I've ever seen in the last decade and one of the most brilliant European television productions airing today. ''Engrenages'' is a French word that can be loosely translated as a complex mechanism and in the series context, it refers to the French judicial system from the top ranks till the last patrol officer. All seasons feature a central storyline that involves a grisly crime, mainly homicide or/and rape, and the pursuit of the guilty party from a team of the experienced Paris Homicide Unit. The main characters are Laure (Caroline Proust), the captain of the team, Gilou (Thierry Goddard in a magnificent performance), and Tin-Tin (Fred Bianconi) who, more than often, adopt a convenient interpretation of the legal procedures in order to nail the perpetrator(s). Apart from the Homicide Unit, the series focuses also on the professional and personal lives of a judge, a prosecutor, and a female barrister. The direction and acting are both exceptional and offer the chance for the audience to learn a bit more about the mean streets of Paris, a metropolis which seems to always be in a combustible state, facing major problems like drug abuse, extensive street prostitution, aggressive immigrant minorities, etc. Actually, sometimes you may feel that you should stop watching Spiral for a short while to take a breath of clean air, as the depiction of these issues offers no chance of optimism, but on the other hand, you can never do so because the plot is so compelling that you are eagerly waiting for more. It is definitely not the usual stuff that the genre offers and you must have a strong stomach to get through the viewing experience, nevertheless, in the end, you realize the brilliance of Spiral and wish that in the future we will have the opportunity to see more television productions of the same high-quality standards.

The eighth and final season of the gritty French crime drama focuses mainly on Laure, Gilou, and Josephine. Tin Tin, one of the main characters in the previous seven seasons, now works in the Internal Affairs Unit and is totally absent from this cycle. Gilou is facing major charges because of the improper handling of the investigation that took place in season 7 and is incarcerated among the people he used to lock up. His lawyer, Edelman, suggests that Gilou should implicate Laure in his case to get off scot-free, but he denies it vehemently. Gilou is soon approached by Superintendent Bremont who asks him to keep tabs on a dangerous inmate, Cisco, who is believed to have ordered a murder from inside the prison. Gilou accepts the challenge and quickly earns Cisco's trust. When Cisco is released, Bremont arranges for Gilou to get out of prison too in order to continue his undercover work. Gilou is a seasoned ex-cop who is bold and willing to take risks and succeeds in infiltrating Cisco's gang while remaining in contact with Bremont who is his unofficial handler.

Laure's team is sidelined in the aftermath of the previous season's events and time passes slowly for the officers of the Homicide Unit who are thirsty for a fresh investigation to dig their heels in. When a young immigrant is found murdered inside a clothes dryer in one of Paris's most seamy neighborhoods, Laure and her group will seize the chance to look into a case that gets more complex as time goes by and seems to involve immigrant kids, relentless drug dealers and shady gangsters. The victim, a Morrocan teenager, Shkun, was part of a massive network taking advantage of underprivileged kids and forcing them to carry out illegal acts on its behalf. Laure's official police investigation and Gilou's undercover inquiry will gradually merge into one as police find evidence that indicates that Cisco's gang may be involved in Shkun's murder.

Josephine, who is now living with her ex-cellmate, takes on the case of a Moroccan teenager, Souleyman, who is initially suspected as Shkun's possible murderer and soon gets close to the kid and starts having maternal feelings for him. It is quite a change to watch Josephine, perhaps the most selfish and cruel character of the series, getting attached to poor Souleyman who is struggling to survive in a hostile world. It is nice to see the more sensitive side of her which has remained, more or less, hidden in the previous seasons. Josephine will go to great lengths to help Souleyman and the relationship between them will evolve slowly as the plot moves forward.

Spiral is an intrepid television show that dares to tackle many burning social issues, wrapping them masterfully within an engaging plot and many compelling subplots concerning each one of the protagonists. This final season may not be the best one in the series, nevertheless, it retains the trademarks that made this show one of the best TV productions of the genre. The representation of the police investigation is ultra-realistic, the pacing is steady, and the characters are so human and plausible that the audience feels that he knows them personally. Of course, it would be better if you have watched the show from its first season onwards, as the viewers who are not familiar with the main characters will lose the pleasure of witnessing their evolution during the eight installments. The season's storyline is engrossing enough and Gilou's story arc adds up to the tension as he is constantly under watch and suspicion both from Cisco and his superiors. The audience receives closure in the finale that signifies the ending of the most exciting French television production of the last two decades. Spiral is a show that will mainly appeal to European audiences rather than the American ones due to its many special qualities that separate it from the typical productions of the genre as they are featured across the Atlantic. It is recommended to all of those who love rough police procedurals and characters who remain true to life.

You can find the eighth season on Amazon.com: https://www.amazon.com/gp/prod... 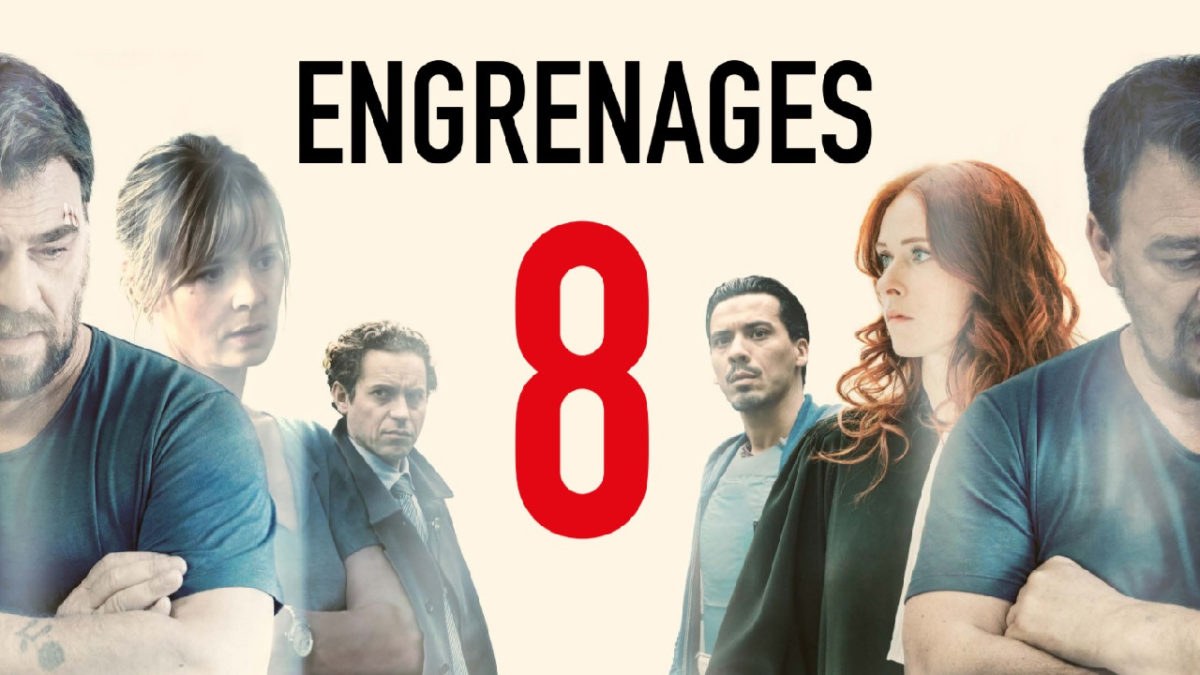