A gritty view on Stockholm's underbelly.

Inspired by the iconic "Stockholm Noir" trilogy written by the Swedish successful criminal lawyer, Jens Lapidus, this Netflix original production maintains the intense, realistic tone of the novels even if the characters and the story are completely different. Snabba Cash (english translation: Easy Money) is the title of the first and best book of the triad and it has been adapted into an equally impressive feature film, directed by Daniel Espinosa and starring Joel Kinnaman, Dragomir -"Gago"- Mrsic, and Matias Varela (for a full review of all three movies click here). The author's professional experience proves to be the catalyst for the brilliant outlining of the main characters who don't abide to the usual portrayal of gangsters of the American tradition, but dares to move a step forward and depict the harsh reality in which they live in that too often leads to the creation of delinquents. Both the first book and the film were immensely well-received by the readership and the audiences and Lapidus became one of the most prominent Swedish crime writers in our age. His involvement in the creation of this series guarantees the legitimate on-screen interpretation of his particular writing style. Oskar Söderlund, a celebrated Swedish screenwriter known for other Nordic noir television productions such as Rebecka Martinsson and Greyzone, is the head writer and it is rumored that he worked closely along with Lapidus to create the show's gritty, naturalistic script.

Those who are familiar with Lapidus's body of work know that his merits as a crime writer are comprised of his singular ability to illustrate the gangster lifestyle under a vivid, though not favorable, light and his tendency to take a distance from the actions of his protagonists, leaving the reader to make his own moral judgements on their deeds. People are not good or bad and the Swedish lawyer loves to explore the gray shades of the moral spectrum where the vast majority of humans live. Easy Money, the novel, features three main characters who struggle to survive in the gangsters paradise of today's Stockholm. JW, Mrado, and Jorge are all of different social and ethnical backgrounds and the common denominator between them is their greed, their inclination to get more each for his own reasons. Mrado wants to offer a better future to his beloved daughter, Lovisa, JW aspires to become an entrepreneur and Jorge simply wants to climb the ranks in the criminal world. Their personal stories collide and their fates become intertwined as Lapidus weaves an absorbing plot in which the protagonists are faced with major dilemmas and their final decisions seal their destiny. Even though the majority of the featured characters are charmed by the thug lifestyle, the reader can identify and root for them as their motivation and conflicting emotions hit too close to home.

The show adopts the same narrative structure and direction, while it is set in an unrecognizable Stockholm where the shabby residencies and vast empty spaces of the lower-class suburbs are juxtaposed with the deluxe Stureplan nightclubs and the posh apartments of the rich and successful Swedes. There are some action scenes shot in a hand-held camera adding to the speed and intensity of the sequences, while the actors deliver solid, plausible performances in difficult roles. Evin Ahmad is the ambitious, tough-as-nails, Leya, Alexander Abdallah is the relentless gangster, Salim, and Ali Alarik is Tim, a 15-year-old Swede who becomes immersed in the gangster lifestyle after doing some shady jobs for the drug-kingpin Ravey (Dada Fungula Bozela). Salim is Ravey's most precious bodyguard and he often has to use violence in order to defend his boss or eliminate members of rival gangs who are trespassing on their territory. Leya is a mother of a little boy, Samy, and the sister-in-law of Ravey's. Being the uncle of Samy, Ravey is close to Leya as he is trying to be a father figure to the kid. Nevertheless, Leya doesn't feel comfortable around him and she doesn't even want to know about his obscure, illegal activities.

Things will take a turn for the worse when Leya will lend some money from Ravey to fulfill her dream of becoming the boss of a large financial enterprise. At the same time she will meet Salim and they will begin a romantic relationship both oblivious of the mutual links to Ravey. Meanwhile, a war is brewing in the streets of Stockholm as Ravey's gang will clash with that of Danny's, a young thug who deals drugs in Ravey's turf and challenges his dominance. Teenage Tim will get to the midst of this collision and he will finally be saved by Salim who seems to care about the young Swede and wants to protect him from the horrors of the gangster world. Salim is perhaps the most interesting character of this show as he is full of contradictions that make him all the more human and three-dimensional. In the first scene of the first episode we watch as he liquidates one member of Danny's gang and injures another in a manner reminiscent of that of Mrado's in the titular movie. As the story moves forward and we get glimpses into Salim's personal life, we observe the desperation of a man who is tired to live like a heavyweight criminal and wants to settle. His liaison with Leya offers him a brief respite from his day-to-day tedious life and he believes that perhaps he has found the right person to move on.

Of course things will get messy and no one will be spared from a cataclysmic climax where many bullets will be flying and some of the protagonists will get exterminated. I found the pacing of the show to be even, though not flat, and the story compelling enough to binge-watch all the six episode of this first season. Judging by the final scene of the season, there will be another coming soon and I hope that it will be of equal quality. Snabba Cash is one of the best Netflix Nordic television production and it is worthy of your complete attention. It is a treat to watch if you've read the books or watched the films, but it can also constitute a great introduction to Jens Lapidus's fictitious universe. As a series it is very similar to Top Dog, another adaptation of the same author's book, and the aficionados of Scandinavian crime fiction will definitely love it. It should also be mentioned that the show features an explosive soundtrack which fits the story perfectly. Make sure you won't miss this little gem of the genre and if you have the chance read the novels too. 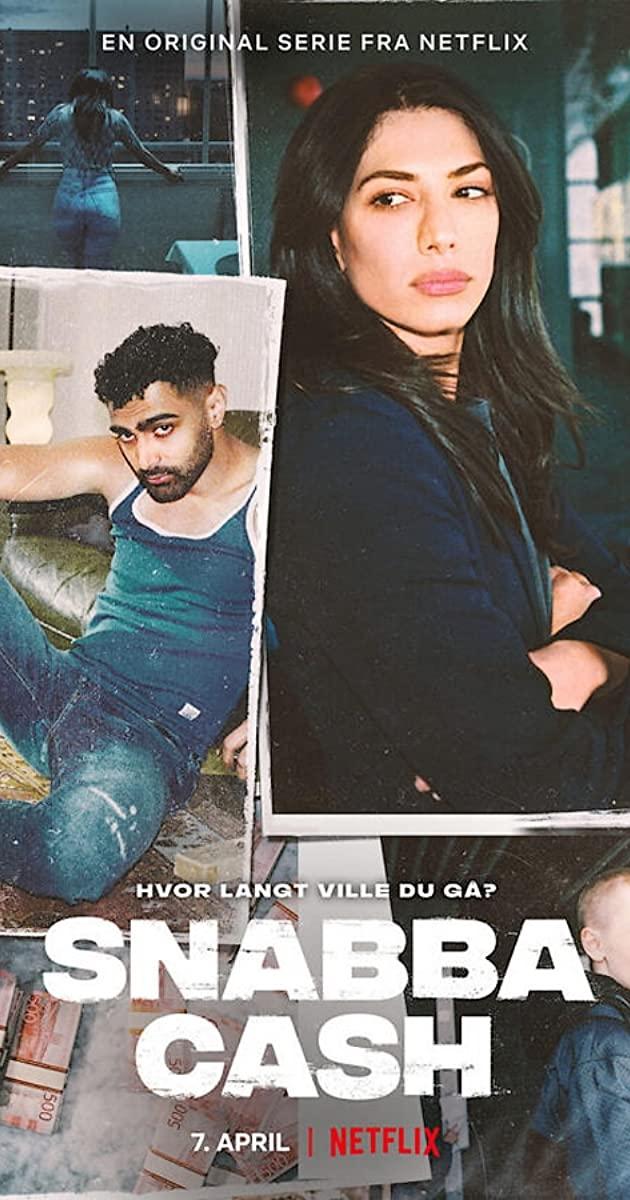