MICRO-REVIEW: Secrets of the Tattooed Girl

One of the best reference books on the "Millenium" trilogy and Stieg Larsson. 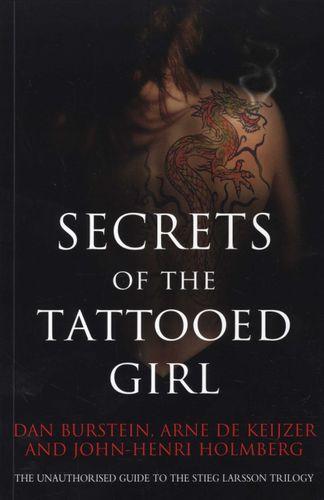 As a devout Nordic noir aficionado, I couldn't miss this excellent reference book containing a large number of enlightening articles regarding the "Millenium" trilogy phenomenon and the life and work of the deceased Stieg Larsson. John-Henri Holmberg who writes many of them is a Swedish author, critic, publisher and translator who had a personal, friendly relationship with Larsson, thus he has deep knowledge of his temperament and character as well as the publication history of the three novels. The Tattooed Girl consists of small chapters covering a wide variety of subjects as well as some enticing interviews from acclaimed Swedish authors like the Anders Roslund/Borge Hellström writing duo and the husband and wife team of Alexander and Alexandra Coelho Ahndoril, also known by their nom de plume, Lars Kepler. There is also interesting information concerning the aftermath of Stieg's death and the feud between the Larsson family and Larsson's lifetime partner Eva Gabrielsson for the rights to the "Millenium" series. Stieg and Eva never got married and the Swedish law states that she has no rights over her partner's intellectual legacy. Thus, the rights now belong to Stieg's father and brother who decided that the series would continue with another author, the Swedish journalist David Lagercrantz, mainly known by his biography books and his fictionalized novel about the British mathematician Alan Turing (Fall of Man in Wilmslow). Eva strongly disagreed with this decision but she has no say in the matter for the reasons I explained above. There is a chapter written by Paul De Angelis, titled In Her Own Words which summarizes the dispute between Gabrielsson and the Larssons and for those who want to delve further into this subject there is also the biography that Gabrielsson herself has written, titled There Are Things I Want You to Know About Stieg and Me. I also enjoyed the comparison between Noomi Rapace and Rooney Mara, the two actresses who portrayed Lisbeth Salander in the Swedish (Niels Arden Oplev/2009) and the American (David Fincher/2011) cinema adaptations of the first novel, both titled The Girl With the Dragon Tattoo. If you liked the novels, or even the films, and want to know more about Stieg Larsson this is the book to start with.

Secrets Of The Tattooed Girl