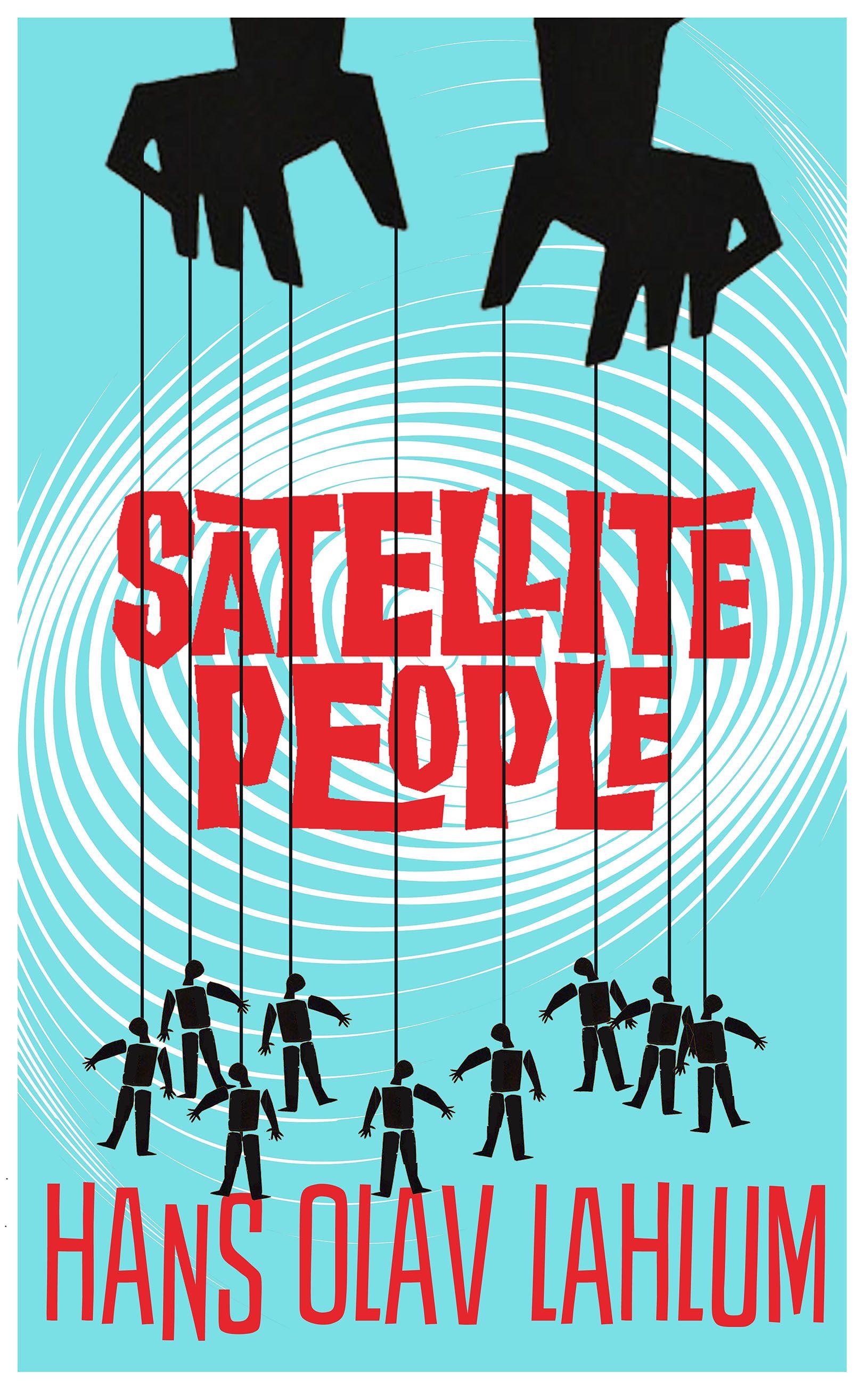 "Yes, that's true, but I would be inclined to say rather that we are dealing with ten satellite people (...) They are individuals who for whatever reason move in a more or less fixed orbit around another person. It is a phenomenon that can be found in many relationships and at all levels of society." (p. 121)

This is the second installment in Hans Olav Lahlum's "K2" series and the novel that succeeded the profoundly successful debut of the Norwegian author, The Human Flies. Lahlum adopts the same recipe plotwise as Satellite People is another closed-room mystery that gets solved by the two protagonists, Kolbjørn Kristiansen and Patricia, through the persistent interrogations of the people involved in the crime. It could be argued that the author pays once again homage to Agatha Christie and her work in terms of narrative structure and plot evolution, though Lahlum's books definitely stand a level above Christie's novels as the writing style and the quality of dialogue are such that convince the reader of the Norwegian crime fiction writer's talent in crafting a captivating mystery which also retains a high literary merit. As Lahlum himself has stated in various interviews his influences originate from the classics of the genre such as Arthur Conan Doyle and Agatha Christie, though the final outcome is not a mere imitation of the aforementioned authors as he embellishes his own, unique signature mainly through the exemplary use of prose and vocabulary.

Lahlum employs the dynamic metaphor of Satellite People to describe those individuals whose lives swirl around the orbit of people with great wealth and power. Magdalon Schelderup, a highly successful businessman who has been also involved in politics in the earlier stages of his life is the victim of a domestic murder and the man who dominates the lives of the ten suspects in different ways. Magdalon has an array of dark secrets dating from the painful years of the Second World War and the German occupation of Norway and his authority extends to a wide group of people with whom he shared the days of his youth. He is a patriarchal figure who oppresses his children and spouses and compels them to act in the shadows in fear of his disapproval and denunciation. As Kolbjørn and Patricia dig deeper in the bizarre case of Magdalon's murder, they unearth a vast number of his past less than honorable deeds and realize that each and every suspect had a good reason to want him dead.

The story begins with Kolbjørn, nicknamed "K2", receiving a phone call from a distressed Magdalon Schelderup who says that he thinks that an attempt on his life is imminent. When Kolbjørn asks him if he has someone specific in his mind as the possible killer, Magdalon replies that everyone in his close circle of acquaintances could be a potential perpetrator. The two men arrange to meet in a few days but Magdalon gets murdered before the appointment in his own house from food poisoning. The crime takes place during a dinner organized by Magdalon and the ten guests are all suspects until proven otherwise. There are Magdalon's three grown children, his ex-wife, his secretary with whom he was smitten, some friends from the days of the war, and his business manager. As Kolbjørn begins to interview the ten individuals, he gathers information about the relationship between the suspects and the victim. Keep in mind that you will perhaps need to keep notes in the beginning in order to keep track of the complex web of liaisons between the main characters.

As it also happened in The Human Flies, Kolbjørn seeks the help of Patricia, a brilliant teenager who is bound to a wheelchair due to an accident that left her paralyzed from the waist down. The chemistry between the two protagonists is reminiscent of that between Sherlock Holmes and Dr. Watson with Patricia being Holmes and Kolbjørn being Watson. In fact, Kolbjørn's job is to conduct the interrogations in his professional capacity as a police officer and to gather the necessary information needed to get to the bottom of the case. Patricia, on the other hand, is the analytical mind who receives the data from Kolbjørn and traces the obscure connections between the people and the crucial plot events, while prompting her partner to ask the right questions to the right people at the right time. Patricia's contribution is once again pivotal to the case and Kolbjørn struggles to follow her line of reasoning, often feeling like an imbecile having to witness Patricia's flawless deducting skills. Lahlum draws a rather sympathetic image of both Kolbjørn and Patricia, nevertheless he adds some character defects that makes them all the more human.

Satellite People is a first-class cozy mystery that transports the reader back in time as it is set in 1969 while a significant part of the story concerns the years of the Second World War and the action of the Norwegian Resistance. Historically speaking, the novel offers a lot of information regarding the turbulent years of the Nazi occupation and the real facts are merged masterfully with the fictional ones in a way that only Hans Olav Lahlum is capable of. The story moves forward mainly through Kolbjørn's interviews of all those implicated in the case and, of course, his heated discussions with Patricia that clear up the most ambiguous parts of the investigation. The pacing is rather fast due to the extensive use of dialogue while the descriptive pieces are limited to a couple of paragraphs in the beginning of each chapter. I can say that I enjoyed this book equally to the first one and I consider the "K2" series to be one of the best Norwegian crime fiction exports of the last decade. If you haven't yet tried Lahlum's novels then this is the moment to begin reading the work of the Norwegian response to the classic English cozy mystery tradition.