Erlendur's first murder case- An introduction to a remarkable character. 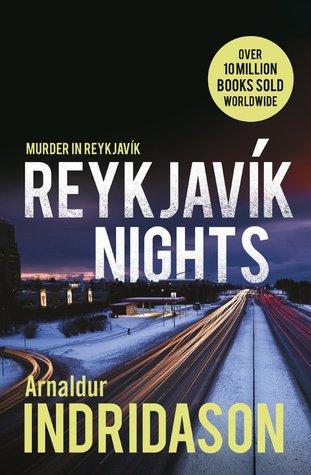 "His thoughts shifted to the Reykjavik nights, so strangely sunny and bright, yet in another sense so dark and desperate (...) Some the night provoked and seduced; others it wounded and terrified". (p. 59)

I am a loyal fan of Arnaldur Indridason's work and I've devoured all his novels, either in the Inspector Erlendur series or standalone, except Operation Napoleon. The Erlendur series is one of my all-time favorites as through the course of 11 books in total, from Jar City to the brilliant Strange Shores, I came to love the grumpy, mercurial Reykjavik CID detective who seems to feel constantly disconnected from his fellow human beings, even if they are his wife and kids. So, I couldn't wait to read Reykjavik Nights as it is a novel that is set in Reykjavik circa 1970, with Erlendur being a rookie traffic police officer working most of the night shifts. Erlendur is just 28 years old, a young man who still bears the childhood scars caused by his brother's disappearance during a blizzard, a decisive event in Erlendur's life that shaped his adult character and behavior. It is due to this terrible event that Erlendur is fascinated with cases of disappearance or cases that went "cold", thus unsolved and archived.

The story begins when a group of youngsters stumbles upon a dead vagrant who is floating in one of the city's ponds. The poor drifter's name was Hannibal and Erlendur has met him during the long night shifts when he was called to restore the peace throughout Reykjavik. For some reason that we, as the readers, learn only in the last pages of the book, Erlendur is deeply moved by Hannibal's demise and suspects foul play in a case that has been labeled as a suicide. Hence, he starts his private investigation, delving deeply into the city's underbelly where we meet familiar characters such as Ellidi and Holmberg (from Indridason's masterpiece, titled Jar City). Even as a rookie, uniformed traffic police officer, Erlendur exhibits the crime-solving skills that would later make him one of the most valuable investigators of the Reykjavik Criminal Investigation Department.

Indridason uses a simple, nevertheless effective, prose with short chapters and paragraphs, and he succeeds, as he always does, in retaining a slow but steady tempo that keeps the suspense alive throughout the novel's 300 pages. The plot is neither elaborate nor over-complicated, it is a rather straightforward story that consists of two, seemingly unrelated at first sight, events: Hannibal's drowning and the disappearance of a young woman, Oddny who went missing around the time that Hannibal met his demise. Erlendur will soon suspect that those two cases are interconnected and will finally manage to solve the case and reveal the perpetrator.

But, Reykjavik Nights is not a crime novel that is based on an intricate plotline or a mixed narrative style. It rather relies on Indridason's Doric writing style and his amazing talent to say so much, even though using so few words. The depiction of Reykjavik during a past era is vivid and the reader will very quickly be immersed in the world of the popular Icelandic crime fiction author. It is imperative for everyone who enjoyed the Erlendur books to read this the same is true for the Nordic noir fans who demand high-quality entertainment. In my opinion, Reykjavik Nights is perhaps on the top-3 of Indridason's novels, along with Strange Shores and Jar City. I can unreservedly recommend this one with all my heart.