An innovative approach to storytelling by Silje Ulstein. 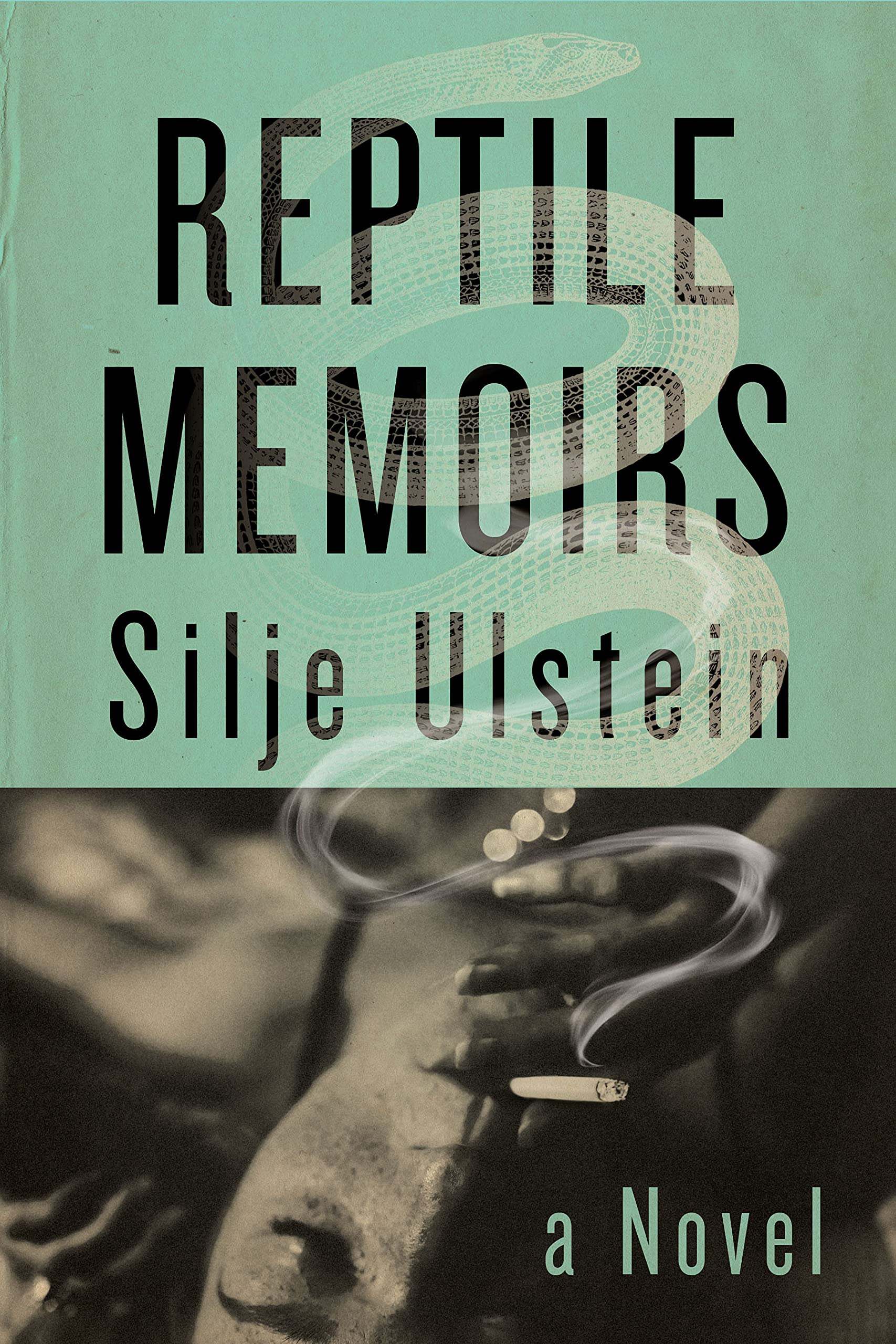 In one of the most compelling, well-written and thickly plotted debut crime novels of the year, the Norwegian author Silje Ulstein exhibits her unique skills in creating suspense while at the same time outlining plausible characters and the final result is an absorbing text that is bound to gratify the Nordic crime fiction readership globally. Reptile Memoirs is a brazen writing attempt that doesn't hesitate taking huge risks by introducing a six-meter-long python as one of the -many- narrators of a story which bears all the hallmarks of the genre: multiple perspective narrative, disturbing themes, and morally dubious protagonists whose actions often render them vile and forlorn to the eyes of the reader. Despite her inexperience, Ulstein delivers a masterclass in multiple POV narration, charging various characters with the duty to recount a tale of buried secrets, broken family relationships, featuring protagonists whose main desire is to leave the past behind and start anew, seeking escape or absolution in a different environment and, sometimes, under a new identity. The text doesn't shy away from graphic descriptions of horrendous acts and the readers should be ready for an intense experience that will often test their limits and expose their innermost fears in several vivid depictions of brutality against the most vulnerable members of society.

The plot unfolds in two timelines: the first is set in the past, during the years of 2003 and 2005 while the second takes place in 2017. This double timeline is handled expertly by the author and there is not even a moment of confusion or disorientation for the reader who instantly becomes acclimatized to the similarities and divergencies between them as far as the character or certain crucial plot events are concerned. The split chronology storytelling serves the purposes of the writer best as it is essential to delve into the distinct timelines in order to fully grasp the complex nature of the main characters and the strained relationships that bind them together. Liv is an excellent example of a protagonist in a Nordic crime thriller as her peculiar emotional composition prompts her to believe that she shares a special kind of attachment with a python, a creature belonging to the reptile species and lacking the necessary organs to meaningfully interact with humans. Nevertheless, Liv is so enchanted by the acquisition of Nero, the name that she chooses for the python, that she believes to be in a position to communicate with him, even hearing him utter words that incite some of her most ethically questionable actions, aiming to please Nero's ever-growing hunger for live prey. The theme of the unique bond between Liv and Nero recurs throughout the story and the snake displays all the characteristics required to be considered as a character equal to his human counterparts.

Chronologically, the first scene of the story is set in 2003 when we are introduced to Liv and her two friends, Egil and Ingvar, a group of youngsters who spend their time getting stoned and watching television in their shared apartment in the town of Ålesund, mostly known for its art-nouveau architecture and the large port. After watching a documentary featuring snakes, Liv becomes obsessed with the idea of owning one and soon she manages to convince her two flatmates who think that having a python in their apartment will be something considered cool by their peers. Thus, Nero enters the picture and even from the beginning Liv's fascination with him is evident in the way she tends to isolate herself from the others in order to be close to the reptile and soon she becomes convinced that Nero is trying to tell her something using the human language. The words discerned clearly indicate that Nero is ravenous for eating other, preferably smaller, animals and Liv is eager to obey to her new companion's wishes even if that means compromising some of her most essential moral rules.

In the 2017 timeline, we follow Mariam's narration, a wealthy young woman who is the CEO of one of the biggest local companies in Kristiansud and married to a member of the town's council, who is out for shopping with her teenage daughter, the 11-year-old Iben. After an argument regarding a rather trivial matter, Mariam and Iben will part ways and it's only after returning to her home at night that Mariam realizes the fact that Iben is missing for the last few hours. After some initial, frantic attempts to find her daughter, Mariam starts to think and understands that Iben has to be taken by an individual who is out to hurt Mariam using her daughter as leverage. Mariam's past is filled with secrets and there is a large pool of potential suspects who could be responsible for Iben's disappearance. Not trusting the authorities to solve the case and with her husband silently accusing her of neglect that led to their daughter's abduction, Mariam will have to return to her hometown and revisit some of her old acquaintances, people with whom she shares both good and bad memories. Her personal quest for the truth will signify a trip into the dark places of her youth and the reliving of the horrible experiences that shaped her personality.

Apart from Liv and Mariam who are the main narrators, we watch the plot unravel through the eyes of the two police investigators who are assigned to the case, Roe and Ronja's. Roe is a sixty-year-old seasoned police officer who has a certain degree of experience in sexual crimes and his skills as an interrogator are unparalleled among his colleagues in Kristiansud's precinct. Roe carries a somber personal history as several years ago, he lost his daughter and granddaughter in a fire which eradicated all the things that he held dear in life and extinguished any kind of hope for his remaining years in earth. Struggling to overcome his grief and tantalized by unanswered questions concerning his daughter's untimely death, Roe will show an unusual interest in Iben's case and his behavior toward Mariam in the first interview is considered as borderline rude by his superiors and colleagues. It seems that Roe has a hidden agenda and his obsession with Iben's investigation threatens to reopen old wounds for him, especially as the story reaches its climax. Ronja, a rookie police officer who helps with the practical aspects of the investigation, provides her own angle to the story, gradually discovering evidence that upend the initial assumptions embraced by the investigative team.

Of course, there is also the contribution of Nero's point of view that yields a fantastical, bizarre facet to the narrative which unfolds in a relatively slow, though steady, rhythm. Ulstein's austere, cold-blooded as a snake, prose is relentless in its descriptive parts and rigorous in the characterization aspect that dominates the novel as a whole. Even though there is a certain amount of suspense pervading the pages of Reptile Memoirs, the main focus is placed on the protagonists and their choices that result in the sticky situations that torment them for the last 15 years. There are plenty of twists, some of them planted halfway and others in the ending pages, that explain the various questions that arise from the book's dense plot. The mystery element, concerning both Iben's fate and the exact nature of Mariam's past deeds that still haunt her and led to her daughter's kidnapping, find a satisfying explanation in the final part of the novel that leaves no loose ends and provides the readers with a thorough conclusion. The who-is-who and the troubled relationships between the narrators become apparent as the story moves forward in a meticulous pacing by the author who knows how to protract the readers' anticipation and turn his suppositions regarding the story upside down in a plausible and effective way.

I found Reptile Memoirs to be one of the most innovative and refreshing Scandinavian crime novels of the last few years and I believe that Silje Ulstein has already been added to the long list of the Norwegian masters of the genre, beside Jo Nesbo, Samuel Bjork, Gunnar Staalesen, and Karin Fossum. The idea of a snake becoming a storyteller is successfully implemented in a rich text that keeps the reader engrossed and glued on his seat despite the many disturbing sequences that are destined to rattle and unnerve you. Perhaps, the book could be 40 or 50 pages shorter as there are some chapters that seem to add nothing substantial to the overall narrative or the characters' accurate portrayal. Nevertheless, this is is a crime/thriller that you can devour in a few sittings as there are so many merits and qualities embedded on the text that you will be quickly drawn into its grotesque universe. Fans of Nordic crime fiction should waste no more time and add this one in their TBR list and the same applies for those who are not faint at heart and prefer their thriller to be graphic and detailed in its descriptions. Reptile Memoirs will certainly be nominated for an award of the best debut crime novel of the year and Silje Ulstein is already acknowledged as a new, powerful pen in the closed circle of the best Nordic thriller writers. 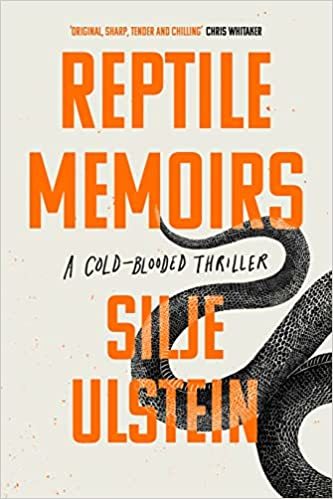