Ida Engvoll steals the thunder in the role of Rebecka.

Åsa Larsson is one of the least popular Swedish crime authors, nevertheless, her body of work constitutes a noteworthy addition to the Nordic noir genre. Her series featuring Rebecka Martinsson, an idiosyncratic young lawyer from Stockholm, has won critical acclaim and the total number of novels in the series so far is five. The first season of Rebecka Martinsson consists of eight episodes that are divided into pairs of two for each novel written by Larsson. Thus we have: The Blood Spilt (episodes 1 and 2), The Black Path (episodes 3 and 4), Until Thy Wrath Be Past (episodes 5 and 6), and The Second Deadly Sin (episodes 7 and 8). The producers chose not to include an adaptation of the first installment in the series, Solstorm. Perhaps this is due to the prior shooting of the titular movie in 2007 by Leif Lindblom, starring Izabella Scorupco as Rebecka Martinsson and Mikael Persbrandt. Lindblom's movie was a mediocre adaptation of a mediocre book, as in Solstorm, Larsson's narrative style and plot coherence haven't yet been developed in the high standards that they did in the later novels and the plot apart from being implausible, had several holes. In the movie, Scorupco gives a convincing performance as the protagonist even though the rest of the cast seems to be out of their depth.

In this series, Ida Engvoll, the Swedish actress that the audiences have seen in plenty of movies and television series like Arne Dahl: Europa Blues, Beck, A Man Called Ove, proves to be the perfect fit for the role of the brilliant, though emotionally and mentally unstable, young female prosecutor. The setting is the little village of Kuravaara, near the town of Kiruna on the northernmost part of Sweden where the temperature is freezing and the landscape is known for its wild, almost inaccessible, beauty. It should be mentioned thatÅsa Larsson, even though born in Uppsala, was raised in Kiruna, so she possesses a deep knowledge of the landscape that is reflected in her prose, especially in the excellent descriptive parts. Rebecka, who lives in Stockholm with her fiance and works in a big law firm, returns to her hometown to attend the funeral of a person who was important to her, Mildred, a kind of substitute mother for her. She is first believed to be a victim of a terrible accident, though Rebecka soon finds out many holes in the original investigation and suspects foul play. Anna Maria Mella (Eva Melander) is the chief police investigator in Kiruna and an old friend of Rebecka's and she attempts to launch a homicide investigation for Mildred's death. This is a brief synopsis of the first two episodes of the show and I will not write anything more as it would spoil all the fun.

What makes Rebecka Martinsson stand out from other Scandinavian crime shows is the intense, powerful performance by I. Engvoll who is very similar to Rebecka's image that I created when I was reading the books. Engvoll is an actress with a wide range of skills and her acting in the episodes where she plays Rebecka having a total nervous and mental breakdown is top-notch. I cannot remember a female performance of similar fortitude in similar Swedish TV shows, perhaps with the only exception of Miranda Richardson's in Before We Die (original title: Innan vi dör). Furthermore, the producers were careful not to alter the plotlines of the books, retaining the main story and plot points. As a result, the show numbers among the best Swedish crime television series of the last five years along with Before We Die, Spring Tide, The Lawyer, etc. If you enjoy a proper Nordic crime/mystery series, then Rebecka Martinsson should be one of your top choices.

You can find the first season of the series on Amazon.com: https://www.amazon.com/gp/prod... 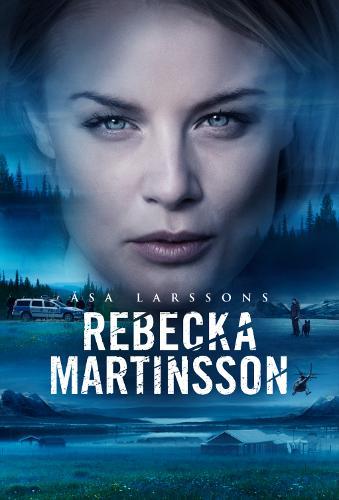