The words ''bleak'', ''raw'', ''brutal'' or ''merciless'' do not do justice to this little-known and underrated Danish gem, directed by Tobias Lindholm and Michael Noer and starring one of the best Scandinavian actors today, Pilou Asbæk. The film opens with our protagonist, named Rune (hence the R of the title), sitting in a prison transport van heading to the notorious Horsens prison, where he is put to the most hardcore ward populated by the country's worst thugs. Rune is intelligent and strives in order to survive the tough prison life, while he hatches a plan of an efficient way to deliver the drugs inside the prison. Because of that, Rune is slowly beginning to climb the ladder in the native (Danish) gang of inmates, but unfortunately for our hero, his future is not at all bright and after a betrayal from people he shouldn't trust finds himself in the worst position that an inmate can be, thus owing the big boys a lot of money. This is one of the most horrid and grim prison films ever made and the ominous atmosphere which permeates the confined space of Horsens prisons, which was a real prison till 2006 and now is a museum, is ever-present. The movie is at times hard to watch, not because of gory scenes, but because of the realistic (physical and psychological) portrayal of violence. The actors do a truly terrific job, and along with Asbæk, Roland Møller and Dulfi Al-Jabouri deliver strong performances. The ending scene was one of the most shocking, I've ever seen in a film and acts as the most appropriate finale to a dark and disturbing story. This is a movie not recommended for those faint at heart, but it is also an unforgettable cinematic experience. 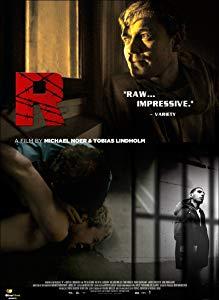