This is a three-part mini-series that aspires to portray accurately a major scandal that took place in England in 2001 and revolves around the alleged cheating of a player in the popular television quiz show "Who Wants to Be a Millionaire". The show was a massive success in the United Kingdom and its format was adopted subsequently by several countries in Europe and the United States which aired the show under the same title. In September 2001, an army Major, Charles Ingram, won the grand prize of 1.000.000 pounds answering correctly in fifteen multiple-choice questions of increasing severity, but the producers of the show immediately suspected that something was wrong regarding his outstanding performance. In the footage of Ingram's game, they detected some suspicious coughing coming from the audience that supposedly indicated the wrong answers to the player sitting in the hot chair. The members of the audience in question were Ingram's wife, Diana, and a timid man sitting in the fastest-finger chairs, Tecwen Whittock.

The case went on trial and Charles, Diana, and Tecwen were ultimately found guilty by the jury and given a suspended sentence, thus avoiding imprisonment for their crime. There is a controversy over whether the trio actually cheated or not and the producers of Quiz are careful not to endorse one view or the other. The creators of the series declared that they wished to make a balanced production where the viewers get to form their own opinion after presented with the cold facts and the arguments from either side. I read many hateful reviews, most of them written by people who are convinced of the Ingrams' guilt and seem to believe that this show is nothing more than an attempt to exonerate the protagonists who are presented in a rather favorable light. While I don't necessarily agree with them, I have to admit that at the end of the third and final episode, I was left with the impression that the couple, as well as Tecwen, could be innocent and they should be given at least the benefit of the doubt.

Quiz is directed by the veteran English auteur, Stephen Frears, who is widely known for his films Dangerous Liaisons, Dirty Pretty Things, and The Queen. The series features a carefully selected cast with Mark Bonnar (Shetland, Line of Duty), Michael Sheen (Frost/Nixon, Midnight in Paris), Sian Clifford (Liar, Fleabag), and Matthew Macfadyen (Pride & Prejudice, The Three Musketeers). Sheen gives an impressive performance as the show's host, Chris Tarrant. He has studied his role so meticulously that he has absorbed all the peculiar mannerisms of the real Chris Tarrant and morphs magnificently into his character. Macfayden and Clifford are both captivating as the Ingram couple who face an unprecedented challenge when their extraordinary story is put into the public spotlight. Mark Bonnar is exceptional, as always, in the role of Paul Smith, the creator and producer of "Who Wants to Be a Millionaire", who is determined to put away the Ingrams for ruining his life's work.

This is an enjoyable show and its short length, three episodes of forty-five minutes each, makes for a quick watch. I watched it in just one sitting and I was quickly drawn to its bizarre storyline which becomes even weirder when one considers that this is a true story. I am not British, so I had no prior knowledge of the incident and that helped as I had not had an already formed point of view on the subject. Quiz has high production values, stark performances, and a unique true-life scenario that is worthy of the viewers' attention. The courtroom scenes in the final episode are great, though they are emphasizing on the defense's arguments rather than the prosecution's. Its only flaw is that some sub-plots are not explored in-depth, like that of the quizzing fraternity, and finally, they seem to be unrelated to the main storyline. Nevertheless, it remains a riveting show that guarantees entertainment and leaves the audience to decide what is true or not concerning this incredible true story.

You can watch this show on Amazon.com: https://www.amazon.com/gp/prod... 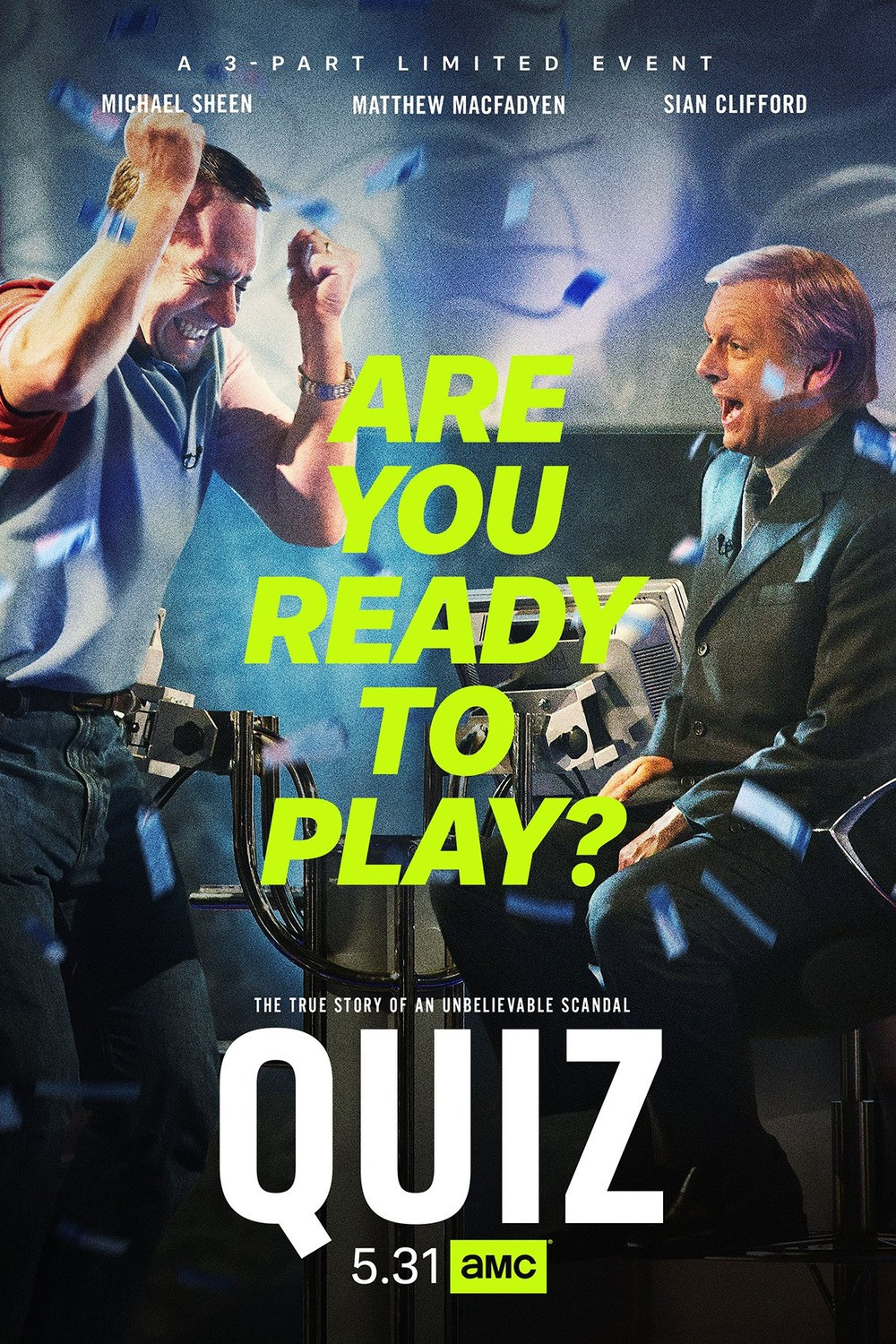