In 2018, Gustav Möller written and directed Den Skyldige, starring Jakob Cedergren as Asger Holm, a suspended police officer awaiting trial for an unclarified case who has been temporarily transferred to the dispatch call center of a Copenhagen precinct. The film was shot exclusively in the police department and Asger was the only protagonist in this highly innovative, Hitchcockian tale of atonement that relied on its suspenseful script and spot-on dialogue to create a claustrophobic atmosphere.

The success of the original led to this 2021 Netflix remake featuring Jake Gyllenhaal as the protagonist, Joe Baylor, a disgraced cop now working as a 911 dispatcher. Even from the beginning of the movie, we learn that this is Joe's last shift and that he will be put on trial the next day for reasons undisclosed to the audience. When he receives a distress call from a panic-stricken woman who claims that she has been abducted, the protagonist will enter an existential journey to his innermost self that will forever change him.

Nic Pizzolatto, known for his involvement in popular TV shows such as True Detective and The Killing, is the screenwriter of The Guilty and his work is heavily based on that by Möller as the dialogue is almost identical to the first film. There is nothing new added to the script, so if you've watched Den Skyldige there will be no surprises regarding the story or the evolution of the plot. I was expecting something more than a copy paste of the original and although this American version is by no means an inferior production, it certainly leaves a lot to be desired.

Nevertheless, the audience who is not familiar with the Danish version has the opportunity to watch a decent thriller unraveling inside a confined space and through the protagonist's telephone interactions with the other characters. It's a movie that features no action and it's solely the dialogue that moves the story forward, thus evoking a feeling of suspense reminiscent of the work by the grandmaster Alfred Hitchcock. The ending is fitting to the story as well as heartbreaking and the viewer is left mulling over Joe's final predicament.

The Guilty is a rare film in terms of storytelling and its odd narrative structure constitutes the number one reason to watch it. It will certainly appeal more to the European audiences and those who are tired of the Hollywood's generic productions of the thriller genre. Jake Gyllenhaal's performance is comparable to that of Jacob Cedergren's in the original and the metamorphosis of the character is portrayed convincingly by both the experienced actors. It's an easy-to-watch movie and one of the best choices in the current Netflix catalogue. 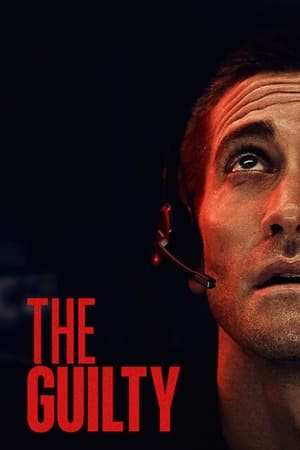