Icelandic horror at its best.

Based on the terrifying, bestselling standalone novel by Yrsa Sigurðardóttir, I Remember you is one of the most precious cinematic exports originating from Iceland, sending chills over the audience and setting an example of how a proper thriller/horror movie should be made. The film balances swiftly between a high caliber thriller and a ghost story, integrating the horror aspect in a smooth way without any kind of hyperbole or emphasis on gory sequences. The director, Óskar Thór Axelsson, a gifted Icelandic auteur known to the masses from his involvement in several prominent television and cinema productions such as Trapped, Stella Blonkvist, and Black's Game, retains the essence of Sigurðardóttir's text even if he is not entirely faithful to the original story. The readers who are familiar with the novel will trace some significant discrepancies that, nevertheless, retract nothing from the spirit and overall mood of the book.

The film's narrative structure is divided between two distinct main storylines. In the first one, the protagonist is Freyr, a neurologist who several years earlier lost his only son, Benny, who disappeared without a trace during a game of hide and seek with his friends. Freyr is called to help in a police investigation concerning the suspicious suicide of an elderly lady inside a church. The case seems to be connected with a much older one that embroiled the abuse of a child, Bernodus, who becomes the main suspect when the investigators realize that some of his classmates, who relentlessly bullied him in school, all died in dubious accidents. As the inquiry progresses, Freyr will have to once again face the grief over his son's vanishing and he will strive to learn what truly happened to him.

The second narrative thread concerns a group of three friends, Gardar, Katrin, and Lif who travel to the secluded Ísafjörður in order to convert an abandoned house to a modern, fully functional tourist inn. Gardar and Katrin are a couple who struggle to overcome their overwhelming feelings of despair after Katrin's miscarriage. The prospect of their new venture offers a brief respite from their misery, though soon after they arrive in Ísafjörður, Katrin begins to experience some bizarre and horrifying visions and hallucinations linked to the place's cursed history. Gardar and Lif try to be understanding, but as the story unravels and Katrin becomes more and more unhinged, they start feeling hopeless. The relationships between the three friends prove to be more complicated and it is only in the end that the audience fully grasps the complexity of their liaisons.

The two stories gradually merge into one, exactly as it happens in the novel, and Axelsson's skillful direction captures the isolation of the landscape that acquires a voice of its own in the overall narration. The use of eerie sound effects is exemplary and adds to the feeling of dread which is conveyed by the story. There are some truly spooking scenes, especially in the second storyline, though the creators of the film are careful enough not to stoop to the level of laziness that dictates the overuse of bloodshed and cheap jump scares. The suspense that the film radiates is much more cerebral and the viewer is able to feel the agony of the characters as they descend into a nightmarish scenario. All the protagonists are broken people for different reasons and their dire predicaments deem them worthy of sympathy.

The cast includes some of the most popular and praised Icelandic actors such as Jóhannes Haukur Jóhannesson, Sara Dögg Ásgeirsdóttir, Ágústa Eva Erlendsdóttir, and Thor Kristjansson. Jóhannesson's portrayal of Freyr is excellent and this is one of his top performances in cinema so far. The rest of the crew deliver solid depictions of their respective roles and no one falls short of the audience's expectations. I Remember You is Yrsa Sigurðardóttir's magnum opus, a book that all Nordic crime fiction fans should add to their library as it is one of the most brilliant samples of the genre. This film adaptation does justice to the novel and that's nothing short of achievement for its creators. Forget the mass-produced Hollywood ghost stories and get ready to delve into the horrifying world of Icelandic noir. Highly recommended to all those who enjoy thrilling plotlines and damaged protagonists. 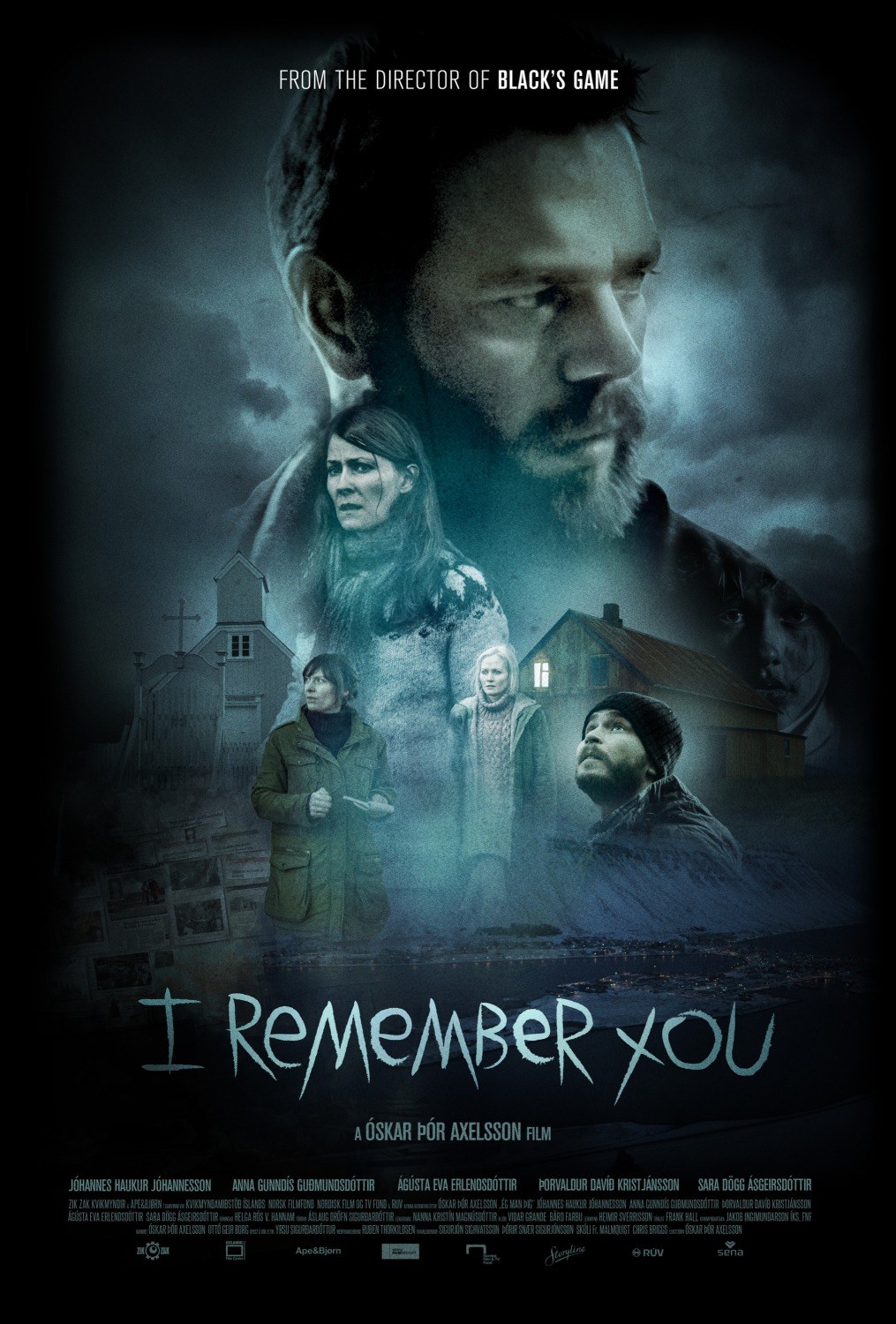