Bearing all the shortcomings of a thriller narrated within the narrow confines of a short story. 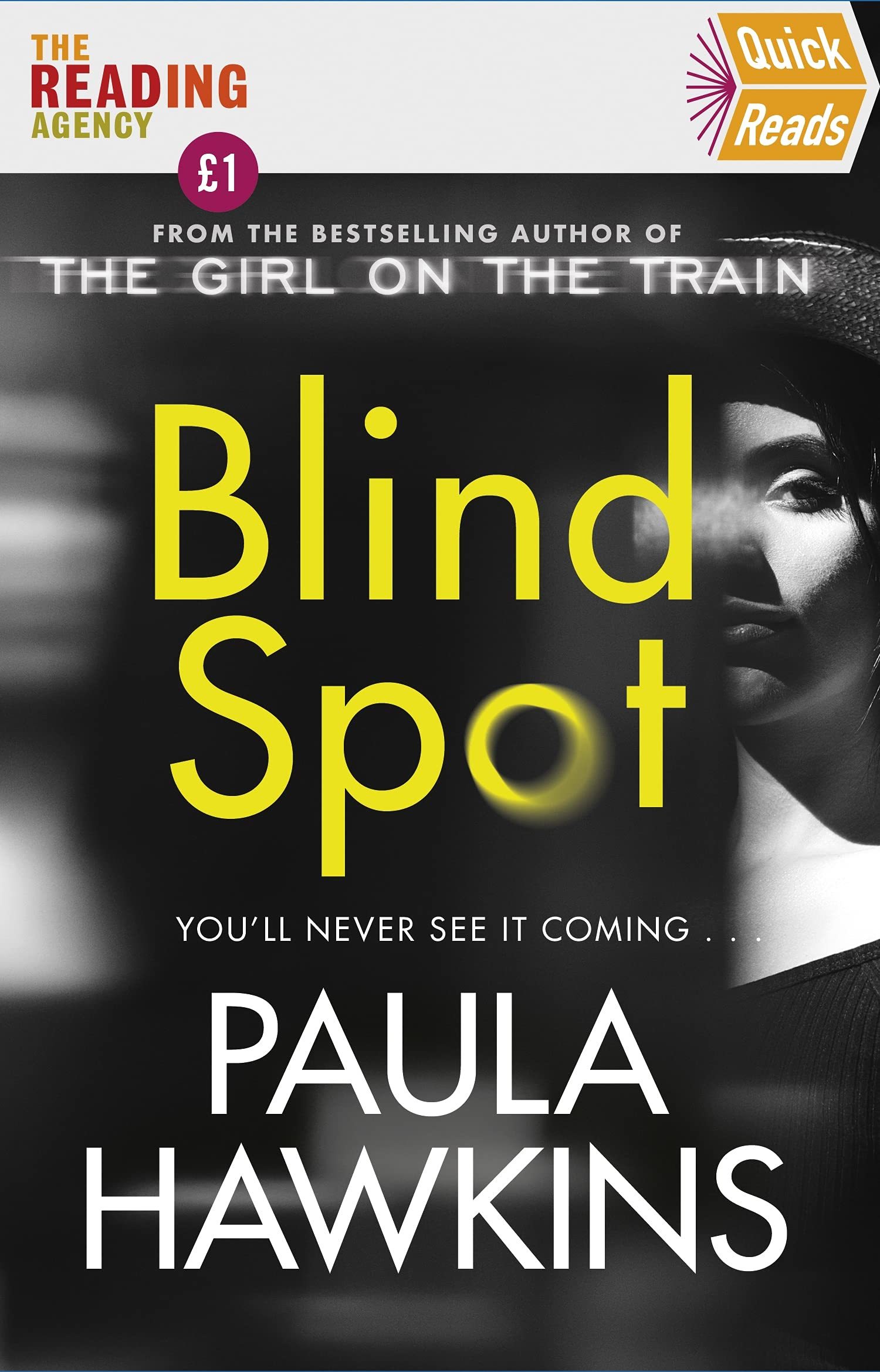 This is a short story by Paula Hawkins, the renowned author of iconic crime novels such as the much lauded and talked about Girl on the Train, which was adapted into an equally prosperous motion picture by Tate Taylor in 2016 casting a stellar group of American actors including Emily Blunt, Justin Theroux, and Rebecca Ferguson, Into the Water and the most recent A Slow Fire Burning, all featuring cleverly plotted stories and introducing psychologically disturbed women protagonists who sometimes prove to be rather unreliable storytellers/narrators eventually. Blind Spot is a short story, and not a novella as I read in various web reviews, that seeks to tell a revenge tale within a limited length of pages, and the final result is quite mediocre despite scoring some points in some respects. The story revolves around the friendship between the three main characters, Jake, Ryan, and Edie, whose perspective is that through which the reader watches the plot unravel. The bond between the trio of friends has its roots in their childhood years and their peculiar interrelationship constitutes the main narrative engine that thrusts the story forward. Furthermore, the key to the solution of the mystery lies in the same union that may look picture-perfect at first glance, but after a while the reader grasps the complexities that evidently charge the interactions between them and blemish their friendship.

The story begins with Jake found dead in his own apartment at the outskirts of Edinburgh, with Ryan being the only man who is also present at the crime scene. He is also the one who alerts the medics and the authorities to investigate the apparent murder of his brotherly friend who lies dead with a gaping wound in his head. Ryan is lost for words and when asked by the first officers on scene why is he holding a huge glass ornament in his hand, which later proves to be the murder weapon, the only thing that he can reply is that Jake was not a mere friend but a true brother for him. Next, we watch as Edie, the only female in the group of friends, takes charge of the narration. Edie was Jake's wife, but she was not living along with him at their apartment at the time of the murder as she had moved to Ryan's house after a series of heated rows with her husband that seriously damaged their relationship. As her best friend Ryan is quickly put under the microscope of the police as a potential suspect in the case, Edie will have to fight her overwhelming grief while at the same time conducting her own investigation into Jake's murder. What she unearths is a secret of the past that comes to haunt the three friends and awakens their memories of a crime that they committed as youngsters and which had been covered and hushed at the time, at the victim's expense of course.

Blind Spot derives its title from Edie's rare eye condition that restricts her sight and precludes her from a number of activities, such as driving or walking during the night. There is also a police officer character present in the story, Neeta, who is the person that collects the condemning evidence which will send Ryan to prison, waiting for his trial, however in the grand scheme of things her role is limited to the first part of the story that ends with a bang and leaves Edie all alone, having no place to live except for the house where her husband had been murdered a few weeks earlier. Hawkins embellishes the text with succinct descriptions of the old residence aiming to administer a sinister, almost supernatural, dimension to Edie's secluded cliff house, something that adds a rather gothic aspect to the narrative. The second and final part builds a certain amount of tension, as much as possible within the confines of a short story, and the finale is meant to both astonish and daunt us, but unfortunately, the story's conclusion is readily foreseeable even from the first part while the terrifying part falls flat as there is not enough time for the author to properly condition the reader for a climax that would encompass a strong shocking element.

It's a very quick read, I finished it in under two hours, and a decent way to idle away time, especially if you are travelling a short distance or waiting in a long que. Paula Hawkins is one of the most popular crime writers today and her latest releases should always be checked out by the devoted readership of the genre, however, her acclaimed skills in plotting demand another narrative form, most probably that of a fully fleshed novel. There are some of the author's trademarks present in Blind Spot, most notably Edie's characterization that is reminiscent of Hawkins's previous heroines in terms of personality and overall temperament, but I would prefer to read one of her delightful tales of murder and deceit brimming with red herrings and attempts in misleading the reader, the way that made her one of the most prominent names in the current publishing industry. So, I guess I will have to wait for the next way to idle away time, hoping that I will soon have once again the opportunity to relish a delightful thriller that would prove to be equivalent to the author's previous work.