Live your myth in Greece.

There are few international films set in the stunning Greek landscape and Beckett's main virtue lies in the incorporation of the local scenery into a high-octane action/thriller plot that grounds the audience despite its imperfections. John David Washington, son of the popular American actor Denzel Washington, is the protagonist in this blatantly overlooked film and he is surrounded by a cast of seasoned Greek actors like Omiros Poulakis, Andreas Marianos and Panos Koronis. It's a movie centered around the relentless chase of the main character by obscure forces wanting him dead for reasons that become apparent as the story moves forward.

Beckett and April, a young American couple vacationing in northern Greece, are involved in a tragic car accident while driving in the roads of Metsovo. April dies on the spot and the grieving Beckett is left all alone in a foreign country where the language barrier blocks any attempt of successful communication between him and the authorities. When he returns to the scene of the accident in order to honor the memory of his girlfriend, Beckett will be shot at and his life will be changed forever. From then on, he will be on the run to save his life while his persecutors always seem to be one step ahead of him.

Even though Beckett is filled with well-shot action sequences, the script lacks depth as the motivation of the villains remains largely obscure and the final explanation leaves a lot to be desired. The protagonist's pursuit is supposed to be connected to the kidnapping of a prominent politician's nephew but this angle is not sufficiently explored by the screenwriters. Nevertheless, the fast pacing and beautiful cinematography cloak the weakness of the scenario. Personally, I would love to see a more developed storyline supporting the well-crafted imagery on screen.

There are many critics and online reviewers who point out the unrealistic feeling of some of the action scenes, especially those near the finale. I find this critique to be unfair as we have watched tons of American films featuring impossible stunts and it never have been a problem or something to denounce. The performances by both Washington and the supporting cast are satisfying while the direction by Ferdinando Cito Filomarino is lofty capturing the protagonist's agony and bewilderment over his predicament. The -many- villains are also portrayed graphically and credibly, further accentuating Beckett's fight to survive in a belligerent environment.

Beckett is a film that will appeal to the fans of adventures and films such as the classic Fugitive with Harrison Ford and Tommy Lee Jones. Furthermore, the Greek audience will have the opportunity to watch a foreign motion picture unfolding in a familiar terrain and to hear their mother language used in a contemporary American production. It's one of the most interesting recent Netflix films and you should get over the nasty reviews and give it a try. If I had to rate it, I would give 3/5 stars. 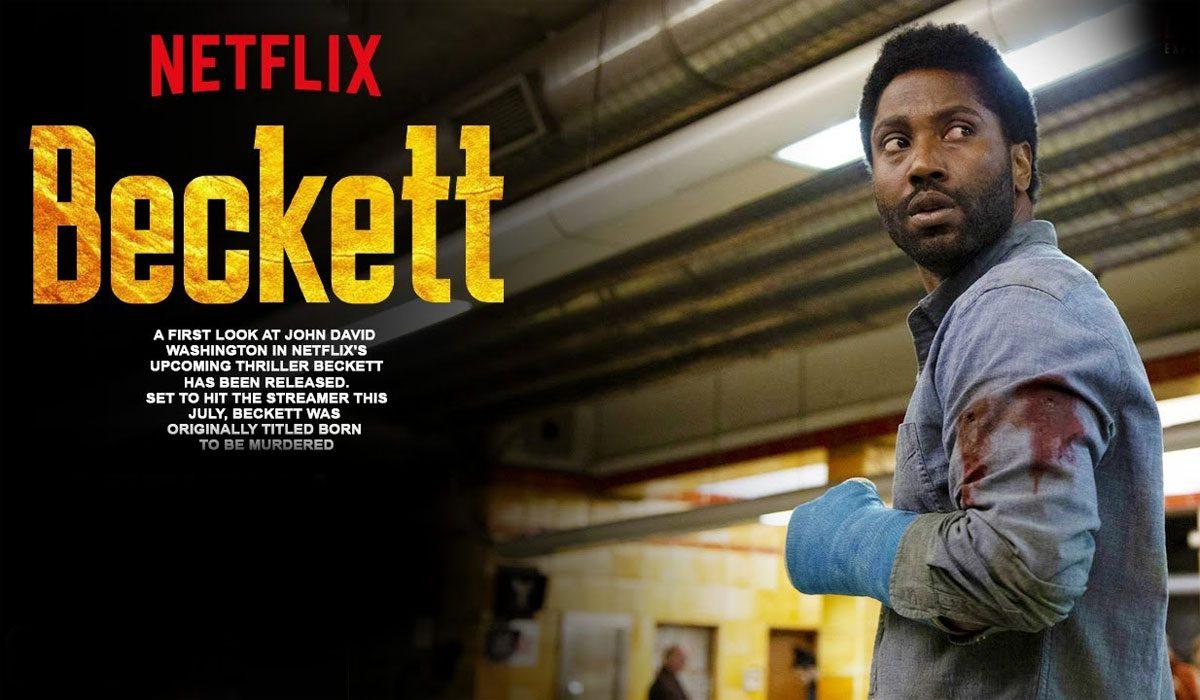