This is a film about Sweden's greatest judicial scandal ever. Sture Bergwall, under the pseudonym Thomas Quick, has confessed more than 30 murders, while incarcerated in a mental institution, committed between 1964 and 1993. He was convicted for eight of those murders between 1994 and 2001. In 2008 he withdrew all his confessions and the cases for which he was condemned fell apart as they have been based almost exclusively in the confessions, lacking any concrete, hard evidence to support them. There were no eyewitnesses or forensic evidence collected by the authorities that proved Bergwall's guilt beyond the shadow of any doubt. Bergwall was confined to care in an institution for the criminally insane after committing an armed robbery in 2001 and stabbing a man while being in outpatient treatment from a psychiatric facility. It was during his treatment that he confessed to more than thirty murders committed in Sweden, Norway, Denmark, and Finland between 1964 and 1993. Quick's therapy involved the heavy use of benzodiazepines, a class of psychoactive drugs used to sedate patients. Hannes Råstam, an investigative journalist of SVT (Sveriges Television), made extensive research on Bergwall's story and in 2008 during an interview that he took from him, Bergwall retracted his confessions and denied his involvement in any of the cases for which he had been sentenced. Råstam, along with his colleague Dan Joseffson, has published books and TV documentaries about the murder cases and both of them claimed that Bergwall was manipulated by lead psychologist Margit Norell into confessing crimes that he hadn't committed. Norell treated and studied Thomas Quick in the Forensic Psychiatric Clinic in Säter and was an expert witness in his trial. She was rumored to be a kind of cult leader or mentor even though those assumptions were never confirmed.

The film's protagonist is Hannes Råstam, played subtly and convincingly by the multi-talented Swedish actor and author, Jonas Karlsson (Death of a Pilgrim, The Snowman, Sthlm Requiem). Alba August (Rain, Below the Surface) does a solid job as Råstam's sidekick, Jenny, who helps him throughout the investigation. David Dencik (Tinker Tailor Soldier Spy, Top of the Lake, Chernobyl) is excellent as Thomas Quick and delivers one of his best performances ever on screen. The director of the film, Mikael Håfström (Evil, Room 1408), focuses on the two journalists' crusade as well as it often cuts to flashbacks from Bergwall's therapy during his time in Säter. We can take a glimpse into the mind of a highly disturbed individual as well as a sad, lonely man who is too confused to realize what he is saying. At the same time, we are witnessing Råstam's initial reluctance to follow the case, his apprehension during the first interviews with Quick and his insistence on uncovering the truth behind the story. He is quickly tracing major inconsistencies with the official police investigation's conclusions and gradually he begins to believe that perhaps something is amiss. The movie also peeks in Råstam's private life and his battle with serious medical diseases which are first diagnosed after a minor car crash accident he suffers during the beginning of the Quick investigation. The Swedish television journalist finally died in 2012 of pancreatic cancer.

This is a true-crime film narrating the depressing story of a non-criminal who was a victim himself. A victim of a deficient police investigation, over-ambitious clinical psychologists who knew no limits as far as mental disease treatment is concerned but above everything, a victim of his own disturbed mind. I was familiar with the Thomas Quick case but the truth is that I've never delved deeper into it and I mostly ignored the majority of the facts that made this sordid tale one of the biggest legal scandals in Scandinavia. Håfström criticizes severely the -more or less corrupt- institutions that contributed to the destruction of one man's soul like mental illness facilities and, of course, the Swedish police force. Nevertheless, the focus of the film remains on the people and the consequences that this case had on their lives. Thus, Quick is much more than a mere denouncement of the Swedish authorities as in its essence is a largely human-oriented movie about the different lives of several individuals, especially concentrating on Bergwall and Råstam.

It should be also added, for all those who want to learn more about Thomas Quick, that there is also the 2015 documentary by Brian Hill, The Confessions of Thomas Quick, that recounts Thomas Quick's bizarre story and includes interviews with him and other participants in the events. On the other hand, Quick is a fictional true-crime account of this grotesque tale of false confession and miscarriage of justice. 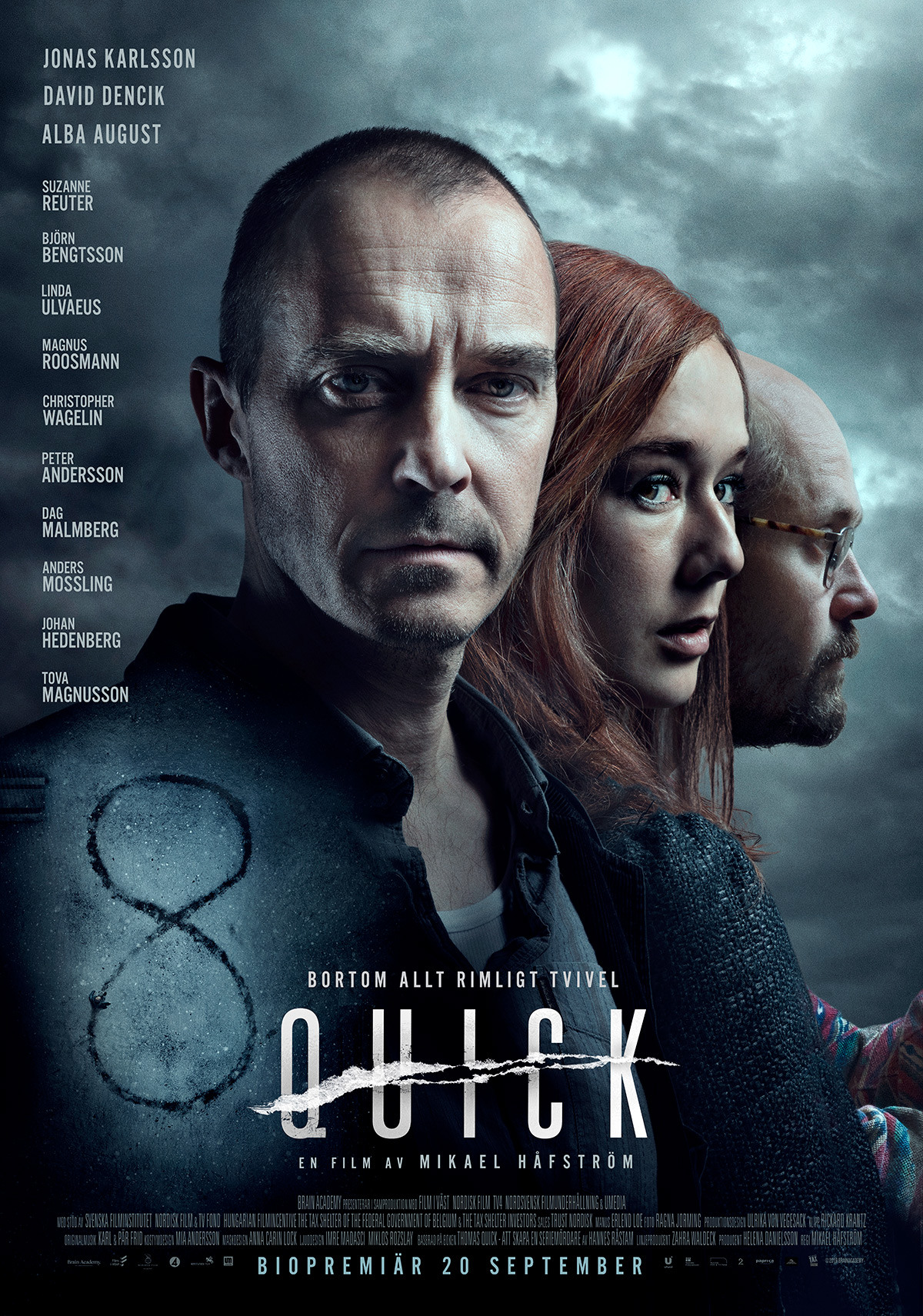