A bit of a disappointment.

Erik and Nina, the loveable con-artist married duo from Denmark strikes again and this time they will have to pull off the biggest scam in their lives in order to repay their frenemy, Jacqueline, to whom they owe 15 million kroner from the previous season. Pros and Cons (original title: Friheden) was one of the most pleasant surprises in the recent Danish television productions, a crime show focusing on the day-to-day lives of two master crooks who earn their living by swindling and cheating wealthy people. The first season featured an ingenious screenplay and the story moved forward swiftly, while the comic element offered many moments of laughter to the audience. It reminded me of classical movies such as The Sting and Nine Queens which covered a similar plot ground and counted on the wittiness of the script as well as the memorable performances by the protagonists. Unfortunately the second season of the show is not as compelling as the previous one and all those who expected something similar or even better will feel slightly disappointed by the final result. That doesn't mean that this cycle is not entertaining or easy to watch, but it contains some flaws mainly having to do with the implausibility of the plot and the over-the-top main storyline. Erik and Nina, along with their daughter, Esther, and her boyfriend, Patrick, will embark on an impossible mission to con one of the richest and most powerful men in Europe, a French tycoon who has many connections to the local and foreign political scene. In the end, the main characters will land in the middle of a major political dispute between Russia and China over the control and access to Greenland.

The season begins with Esther and Patrick being in Bolivia with the money that they swindled from Jacqueline in the first season's finale. Unfortunately, they get a taste of their own medicine when they get robbed by some locals and left all alone in the jungle. Their rescue operation, carried out by the Bolivian authorities, has a major cost that has to be paid in order for the young couple to be able to return in Denmark. Erik and Nina are at a loss as they don't have the necessary capital to cover the expenses and they are rejoiced to learn that a Danish fund is willing to pay the sum and help their daughter to come home. Nevertheless, when they dig a little deeper, they find out that the person behind the obscure fund is none other than Jacqueline who still holds a grudge against Erik's family as she holds them responsible for the theft of her money from the last scam. Jacqueline tells Erik and Nina that she will help Esther and Patrick if they accept to participate in a scheme that involves a major player in the cosmetics/beauty industry, a Danish enterprise which is going to be absorbed by the aforementioned French mogul, Fournier. The couple is initially reluctant and they decline Jacqueline's offer, but their awful financial situation combined with the mess that Esther made force them to say yes. From then on, Erik and Nina's family will enter an arena where greed and deception are the only rules and they will have to exceed themselves in order to accomplish their insurmountable task.

The cast is the same and Lars Ranthe along with Lene Maria Christensen portray convincingly Erik and Nina respectively, while Kasper Løfvall Stensbirk and Emma B. Marott are surprisingly good as Patrick and Esther. The veteran Danish actress, Lotte Andersen, appears in half of the season's eight episodes as Jacqueline and her presence always exudes a particular sense of authority. All the actors do a fine job, but there are some obvious problems with the script which blemish the overall picture. Some things seem to happen too conveniently and the main characters, such as Esther and her brother Kaj, are too easily convinced to participate in her parents' plan, even though they are originally hesitant. Furthermore, the final showdown of the season in the last episode seems to lack credibility as a group of con-artists from Denmark are outwitting the Danish and Chinese Intelligence Service, Russian and French oligarchs, as well as some of the most significant players in Danish financial system. It's all a bit too much and there is also a kind of "saving the world" angle which is adopted by the writers of the series that doesn't make much sense. The season's finale hints that a third season is due to come and I hope that the creators of this original show will return to the first season's mood and tone. Pros and Cons is a fine choice for those who love light crime/comedies with elaborate cheating schemes and likeable protagonists. If you haven't watched season 1, then it would be better to watch it first as you will be able to understand the characters better and grasp some significant plot points easier. 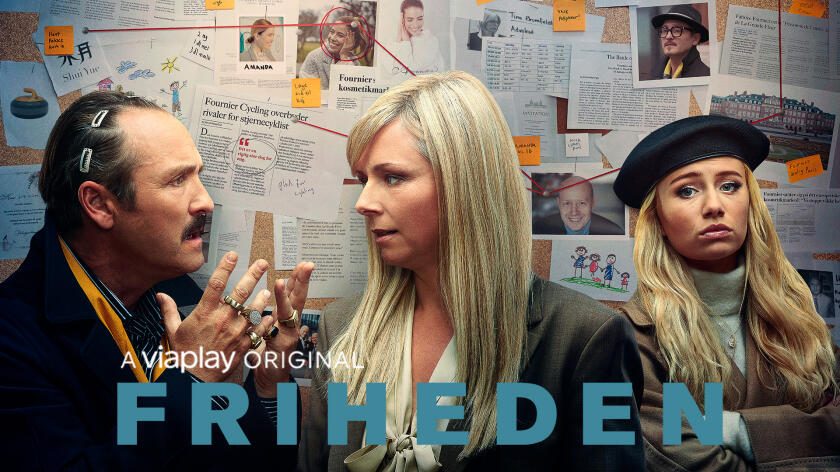