This was a gloomy crime film, directed by the Canadian Dennis Villeneuve (Blade Runner 2049, Arrival), and written by Aaron Guzikowski (Contraband, Papillon). Prisoners is an experience not for the faint of heart, as it deals with every parent's nightmare: the abduction of their children. Hugh Jackman delivers a solid performance as the father of the family who is willing to cross any ethical boundary in order to find his kids and restore the serenity in his household. Jake Gyllenhaal is great as the persistent cop who swears to solve the case even if that means risking his own life. The chemistry between the angry and suspicious father and the police officer who asks him not to meddle with the case is the driving force moving the plot forward becausePrisoners is more of a character-based drama than an action thriller, as it places the emphasis on the emotions of the devastated parents and the obsessiveness of the detective. The secondary characters are also well-acted, and overall, I can say that Prisoners should be on the top-10 of crime films of the last five years. Highly recommended! 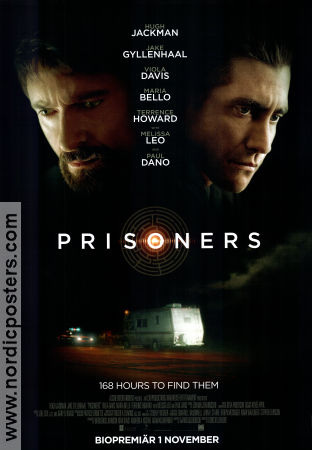