QUICK REVIEW: Perfume: The Story of a Murderer

An ode to the power of the human senses.

Perfume is a film adaptation of a novel written by Patrick Süskind and it is set in 18th century Paris, where the living conditions were horrible especially for the lower classes. The protagonist, Jean-Baptiste Grenouille, is born in the Parisian slums and grows up discovering that he has a very special charisma as he can sense every single smell and aroma in the world. His extremely strong olfaction will lead him to the upper-class circles, and he meets a downfallen perfumer, Giuseppe Baldini, played impeccably by Dustin Hoffman who offers him a job where he can satisfy his passion. Jean-Baptiste is struggling to overcome the temporal character of smell, as he says "to capture scent", and keep it forever. Soon he will learn that the stronger aroma comes from human beings themselves and he will begin killing young women to absorb and preserve their scent.

It is a rather peculiar idea for a story, but the director, Tom Tykwer (Run Lola, Run, Cloud Atlas) succeeds in captivating the audience with his beautiful cinematography and in adapting the novel's mood and character. The actors are impeccable, with Ben Whishaw giving one of his best performances ever on-screen while there are some iconic thespians in the film's cast like D. Hoffman and A. Rickman. The production values are sky-high and the result is one of the most interesting flicks by Tykwer, a movie that is truly food for thought. The final twenty minutes gave me goosebumps while the last scene is destined to make the audience contemplate on the Perfume's major themes and questions.

We need more movies like Perfume, entertaining and thought-provoking at the same time, respectful adaptations of stimulating, gripping novels that will make the audience lay back and think after watching. I haven't read the book but after watching this, it was added to my, ever-growing, to-read list even though I am now familiar with the story and the plot. I recommend this movie to every cinephile and literary appreciator out there and I hope for more, similar in terms of quality, films in the following years. 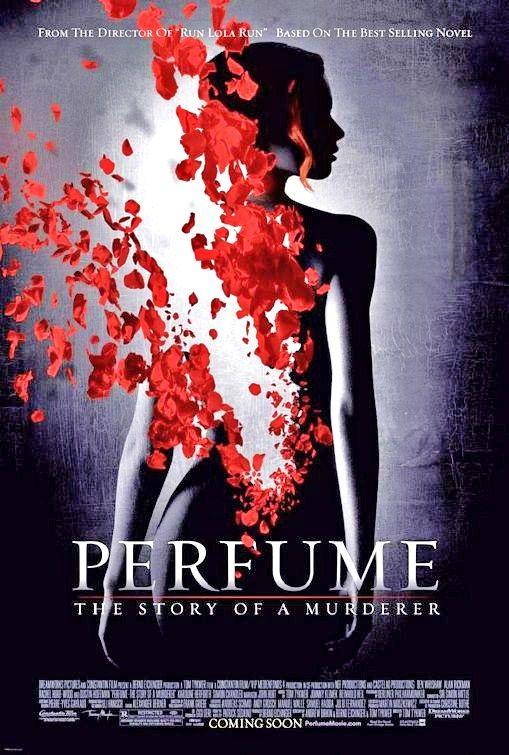 Perfume: The Story of a Murderer