A slow-paced drama based on a real story.

This is a truly sad and depressing film about Stefano, a young ex-junkie who is arrested with small quantities of pot and cocaine. During his search, he falls victim to police brutality acts and gets seriously injured. The rest of the film narrates Stefano's journey toward death, slowly surrendering his body and spirit to pass away, a week after his arrest, and while he is still in custody. The soundtrack complements fittingly the story that we, as the audience, are witnessing and adds to the general bleak mood of the film. On My Skin certainly raises questions about the misuse of power from the authorities but above all is a painful account of the last days of a young man and the parents' reaction to their son's rough luck. The film unravels in a very slow tempo, placing the emphasis on the protagonist's emotions and the soundtrack contributes to that direction. This is certainly not a movie for everybody and the viewer should be expecting a distressing viewing experience with almost no action and a disturbing true story, difficult to digest.

Stefano Cucchi's case is one of the most controversial recent Italian court cases as a young man with a history of drug abuse is accused of being a mule when three police officers stop Stefano and one of his mates one evening in Rome in order to perform a full-body check. Stefano possesses a limited stash of hash and blow, so he is immediately arrested and sent to the police station in order to see what will happen next and if the judge will allow him to walk free even on probation. Unfortunately for Stefano, the judge decides that the accused should be detained for at least one month in an Italian prison until his case will be judged. At the court, Stefano seems to be severely battered and his bruises, as well as the extended marks on his face, suggest gross misconduct committed by his arresting officers. Nevertheless, he is not one to complain even when his severe injuries cause him so much pain that he can barely stand.

The film is mainly about the protagonist's, who is a typical anti-hero, struggle to stand up against a faceless, clinical system comprising of angry police officers, apathetic doctors who seem to have a hard time communicating with Stefano, and correctional officers who are hell-bent on following the standard procedures even if that puts the life of a young man in jeopardy. After a while, Stefano begins to gradually give up and surrender to his fate as even his own family can't find a way to penetrate the heavy shielding of the Italian correctional system. There are many times in the film where the audience has the opportunity to sympathize with Stefano's parents and sister who are flabbergasted by the great fall of their beloved one.

Alessandro Borghi (Suburra, Devils) delivers a strong, convincing performance in the role of a man who is mistreated during his arrest and then struggles to survive in a multitude of hospitals and correctional facilities. His unparalleled body language, his stooped posture, and his subdued talking are so plausible that the audience perceives his character as a real person whose misfortune and feeble life choices deemed him a pariah. Nevertheless, all those who are watching the movie can't help but feel a fair share of sympathy for the protagonist who suffers a tragic death seven days after his initial arrest.

What makes the movie even grimmer is the fact that this is a true story and before the ending credits roll the creators of the film state that there has been an extensive judicial investigation on the death of Stefano Cucchi that resulted in the indictment of several carabinieri on the charge of involuntary manslaughter. So, perhaps, there is a vague glimmer of hope for the future, and the audience is left with the notion that the persons responsible for Stefano's untimely death finally got what they deserved. This is definitely not your typical entertaining crime film that you can watch to enjoy yourself on a Saturday evening, but a heart-wrenching tale about the odyssey of an underprivileged man who felt he was too small to resist his tragic fate. Nevertheless, if you are a fan of character-based, slow-paced crime/dramas, then you shouldn't miss that Italian gem. 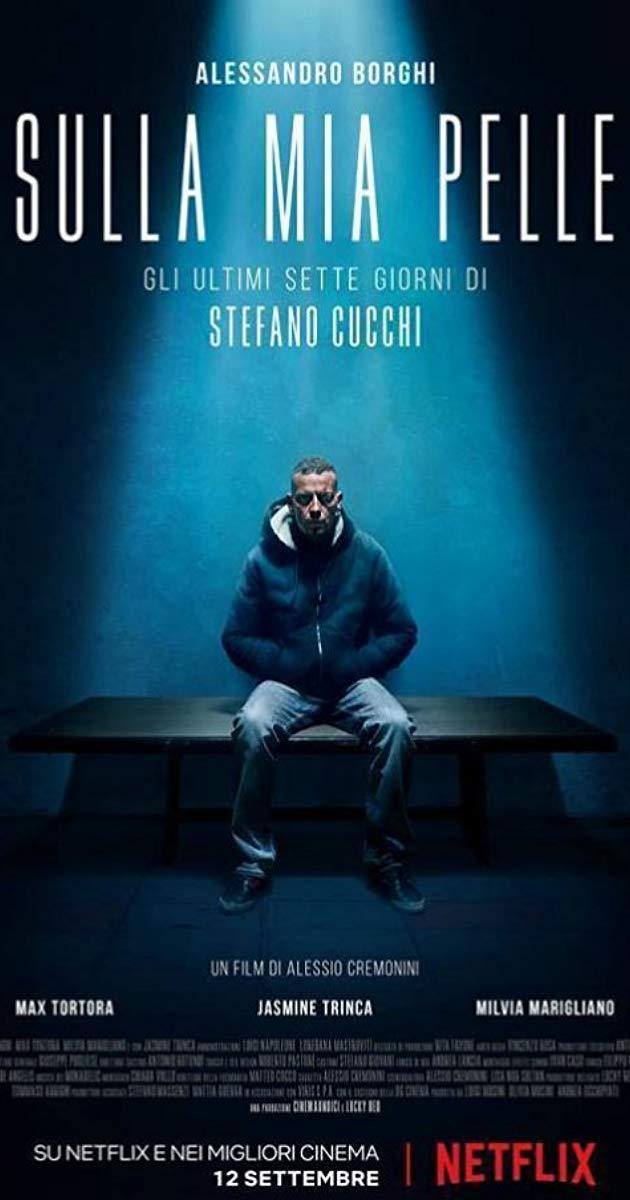 On My Skin: The Last Seven Days of Stefano Cucchi