Gurney versus the walking dead. 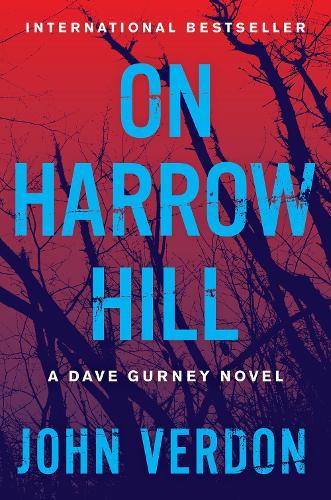 The seventh chapter in the lauded Dave Gurney saga, On Harrow Hill is definitely one of the best thrillers by John Verdon who rocked the boat with his 2010 debut, Think of a Number, a Nero Award Nominee for 2011. The novel introduced a charming protagonist, Dave Gurney, a retired NYPD Homicide detective who had earned the nickname "Supercop" because of his analytical skills and unique intuition that helped him solve some of the most puzzling murder cases in the history of the department. Even though Dave is out of active duty, he can't resist when an old friend asks for his help regarding an impossible case as he enjoys being drawn into complex mysteries that demand answers. Dave is married to Madeleine and their relationship is always tested to the limits each time he becomes absorbed in dangerous situations that put both of them in harm's way. Their interactions often help Dave to tilt and turn the pieces of the puzzle until they fit and shape a consistent picture of what truly happened and who the culprit is. Gurney always employs the help of Jack Hardwick, an ex-cop and one of Dave's oldest acquaintances, who is willing to do the dirty work and bend the rules in order to close a case. On Harrow Hill features one of the most bizarre storylines in the series so far and the evolution of the plot is such that glues the reader on his seat from the beginning until the final pages.

Verdon has a tremendous capacity for crafting labyrinthine plotlines, reminiscent of those by authors such as Jeffery Deaver and Jo Nesbo. I have to confess that even though I loved Think of a Number, the following volumes in the series let me down as my expectations were perhaps too high. One of his most recent works that I've enjoyed was Wolf Lake, a cozy mystery set in a secluded hotel where Gurney is called to investigate a string of apparent suicides. The claustrophobic atmosphere, the ingenuity of the story and the flirt with the supernatural element were all well-done and the book radiated a kind of creepiness and peculiarity that made me consider it the second best installment in the series after the debut. On Harrow Hill signifies Verdon's return to the mood and tone of his early work and the final result is a fully fleshed novel that will satisfy all the loyal fans of the genre. The thickness of the plot combined with a fast pacing fuel the dynamic of a brilliant story with numerous sub-plots that merge into the bigger picture as the book reaches its climax. There is a significant whodunit aspect embedded in the main storyline and the suspense is getting stronger with each page the reader turns. It's almost impossible for the reader to figure out what really happened, to discern the truth from the lie, to know what to trust or not in this story where nothing is what it seems.

The book begins with Gurney lecturing at the police academy about the unreliability of witness testimonies in cases of homicide. He points out that, too often, the eyewitness statements about the same event are filled with discrepancies and inconsistencies. The reader should keep these observations in mind as they play a vital role in the events that will follow. Dave will receive a call from his ex-colleague in NYPD's Homicide Department, Mike Morgan, who now works as a chief police officer in Larchfield, an upper-class suburb, an hour away from Walnut Crossing where Dave lives along with Madeleine. Morgan will ask for Gurney's expertise on a brutal murder that took place in Larchfield. One of the town's most prominent and wealthiest residents, Angus Russel, was found murdered with his throat slit in his own house on Harrow Hill. The evidence collected at the crime scene, DNA and fingerprints, indicates that the perpetrator is Billy Tate, a local prime misfit who had major unresolved issues with the victim. The only problem is that Tate had died the previous night, falling from the roof of a church after being struck by a lightning. Morgan is at a loss and when Gurney arrives at the murder scene, he is as much perplexed as his old colleague is. The only credible conclusion based on the hard evidence is that Billy Tate committed a murder from beyond the grave.

Things will get even weirder when the owner of Larchfield's funeral home discovers that Tate's body is missing and the CCTV video clearly shows that Billy somehow woke up inside the coffin and managed to break free. But, if Billy is truly alive, then he is the prime suspect for Angus murder so the investigation focuses on finding Billy's hiding place and arrest him. When a second body is found, murdered in a similar grisly manner, Mike and Dave become convinced that Billy is on a killing rampage and wreaks havoc all over Larchfield. Soon the media take a hold of the killings and the journalists broadcast some wild theories about the "zombie killer", "the walking dead murders", etc. The pressure from the media and the local council is immense and Mike seems to have a lot of secrets regarding his involvement with a number of prominent locals who may or may have not have reasons to want Angus dead. As the investigation progresses and the bodies continue to pile up, Dave will have to use all his cunning to unmask and apprehend a vicious murderer who always seems to be one step ahead of the authorities. Even when the case is closed and a sufficient explanation is given regarding the identity and the motivation of the culprit, it is Dave's stubbornness and insistence to detail that upends the situation and puts him face to face with the perpetrator in the final part of the novel.

In my opinion, this is perhaps Verdon's most well-rounded book and I found it to be entertaining and thrilling at the same time. I would go as far as to say that it's a better novel than Think of a Number and that is a great compliment given my respect for the author's debut. There is no way to predict what comes next and you will find yourself guessing who the villain is but never get it right. Hardwick is present once again but his role is overshadowed by Alex Morgan, Gurney's sidekick in the Angus Russel's case. There is a murky shared past linking Alex and Dave and their relationship is marked by an event that took place several years earlier, a fatal shootout in New York's downtown that made Gurney feel that he owes something to Alex. The dialogue between the characters in the novel is exceptional and plausible, while the outlining of the secondary characters is illustrious and declaratory of their thoughts and feelings. This is a novel that I would recommend to anyone who loves complex thrillers and books that feature an intricate plot. It can be read as a standalone, even though it would certainly help to be familiar with the main characters and their background. Verdon proves that he can still write compelling stories and excite the readers around the world.