For most Scandinavians, the significant other in geopolitical terms is neighboring Russia, a country that is represented in a variety of Nordic books and TV series in the last few years. Occupied (original title: Okkupert) is a bold production based on an idea by the super-star of Nordic crime fiction, Jo Nesbø (who also wrote the first episodes back in 2008), and it narrates the, rather daunting, tale of Norway becoming a Russian colony when the Norwegian Prime Minister announces to the world that the country will stop the oil business in order to turn to more eco-friendly energy sources such as thorium. There is an immediate reaction from both the EU and Russia, demanding the restoration of oil and gas production needed for their countries.

The Norwegian Prime Minister, Jesper Berg (Henrik Mestad), seems to be a rather naive, idealist politician who wants to avoid conflict at any cost and proves to be the most appropriate frontman for the Russian occupational committee, governed by the iron lady, Irina Sidorova (Ingeborga Dapkunaite) who is the Russian ambassador in Oslo. Hans-Martin Djupvik (Eldar Skar) is an agent for the Norwegian secret police who is torn as he has to choose between the devotion to his countrymen and the legal duty of keeping the order as it is. There are multiple protagonists in Occupied except the above, though the three already mentioned are perhaps the most important ones in terms of plot. Soon after the Russians establish themselves as a masked occupational force in Norway, the first violent reactions are materialized and an extremist group called "Fritt Norge" ("Free Norway") takes responsibility for several terrorist acts.

The story moves forward in a frenetic pace which leaves no time for much thought on plausibility issues and the audience is captivated to the story from the first episode. As it is often a fact, the Russians are portrayed in a rather negative light, aggressive imperialists who are ready to do whatever is necessary to prolong the status-quo that the European energy crisis created. Sidorova is illustrated as a cunning and cynical individual who thinks that she owns Norway and the Norwegian Parliament and politicians are nothing more than puppets in her hands to exploit. It should be noted that Dapkunaite does a remarkable job in her role, her facial expressions expressing her cruel nature. Furthermore, Ane Dahl Torp gives a subtle, measured performance as a restaurant owner on the verge of bankruptcy who is finally saved by the newcoming wealthy Russian clientele.

It should also be stressed that the Occupied series is the most expensive Norwegian production to date with a budget of 90 million kroner (USD 11 million).

Occupied has made two seasons so far and there is a third season coming in 2020. Hopefully, the first episodes will resolve the cliffhangers from season 2 and prove to be even better than the first two which are of the same quality and entertainment value. f you haven't already discovered this series, you should check it out as soon as possible and you won't regret it.

You can find the first season of the show on Amazon.com: https://www.amazon.com/gp/prod... 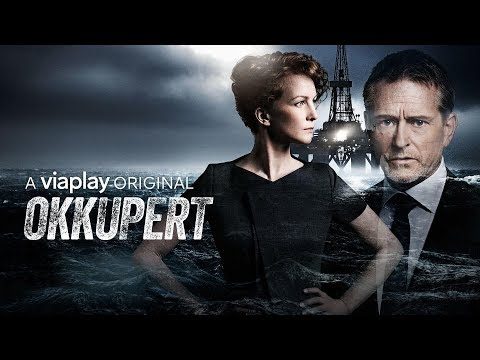