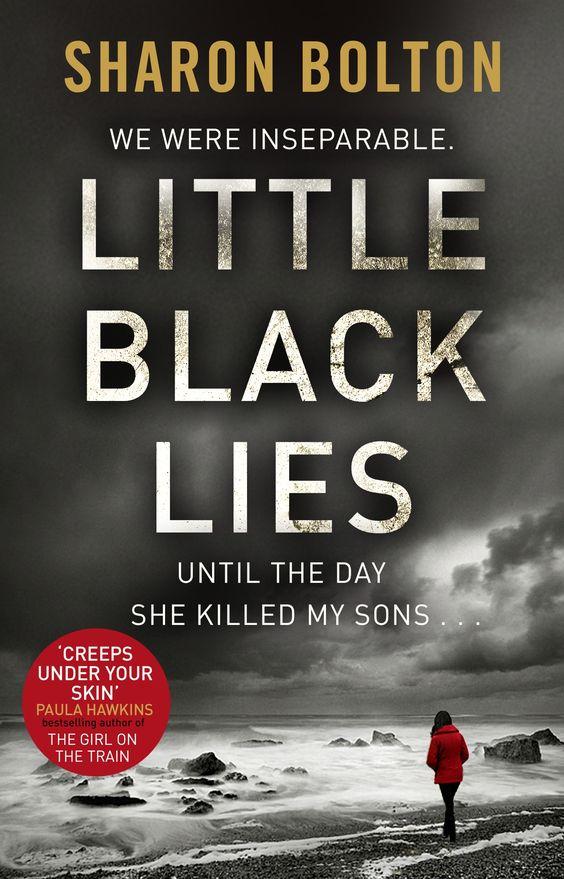 I purchased Little Black Lies not really knowing what to expect as I've never read a novel written by Sharon Bolton and finally it left wonderful impressions with its well-crafted plot and high-quality prose. The novel is set in the remote Falkland Islands and Bolton gives to the reader a lot of useful historical information about the Argentinean invasion in the Islands at 1982 and the armed conflict with the British army that followed.

Falklands prove to be an ideal setting for the moving story that the writers want to narrate as it is a vast area with very small population size. Apart from that, Falklands host a variety of marine and bird wildlife species for which the reader has the opportunity to learn a lot. The story is narrated by three persons, the main characters of the novel (Catrin, Callum, and Rachel), who share a common past but also a lot of secrets which are going to be revealed in a slow but steady pace to the reader till the climactic ending.

The three different points of view (POV) offer the chance to see the events of the plot through multiple perspectives thus allowing the reader to become more immersed in the story. In the heart of the storyline lie broken friendships and lost intimate relations as well as the tragic accident that involved two little boys that died due to the negligence of adults. Apart from the mystery and suspense of the story, Sharon Bolton places the emphasis on the thoughts and emotions of the three protagonists, a fact that mainly distinguishes Little Black Lies from other novels of the genre. It is a book that every fan of literary as well as crime fiction should read as in some parts it is more a character-driven drama than a classic crime/thriller. I'm certainly going to search for more books by the English writer in the near future and specifically for the Lacey Flynt series books for which I hear only great things.