An awe-inspiring accomplishment by the great Stephen Fry. 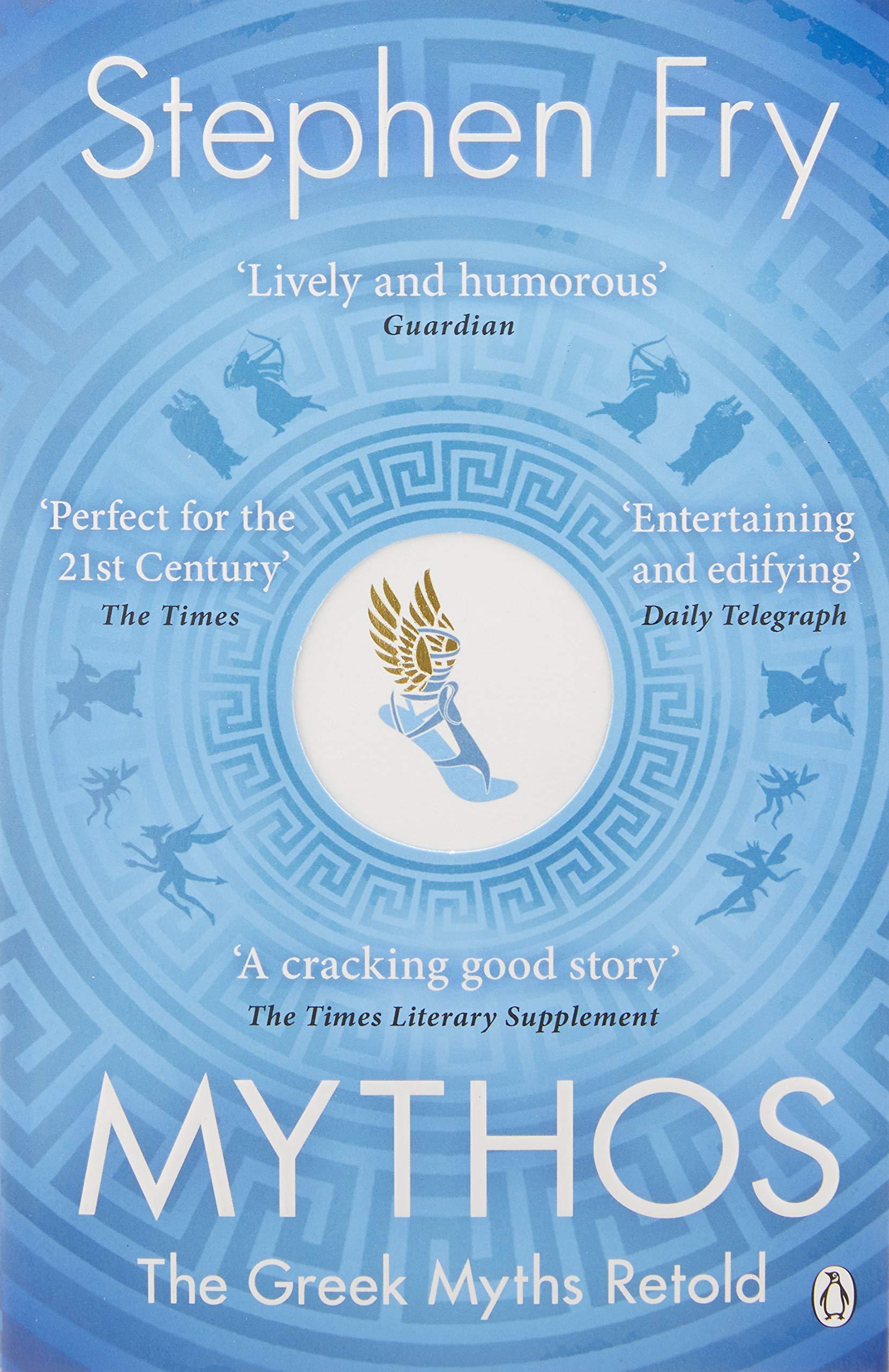 "Their myths understand that whoever created this baffling world, with its cruelties, wonders, caprices, beauties, madness and injustice, must themselves have been cruel, wonderful, capricious, beautiful, mad and unjust. The Greeks created gods that were in their image: warlike but creative, wise but ferocious, loving but jealous, tender but brutal, compassionate but vengeful". (Prologue)

Stephen Fry is one of the most versatile and multi-skilled artists of our time and his work as an author, actor, producer, director, presenter, etc, has won both critical acclaim and people's deep respect. From a man of this stature, one could expect nothing less than bold artistic creations that dare to approach grand themes and subjects through an innovative perspective. In Mythos: The Greek Myths Retold, Fry attempts to retell the Greek myths, in chronological order, beginning with the existence of the primordial Chaos -the Greek equivalent to the scientific "big bang" theory- and the birth of the first order of divine beings such as the Nychta, Erevos, Gaia, Ouranos, Eris,and many others. These primordial deities were called the Titans, the word meaning "the striving, straining one", and the most notorious of them was Cronos, the titan who conspired with his mother to kill his father, Ouranos, and thus became the first among them. Cronos is known to the masses for the fact that he ate his own children to remain the king of the universe, but he finally took a taste of his own medicine as his wife, Rhea, deceived him and kept her last child that was called Zeus. Zeus grew up in Crete, far away from his wicked, cruel father and when he was in the appropriate age took revenge on his father and dethroned him from his regal status.

As we are all well aware of Zeus was going to be the first among the twelve gods of Olympus, but this would not happen until this new order of divine entities, the second order, have removed once and for all the remaining titans from the face of the Cosmos. It should be mentioned that for ancient Greeks the word Cosmos meant what we call today the universe. What followed was a ten-year brutal war, an "earth-shattering conflict", known as the "Clash of the Titans" or "Titanomachy", and by the end of it, the Dodekatheon (meaning the twelve gods) was established as ruling the universe and everything in it. The new gods took the place of the titans through the use of excessive violence during the Titanomachy. Fry continues with the story of the creation of mankind by Zeus and the betrayal of Prometheus who stole fire and gave it to humanity as civilization. Zeus, enraged by Prometheus' treachery punished him severely as he was sentenced to eternal torment. Prometheus would be bound to a rock and each day an eagle would eat his liver which would then grow back only to be eaten again the next day. This process would continue ad infinitum. The reader can observe how the Greek perception of the creation of humanity shares many similarities with later religions like Christianism. One example would be seen as being created in the image of God both in Greek mythology and Christian tradition.

Furthermore, we learn about the creation of the first woman, named Pandora, and her infamous box that contained a vast number of human vices that would torture mankind for the centuries to come. The author then mentions the story of the god Eros and his relation with Psyche. It is worth noting that ancient Greeks had four different words for love: Agape, Eros, Storge, Filia and each one of them had a distinct meaning. Eros was the son of the two Olympian gods, Aphrodite and Ares. Psyche was a lavishly beautiful young woman, daughter of a king, who made Aphrodite, the goddess of love and sexuality, to become jealous of her due to her incredible attractiveness. Eros fell in love with her and took her with him in an enchanted place where everything was dazzling, but under one condition. Psyche was not allowed for any reason to see her lover. But, as it always happens in Greek mythology, Psyche was unable to resist the temptation of looking at her gorgeous partner and attempted to light a candle to see him as clearly as possible when he was sleeping beside her. The result was that Eros, devastated by Psyche's betrayal, flew away from her. It was only after the intervention of the first among the twelve gods, Zeus, that Aphrodite became convinced to accept Psyche as her bride. There are more captivating chapters on the complex relationships that formed between gods and humans, the divine punishments, the metamorphoses of mortals to animals either as torture or as an act of compassion, and the great Greek lesson about Hybris that can be boiled down in this sentence: how pride comes before a fall.

There are so many stories in this (mid-length) book that I was forced to incessantly keep notes during the reading. I have to admit that, even though I am a proud Greek, I remembered a tiny percentage of the stories cited in Mythos. In his foreword note, the author stresses his fascination with Greek myths as"the Greeks were the first people to make coherent narratives, a literature even of their gods, monsters and heroes"., even though their mythology is not the oldest in the world. The Greek gods owe a lot to the deities of Mesopotamia while the stories of Babylonians, Sumerians, and Akkadians preceded the Greek ones. Fry stresses out that his only intention is to simply retell the -already known- stories, and not to offer any kind of explanation or interpretation of their possible hidden meaning. There are some minor differentiations in their details, and Fry justifies himself by writing "in tinkering with the details I am doing what people have always done with myths". On another page, he quotes: "I think however that it is best told like all myths, not as an allegory, symbolic fable or metaphor, but as a story". Nevertheless, Mythos: The Greek Myths Retold attempts to establish a coherent timeline regarding the "ages of man" which is different from that of the Greek poet Hesiod who wrote the iconic Theogony. The readers who will read the book without skipping chapters will manage in the end to achieve some clarity regarding the chronological order of the genesis of both Cosmos, gods and mankind.

In conclusion, I have to admit that this was by far the most compelling book I've read the last twelve months -or even more- and I cordially recommend it to everyone who has specific -academic or other- interest in Greek antiquity, mythology, literary theory and so on. Mythos doesn't require any prior knowledge on the subject and as the author writes in his foreword note: "You don't need to know anything to read this book; it starts with an empty universe". Stephen Fry is one of the most brilliant artists today and if you are not familiar with his body of work, then you ought to check him out immediately. He has also written another book, Heroes: Mortals and Monsters, Quests and Adventures, which is a kind of continuation of Mythos as in that book, the author dives into the world of ancient Greek Heroes. Some claim that those two books should be read in a row and I'm seriously considering checking it at once.