In 1931, Georges Simenon, one of the most prolific Belgian crime authors, published a novel under the title Pier the Latvian and there he introduced the detective who would later become the most recognizable protagonist in European crime fiction along with Agatha Christie's Hercule Poirot. His name was Chief Inspector Jules Maigret and his investigations have enchanted the readership ever since. Simenon, whose astounding body of work consists of nearly 500 novels, would write more than 80 books featuring the meek, modest detective whose systematic police work and thorough thinking process always help him to get to the bottom of his cases. His quiet existence contrasts with the violence of the crimes that he is called to solve and his persistence to trace the psychology behind the murder and the perpetrator highlights one of the essential aspects of his character: his humane attitude towards others and a compassion that stems from his refined, pensive nature that obliges him to treat both victims and culprits in a civilized manner. Maigret is nothing like the typical American hard-boiled protagonists, he is an ordinary man and a conscientious professional who knows where to draw the line when it comes to important decisions in his work.

As it is natural, there have been numerous feature film and television adaptations of some of the Maigret's adventures throughout several decades and the audiences had the opportunity to put a face to the character through those productions. Simenon is credited in more than 150 movie and television productions and there has been a small army of actors who embodied the French sleuth. Some of them were more loyal to the author's descriptions of the character in the novels, others attempted a slightly different approach to his portrayal. The two most noticeable recent television shows featuring Maigret were released in 1960 and 1992. In the former, the English veteran thespian Rupert Davies played Maigret while in the latter the Irish Michael Gambon portrayed the brooding Chief Inspector. Both productions were of high artistic value and grounded the audience with the faithful adaptations of their favorite novels and the excellent acting that made the fictional character feel more real, now that we could put a face on Simenon's most beloved creation. As far as the silver screen adaptations are concerned there have been various attempts to visualize Maigret's endeavors. I think that Maigret Voit Rouge, starring the French legend Jean Gabin stands out as the seasoned actor outlines one of the most convincing portraits of Maigret ever appeared either in cinema or television.

The latest television show based on Simenon's Maigret novels is the one starring the popular English comedian Rowan Atkinson who succeeds in giving his character the humane touch that make him one of the most relatable protagonists in the genre. Atkinson delivers a subtle, subdued representation of Maigret, always keeping his cool despite the difficulties he is facing, loving his dear wife to bits, interrogating suspects in his own benevolent manner, and using his instinct and emotional intelligence to end his inquiries. The show ran for two seasons, each featuring two episodes, and they are more like television movies than a typical crime series. Four of Simenon's most acclaimed novels have been adapted and the overall quality of the production is more than decent, either in terms of photography or performances and script. The screenwriters made a terrific job in adjusting the original text to a more modern version, nevertheless retaining those aspects that define the essence of the stories and the character. The final result is a captivating sequence of four films that can be watched at any time as their entertainment value is really high.

Maigret Sets a Trap is the first episode of the first season and the story revolves around the brutal murders of several women in the streets of Montmartre. It looks like a serial killer is on the prowl and Maigret along with his team strive to figure out who and why before another victim is discovered. In order to lure the killer, Maigret decides to try to tempt him into action by giving the credit of the evil deeds to a supposed suspect. After the newspapers publish the article regarding the arrest of a possible culprit, Maigret sets the whole of his team around the streets on Montmartre and waits for the killer's next move. The experiment is partly successful as one of the women put there as a bait gets attacked by an individual who seems to be the right guy. Gathering some flimsy evidence from the attack and having a witness testimony, Maigret will get closer to the villain and he will finally arrest him along with his collaborators. The story is simple and straightforward and the screenwriters refrain from bombarding the viewers with tons of unnecessary, irrelevant information of redundant pieces of pointless dialogue. Each scene and interaction has a role to play and constitutes a small piece of a bigger puzzle.

Atkinson's Maigret sometimes comes across more like an experience psychologist/psychotherapist than a police officer and it is his unique hunches that finally pinpoint the culprit and force him to confess the string of women murders. There is a heavy Oedepian dimension embedded in the plot and especially in the final part of the episode where the truth about the identity and the motivation of the killer is revealed. It is an enjoyable watch even if fans of murder mystery may perhaps complain about the lack of a high level of suspense. You should be ready for a more low-key interpretation of the police procedural sub-genre and this is exactly the most fundamental merit of this series. It isn't based on glamor or flash but rather trusts the director, screenwriters, and actors to do their best in their respective assignments, so the absence of certain aspects that are predominant in similar shows like breathtaking action sequences or gory, over-the-top scenes are deemed superfluous or even irrelevant to the spirit of this title. From what I've heard, Maigret Sets a Trap is one of the weakest episodes in the series, so I expect that the next films will be even more engrossing. Fans of the novels will definitely love this one. 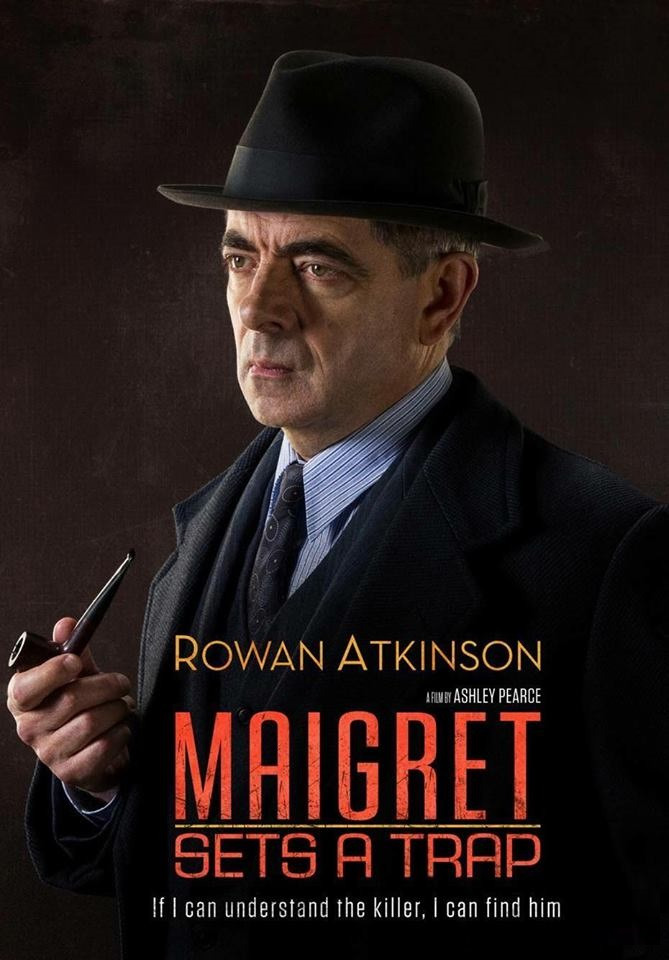