The fervid seesaw of power dynamics tailored into the story of a condemned love affair. 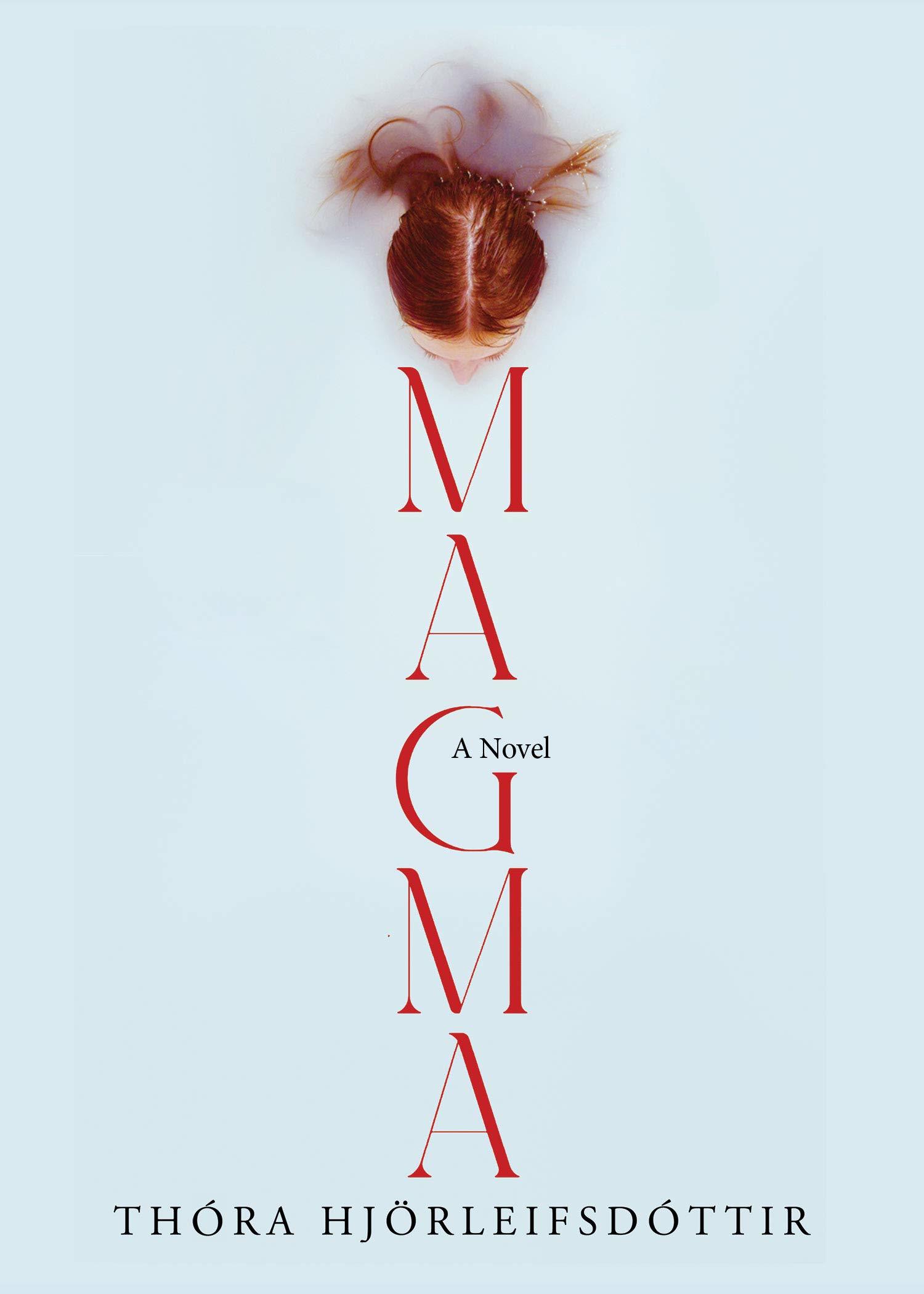 "Love is a spectrum, it is as painful as it is wonderful".

After several consecutive months spent in reading the latest, most worthwhile releases in the crime fiction genre, I took a spontaneous decision to change tack just for once in this summer and check out one of the lesser-known fiction novellas, most specifically Magma by Þóra Hjörleifsdóttir. The book has been one of the most underappreciated debuts of 2021 from an author who has published in the past three poetry collections and with this short tale of love and obsession takes her first bold step in the field of prose writing. Even though Magma cannot, under any circumstances, be considered to be a crime novel, in fact it's not even a fully-fleshed novel as the number of pages is misleading for reasons that I will state later in my review, it packs a severe emotional punch, eliciting the most profound of the reader's emotions through the first-person narration of a desperate love story between a young woman facing serious mental issues, and her erratic boyfriend whose behavior is visibly volatile and unpredictable, sometimes reaching the border of unhinged. The story is at times heartbreaking and at times -borderline- disturbing as the protagonist, Lilja tells her story with a raw determination, lacking any sense of comme il faut sensitivity in terms of the languages which she uses to express her inner thoughts and turbulent emotional state. Lilja's words are written, literary, in blood and her honest, truthful account is what makes this little novella worthy of your time and attention. Magma is the definition of the one-sitting-read and I've finished it in under three hours.

As I mentioned above, the book may be about 200 pages long, however many chapters consist of just a small paragraph or even two or three sentences stitched together in such a way as to produce meaning in spite of the author's pithiness. The existence of such small chapters adds to the ever-accelerating pacing of the narrative and enhances the shocking effect of the plot's events as narrated by the sole protagonist. For example, at one point early in the novella, Lilja confesses: "I was raped, this weekend. I swear I wasn't trying to get with that guy. I didn't even like him, but that's how it goes. One way or another, we all lose our virginity somehow". This short paragraph, oozing cynicism and being indicative of the way in which the protagonist selects to disclose vital pieces of information about herself to the reader, constitutes an entirely separate, self-existing chapter with the brevity of the text forcing the reader to take a thoroughly realistic glimpse into some the most sordid, traumatic events that shaped Lilja's personality forever. Hjörleifsdóttir's austere, staccato prose shines in its complete lack of superficiality and conveys to the reader only what is absolutely essential to help him immerse into the protagonist's frail state of mind. Another example of this clear-cut, distinct writing style employed by the young Icelandic author is this: "Sometimes, we boil over. I explode about something or crumble into a pile of self-pity. We bare our teeth, I threaten to leave forever, I sob, he comforts me, we fuck and fall asleep".

The story is about the complicated relationship between Lilja and her elusive boyfriend, who remains unnamed throughout the story, the man whom she obsessively loves and wishes to be beside her at all times. As she explicitly states: "I love him with every cell in my body and I would waste away without him". However the couple's liaison is far from ideal and is nothing reminiscent of a fairy tale romance as both of them struggle with major personal issues that leave a massive imprint on their behavior toward one another which is problematic to say at least. Lilja's narration convinces the reader that her intimate feelings are deep set in her psyche and honest, but the author also interposes some small hints suggesting that her stare of emotional wellbeing is gradually dwindling, thus unavoidably affecting her perception of her partner and the world around her in general. Thus, in the closing chapters that herald the story's resolution, we read: "Even though we live together now, I don't call him my boyfriend. I think that label is too cliche, and it'd be too awkward after all this time. I call him my fake man". Is Lilja truly in love, in the sense in which the majority of the people choose to interpret the concept, or is she a captive of her obsession that is destined to torment both lovers perpetually and eradicate any hope for a common future?

Hjörleifsdóttir's succinctness is the key that unlocks the enigmas of the narrative that sometimes becomes downright distressing in many parts though the text's mood and tone remains intact and hovers above the gloominess of the dark deeds described in parts of the text due to the meticulous choice of words displayed on page by the author. During reading Magma, I had the feeling that I was watching both the story and its fictitious environment through Lilja's eyes, thus becoming a partaker to her insecurities, fears, and past traumas that dictate the manner in which she behaves today. Her first-person storytelling showcases a remarkably talented author who dares to give voice to a clearly distraught main character for whom any chance of redemption seems to be remote, to say at least. However, the novella's finale lets a glimmer of hope slip through the cracks of an overall sad, emotionally charged personal story of a young woman in trouble. In the end, the reader is allowed to imagine a happier future for Lilja as the concluding pages leave her entering into a new era in her personal life, and for the first time ever feeling optimistic about what's about to come next. Lilja's first signs of individual strength constitute the last impression left to the reader as he finishes reading Magma.

As always, there were some aspects in the book that irked me, the most urgent being the fact that Lilja's roller-coaster of thoughts and emotions, though divulged accurately and plausibly, sometimes comes across as highly fragmented and lacking any form of continuity. The -frequent- alterations in the protagonist's mood conveyed to the reader feel rather abrupt and without the author having prepared the reader in any way for what's coming next. The realism, almost naturalism, that sets the narrative style apart from the majority of the contemporary works of fiction, also imposes certain characteristics that mark the author's prose, the most prominent being the extended use of foul language throughout the novella's course. I certainly didn't mind but there are those who resent reading profanities embedded in their novels. To conclude, I found Magma to be one of the most refreshing reading experiences of this summer, one that reminded me of the necessity to relish works by lesser-known authors who, at many times, prove to be extremely skillful and deliver excellent books that, unfortunately remain overshadowed by the most popular and hyped titles. The novella's storyline is one that resists strict genre categorization, while introducing something new as far as the actual writing style is concerned, and, most importantly, avoids replicating the overused tropes that haunt today's works of fiction in general. I sincerely hope that I will soon stumble upon Þóra Hjörleifsdóttir's next writing attempt as she once more justified the established tenet that wants Icelandic authors, regardless of genre classification, to be the most inventive and prone to innovation scribblers of memorable texts. Recommended to all those who enjoy high-quality works of general fiction and especially those who seek alternative ways of storytelling in their novels/novellas.