It's a pleasure and highly refreshing to watch films like Lucky Grandma and it's been a while since I've seen such an enticing blend of crime fiction and comedy in the cinema. The movie is a 2020 production and the feature film debut for director Sasie Sealy who also co-authors the script along with Angela Cheng. It's a character-oriented black comedy that is based, thematically, on the tension between random luck and fate, the importance of the family and the relationships between its members, and the human bonding that occurs when an external force threatens certain individuals. The story is set in New York City's Chinatown, a rough place where organized crime is dominant and the majority of people live in conditions of extreme poverty, struggling to make ends meet. The protagonist, the titular Grandma, is an elderly Chinese woman who had recently lost her husband and leads a quiet life, living in a small flat all alone. Her son is married with kids and he has adopted the American way of life as he is not even attempting to speak in his mother's tongue. Grandma, on the other hand, remains oblivious to the American lifestyle, she always speaks Chinese and a cigarette is always burning in her hand. She bears all the trademarks of a badass character: she is defiant, cunning, fearless, and knows how to protect her own. But there is much more to her than that. Despite her disobedient and audacious manner, she has her heart in the right place and she feels overly protective of her close family and grandchildren. Grandma is one of the quirkiest characters I've encountered in the 2020 crime film productions and she leaves her distinctive mark on the screen.

The film begins with Grandma visiting a fortune-teller who tells her that her luck is about to change for the better very soon. October 28 will be the day in which Grandma will have the chance to fulfill all her wildest dreams. Initially reluctant, she will visit the nearest casino to try her luck. After a spectacular winning streak at the gambling establishment, she will get on the bus to return home and the man sitting beside her will die on the spot due to a heart attack. After Grandma makes sure that he is dead, she steals his handbag which is filled with cash and returns to her home as nothing had happened. Very quickly she is visited by two thugs, members of a vicious Chinese gang led by an obscure figure who is called the "Red Dragon". The gangsters ask for their money as they are certain that Grandma has it, despite her vehement protests. Now, Grandma finds herself in a terrible predicament and the only way to deal with this situation is to ask for a bodyguard in order to be safe from the Red Dragon's goons. She hires a portly guy, Big Pong, who proves to be invaluable to Grandma as he is dedicated and also keeps her company in her lonely apartment. Soon, Grandma realizes that things are even more complex as the money she stole actually belongs to another powerful gang, led by a woman, Sister Fong. Thus, Grandma is landed in the middle of a cruel gang war and she will have to use all her cunning to get off unscathed.

Tsai Ching (Memoirs of a Geisha, Casino Royale) steals the thunder in this movie and she delivers a memorable performance as the Grandma, a tough-as-nails, ferocious fighter who never gives up and wanders in Chinatown's underbelly with her head held high. The portrayal of this exceptional hero is highly demanding and Ching's response is unique as she succeeds in shaping her character in the most brilliant of ways, with a limited facial expression palette that captures the essence of the sombre Grandma. The other actors are overshadowed by Ching's presence, though it should be mentioned that there are some more noteworthy performances by achieved thespians such as Yan Xi (The Killing of John Lennon, Hollidaysburg), Michael Tow (Sound of Metal, Blacklist), and Wai Ching Ho (Daredevil, Robot Stories). Lucky Grandma also features a mesmerizing jazzy soundtrack by Andrew Orkin that fits perfectly with the depiction of Chinatown's mean streets. To sum up, I think that this is one of the best black comedies produced in 2020 and even though some may say that it features a semi-plausible storyline, its main strengths are the superb characterization and remarkable optics. Fans of the genre shouldn't miss it and it's quite a strong debut by the director, Sasie Saley, one that promises even better films in the near future. Keep in mind that the language of the film is Chinese, though there are some scenes where the actors talk in American English.

You can watch this title on Amazon.com: https://www.amazon.com/gp/prod... 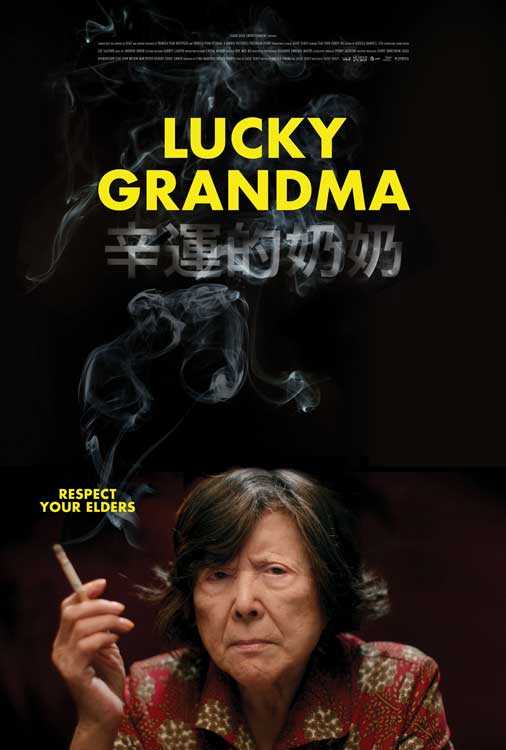