Superbly plotted and with a stellar cast, this is one of the best Belgian production in the 00s.

This is an excellent Belgian murder mystery, focusing on strong characterization and magnificent performances by all the main protagonists. Loft is essentially a one-room set movie, using a lot of flashbacks to enrich the narrative which recounts the strained relationships between five middle-aged upper-class men who share an apartment without their wives knowing. When a murdered young woman is found there, the five amigos will have to solve the mystery of what happened and who the culprit is. Inevitably, they soon begin to suspect one another and it is slowly revealed that each one of them holds more than one secret.

This is a movie full of plot twists from the beginning until the end and it never makes the audience feel bored or indifferent to the story's mystery. The final twist is ingenious and turns the tables, concluding the film on a triumphant note. The cast lists the best present-day Belgian thespians like Koen De Bouw, Matthias Schoenaerts, and Veerle Baetens, but all actors either in leading or supporting roles give their best in this film directed by Erik Van Looy. Van Looy was the man behind the camera in other successful Belgian crime film exports such as Dossier K. and The Memory of a Killer, while he is also artistically responsible for the American remake of Loft, shot in 2014 and starring Karl Urban, Wentworth Miller, and James Marsden. This remake is an identical copy of the original though lacking the spark that made the Belgian production irresistible. I strongly recommend to watch the 2008 version first and skip the American remake which certainly stands at a lower level when compared to its precursor. 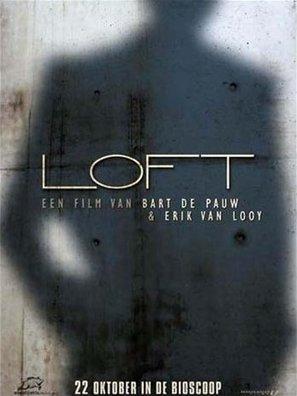