A prophetic thriller by Peter May. 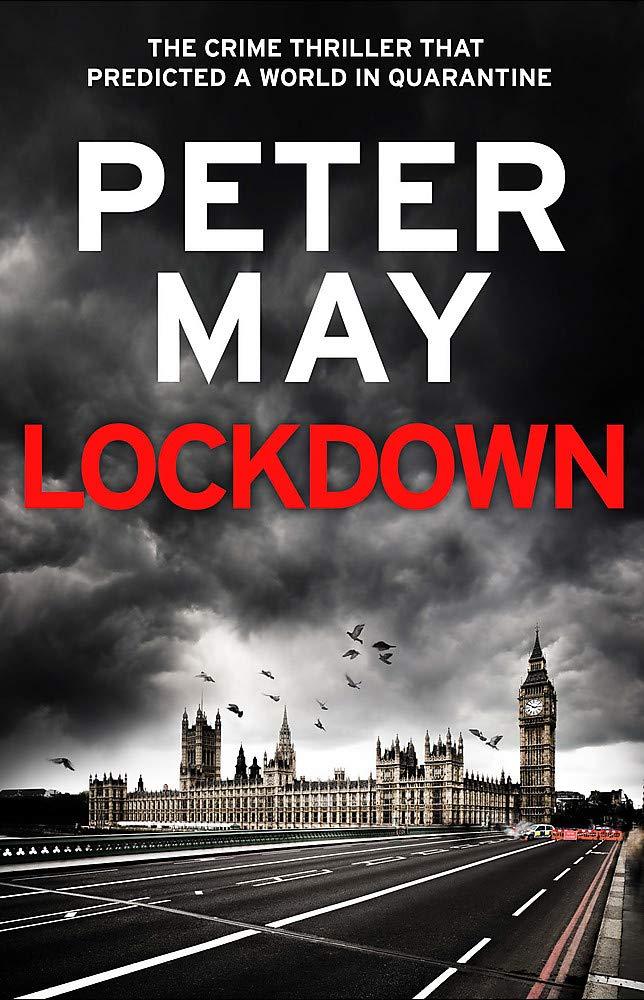 In 2005, the well-known Scottish crime fiction author and screenwriter, Peter May, wrote a dystopian thriller taking place in London where a deadly bird flu virus, H5N1, is responsible for the city being in quarantine and for the death of thousands of people. The book was written in six weeks and the author spent many sleepless nights in order to finish it. The publishers thought that the plot was far-fetched and unrealistic while they refused to discuss possible developments regarding the fate of the novel. Lockdown was archived in a dropbox file and May continued his splendid writing career almost forgetting that it ever happened. Fifteen years later, the Covid-19 pandemic is ravaging the world, leaving behind dead bodies and a world in a state of emergency, unable to deal with the ever-growing needs of the people who are plagued with the virus. Thus, it was time for Lockdown to be published as the scenario of a worldwide spreading of a deadly disease was no longer unthinkable. Apart from the novel's prescience, there are more merits to it as a big city in lockdown provides the most suitable setting for a disturbing story to unfold.

It all begins when the workers at a construction site find a leather bag containing human remains in a trench as they are building a new hospital in order to cope with the demands of the era. The human bones they discover belong to a little kid, a girl of Chinese extraction who was murdered elsewhere and whose body was thrown away by the culprit(s) so they could be certain that it would never be found. D.I. Jack MacNeil is an old-school, hard-boiled cop from the Scottish Highlands and he is immediately drawn to the case, he almost becomes obsessed with the hunt for the girl's murderer as the plot evolves. MacNeil is divorced and has a little son, an eight-year-old boy who gets afflicted with the flu and his life is in danger. All the above occur in the course of one day, which is also the last day on the job for MacNeil. The challenges that he will have to face during that twenty fours will prove to be overwhelming, nevertheless, the detective will have to overcome all the hardships and uncover a huge conspiracy, connected with the deadly pandemic.

May is a skilled writer and his descriptions of a city in lockdown are vivid and captivating as well as terribly relevant to the situation that we are experiencing today. Of course, the Scottish author outlines a much more horrid reality than that we are living in with a virus that kills 60% or 70% of those who get afflicted. May did extended research on the bird flu and that makes the story all the more terrifying as Lockdown depicts an alternate reality, a much more difficult one, that reminds us that things could always be worse. Except for the quarantine, every night in London a series of vandalism and mass looting take place while in the streets of the capital armed soldiers control the traffic and have orders to shoot whoever doesn't have the special permission that is required to leave your house and get outside. Many residences and shops that thrived in the past are shut down and nothing remains to reflect London's history as one of the most significant Western capitals in the whole world.

The story itself is less important than the setting of the novel, nevertheless, that doesn't mean that Lockdown's plot is lacking any spirit. We are witnessing the cooperation between the distraught Inspector MacNeil and the forensics specialist, Amy, a disabled young woman who is in love with Jack, that moves the investigation forward. The pacing is even and as the plot escalates, the tempo gets quicker until the final climax which is revelatory and satisfying, leaving no open questions to the reader. This is a book that is recommended to everybody for obvious reasons, even those who are not so keen on crime fiction. The title itself is the best advertisement for the novel that feels like it has been written today and not in 2005. Peter May is one of the most brilliant representatives of the Scottish Tartan noir tradition and his work should never be overlooked as it happened fifteen years earlier by some short-sighted publishers.