Locating Nordic Noir: From Beck to The Bridge

A noteworthy addition to the scholar study of the Nordic Noir phenomenon. 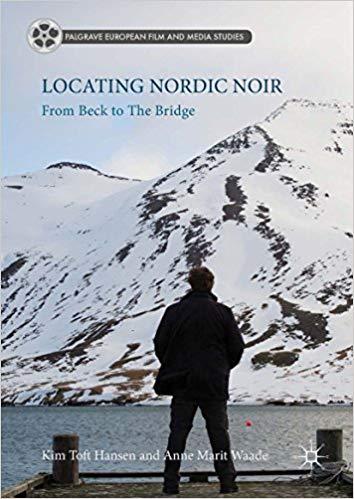 Kim Toft Hansen is Associate Professor in Scandinavian Media Studies at Aalborg University and has a lot of publications on Scandinavian crime fiction as well as its relation to the increasingly globalized media environment nowadays. This book is a perfect reference manual concerning the rise of Nordic Noir genre from its beginnings with tv series such as Beck, Wallander (the two Swedish versions, with Rolf Lassgård and Krister Henriksson as the protagonist) and Stieg Larsson's Millenium trilogy, to the today's -more than- successful Nordic media productions like Forbrydelsen, Bridge, Trapped and others. The emphasis is given to the aspect of the location in each production, its influence and effect to the viewer and also its function as an additive to the dark and gloomy narrative of the genre's many films and television projects. The author offers some stimulating insights into the importance of location in the genre's cornerstone gems and enriches the reader's knowledge on the subject by underlining its transnational dimension, a topic widely addressed by various academic studies. This is a book that every media scholar should check out and principally those interested academically in crime fiction and the Scandinavian sub-genre.

Locating Nordic Noir: From Beck to The Bridge