NOTE: Beneath the end of the compilation, you can find the covers and details for each book.

B. A. Paris is the bestselling author of several acclaimed psychological thrillers, and her latest release has been long awaited by the loyal fans of the genre. Behind Closed Doors, The Breakdown, The Dilemma, and The Therapist are some of her most successful works that have been translated into more than 40 languages. The Prisoner narrates the story of Amelie, a young woman with a traumatic past who marries Jed, a handsome billionaire, and believes that, finally, her days of torment are over. But when she wakes up in a dark room with no recollection of how she got there, Amelie has to reconsider her relationship and figure out who holds her captive and why.

Standing by the Wall is a compilation of five novellas by the CWA Gold Dagger-winning author of spy novels such as Slow Horses, which has been adapted into television series starring Gary Oldman and constitutes the first part of the "Slough House" series consisting of 8 novels so far, and the 4 mystery novels in the "Oxford Investigations" saga. Herron is known among crime readership as the grand master of espionage fiction and in his latest writing attempt, he delivers a tight pack of five novellas that can function as the best introduction in his "Slough House" literary universe. Blackmail, backstabbing, deviousness, and insidious deeds are to be expected by the English author whose work can only be compared to that of the legendary spy fiction writer John Le Carre.

By the creator of the notorious saga of detective Harry Bosch novels, comes the fifth installment in the Renée Ballard series, featuring a female protagonist who collaborates with Harry in criminal investigations taking place in Los Angeles. Desert Star begins with Renée taking back her badge and being assigned to rebuild the cold case unit as a part of LAPD's Robbery-Homicide Division. She makes an offer to Harry: Work with her in the investigation of a case that still haunts him, the murder of an entire family that is still unsolved after several years. Connelly's pen guarantees first-rate entertainment and fans of the Harry Bosch universe will definitely be satisfied by the American crime writer's latest oeuvre.

Clare Mackintosh is the author of some of the most explosive crime/thrillers of the last decade, with novels such as I Let You Go, I See You, and Let Me Lie. The Last Party marks the beginning of a new series featuring DC Fffion Morgan as the protagonist. Morgan will have to discern the truth from the lies in this cozy mystery that takes place in a small village where everybody is a suspect and has reasons to be insincere when talking to the authorities. The story focuses on the murder of Rhys Floyd who is found dead in the waters of the lake on New Year's Eve after a party held in his house. Every guest is a suspect and Morgan, who is in charge of the investigation will have to delve deep into the tight-knit community's secrets in order to find the culprit.

By the acclaimed psychological thriller author Lisa Unger, who has offered some of the most intriguing pieces of the genre, comes Secluded Cabin Sleeps Six, a locked-room mystery taking place in an isolated cabin in the woods where three couples go for a peaceful vacation. But things are going to take a nasty turn when secrets from the past will rise to the surface threatening the lives of the six friends, while a fierce storm is brewing on the outside. Plus, the hosting staff's weird behavior is going to make things even more sinister and contribute to an odd atmosphere that will haunt the reader and force him to keep turning the pages in order to find out what happens next. The -many- loyal fans of the American author are in for a treat with this one.

The third part in the "Craftsman" series, after Alive and The Craftsman, by the English crime author Sharon J. Bolton, The Buried narrates another story featuring Senior police officer Florence Lovelady who returns in the town of Sabden at the foot of Pendle Hill in Lancashire in order to fulfil a promise that he made to the dying serial-killer Larry Glassbrook. The recent unearthing of four child-skeletons seems to be linked to Glassbrook and Florence along with Cassie, Glassbrook's daughter, will immerse to the dark history of Sabben and face ugly truths. Bolton's experience and illustrious career warrants an atmospheric read and a plot that will glue the readers on their seats throughout the course of her latest novel.

One of the most anticipated releases of 2022, The Twist of a Knife is the fourth installment in the renowned "Hawthorne and Horowitz" mysteries after the bestselling hits The Word Is Murder, The Sentence Is Death, and A Line To Kill. Horowitz, proving that he is one of the boldest crime writers today, dares to put himself in the story as the narrator chronicling Hawthorne's supreme line of reasoning that solves the crime at hand. In The Twist of a Knife, Horowitz's new play, Mindgame, is about to open in London's Vaudeville theatre and his mind is solely focused on that front. Sunday Times critic Harriet Throsby gives the play a cruel review, zeroing in on the writing in particular, and she is then found stabbed in the heart with an ornamental dagger. Anthony becomes the prime suspect and realizes that the only one who can help him in his dire predicament is Hawthorne. But is the detective willing to help him? This is, hands down, one of the unmissable releases of 2022.

Elly Griffiths is the creator of the Ruth Galloway series, consisting of 15 books in total, and also the author of the "Brighton Mysteries" (7 books so far). Bleeding Heart Yard is the third part in the "Harbinder Kaur" series, following The Stranger Diaries and The Postscript Muders, and the book's synopsis promises a captivating read. The protagonist, Cassie Fitzgerald, attends a school reunion party that ends up in a tragedy as one of the attendees is found dead in the bathroom from a drug overdose. Cassie's school days were marked by her killing a fellow student along with her friends. Is the death that occurred in the present connected to the dark incident of the past? Griffiths is a skilled wordsmith, and this November release is much expected by her loyal readership.

The latest Colter Shaw thriller by the master of twists and creator of the infamous Lincoln Rhyme saga Jeffery Deaver, Hunting Time promises electrifying moments in a high-octane adventure featuring a beloved protagonist. Colter Shaw is hired by entrepreneur Marty Harmon to search and find Alisson Parker, a fugitive on the run, a feat that proves to be much more difficult than the missing persons expert initially thought. Alisson turns out to be an expert in evading detection, partly due to her vocation as an engineer designing revolutionary technology. As the reasons for Alisson's flight become evident, Colter will find himself in the crosshairs of a sinister ex-convict and Alissons's ex-husband who is hell-bent on finding her. Deaver's authorship is a guarantee for excitement and spectacular twists and turns, so Hunting Time ought not to be overlooked by the genre's fanatics.

We met B. P. Walter through his debut novel A Version of the Truth and his critically and commercially successful A Dinner Guest that earned him a reputation as one of the most promising new voices in crime fiction literature. His work often involves multiple perspective and timeline narrative with protagonists who may be proven unreliable storytellers, thus keeping the suspense level at the highest level possible. In The Locked Attic we witness the story of two neighbors: one of them lost his son and the other one seems to be hiding someone in his attic. The synopsis is cryptic on purpose leaving to the reader's imagination the rest. Personally, I feel compelled know more, so expect a full review of the title soon. 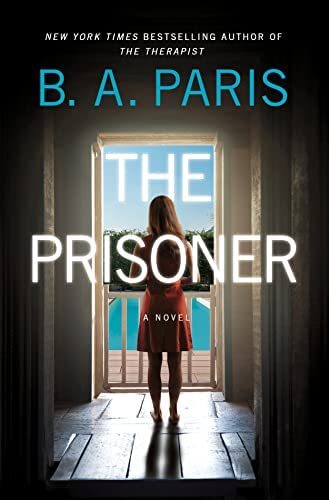 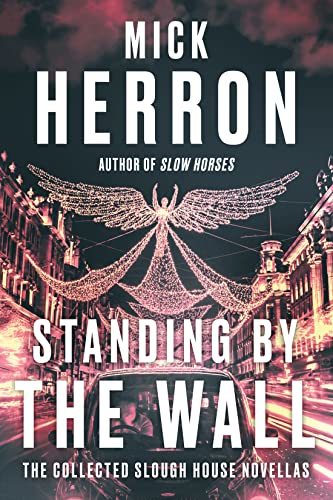 Standing by the Wall 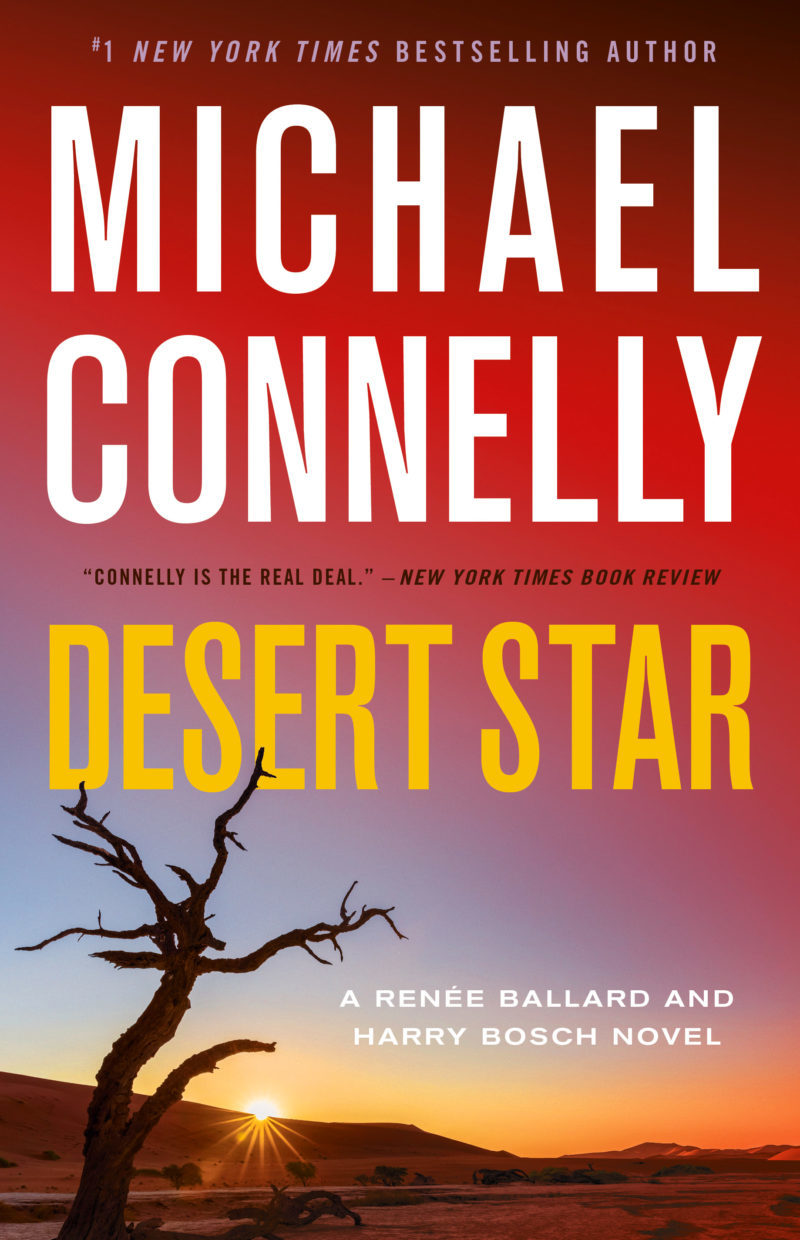 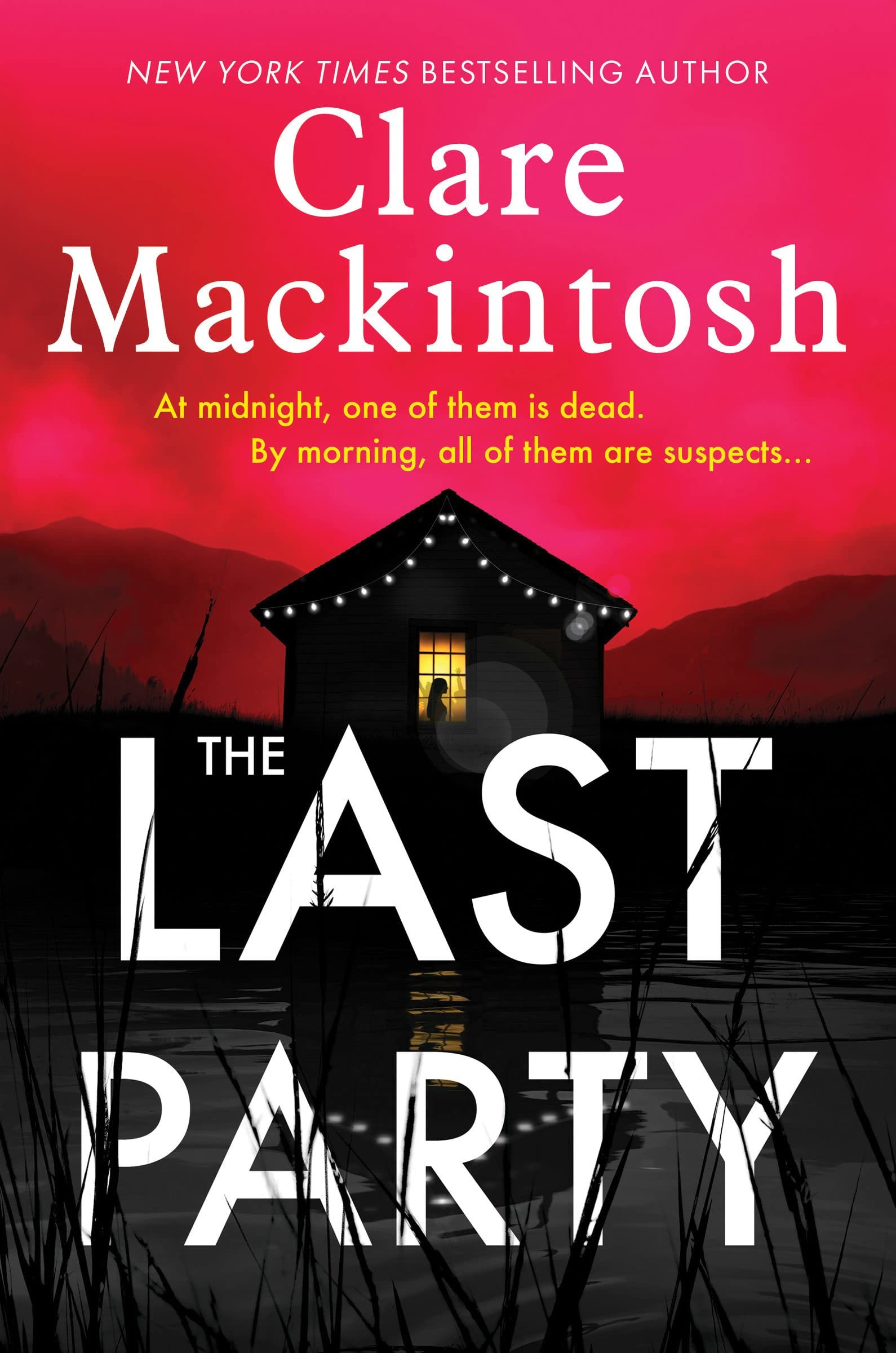 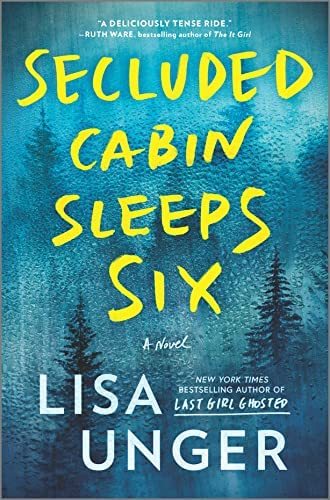 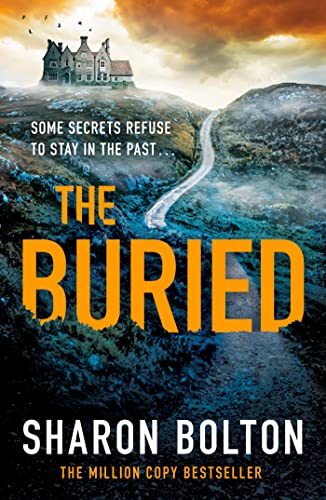 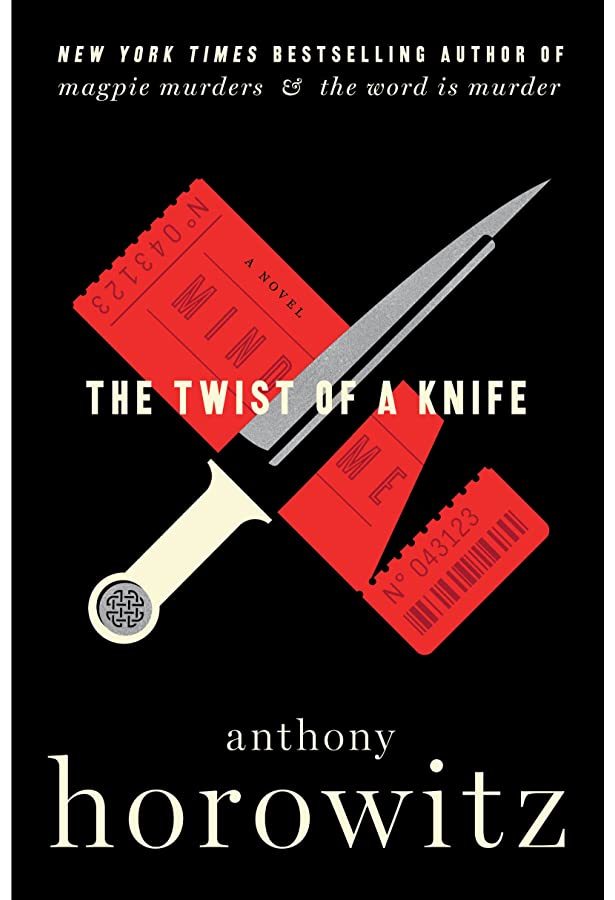 The Twist of a Knife 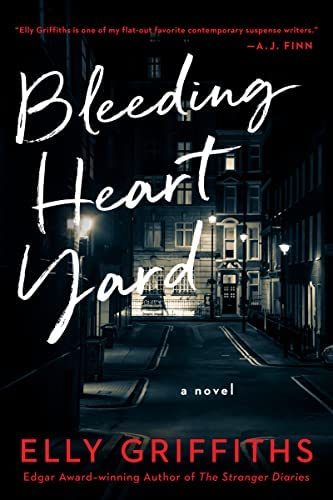 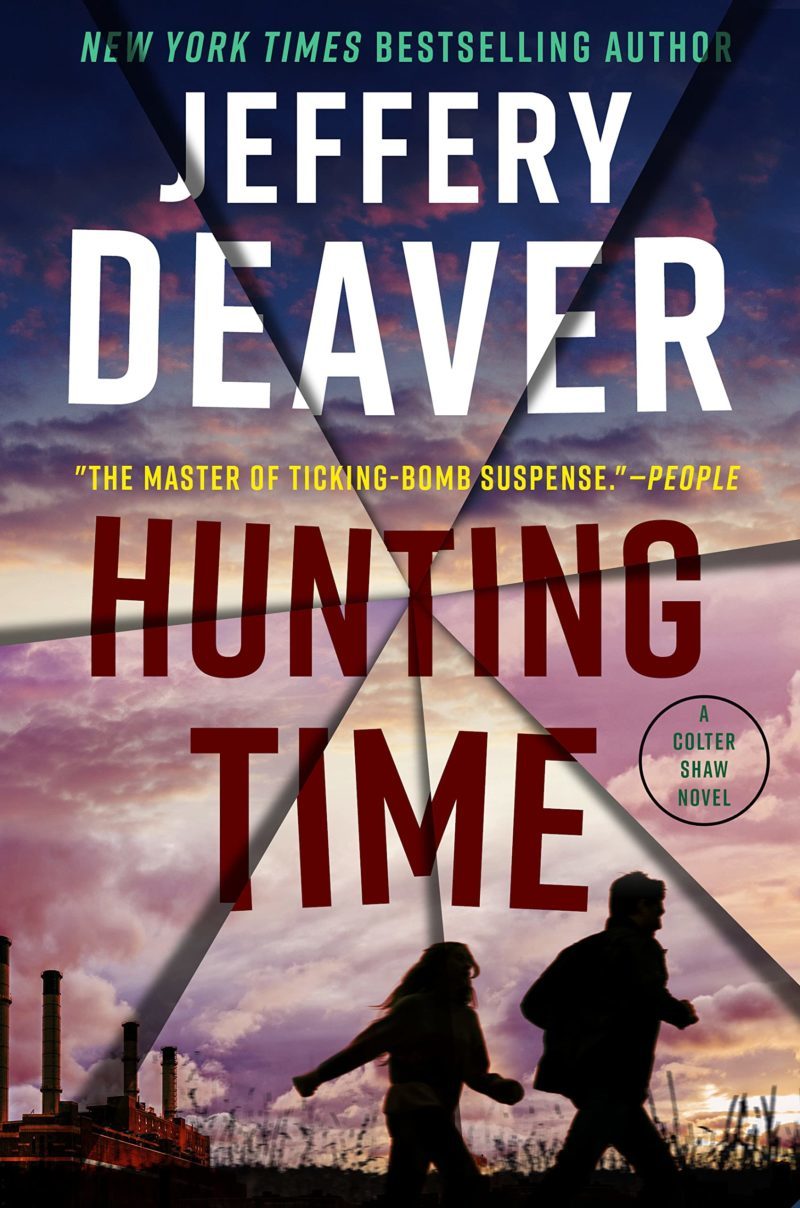 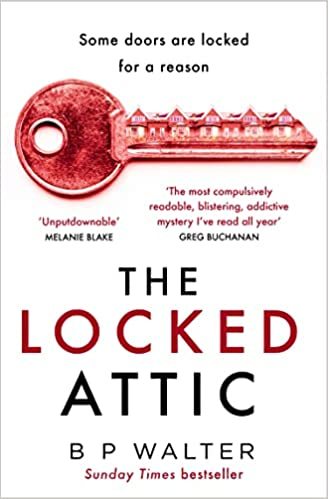