What happens when cops are called to investigate their own colleagues? This is the main question that is explored in the much-praised English TV series, Line of Duty, a gritty, realistic drama focusing on the investigations carried out by a special anti-corruption unit, AC-12. Pretty often, the officers working in the Internal Affairs Unit are despised by the majority of their colleagues as they investigate and uncover the dark side of the police work that involves gross misconduct, bribery, various conspiracies, and even homicides. The show has run for 5 seasons so far, and recently a sixth cycle began featuring the same cast and a distinct plotline, always focusing on a particular AC-12 investigation. Nevertheless, there is a common plot-thread that permeates the show and the audience should watch it from the beginning in order to keep up with the main characters' backstories and some crucial plot events which are further examined in the course of the series and comprise the backbone of its storyline. This is a review of the first two seasons and I'm currently watching the third so there will be an update when I finish watching the whole of the series. I was taken aback by the wittiness and sharpness of the script and I loved the long interrogation scenes that constitute the most interesting part of the show. The performances by the protagonists are exemplary and the cinematography is claustrophobic, matching the production's mood and tone.

The first season begins with Steve Arnott (Martin Compston), an authorized firearms Anti-Terrorist cop, leading an operation that results in the death of an innocent man who was mistaken for a bomber. Arnott is devastated by the horrible event and he is determined to take the responsibility for his actions even if that means that he will no longer be a member of the unit. The rest of the police officers who participated in the operation are trying to get their stories straight in order not to be in indicted, but Steve declares that he will tell the truth in court. His willingness to be honest and come clean leads to his suspension from duty and his reassignment to the AC-12, the unit that is meant to delve into the misdeeds of fellow cops. There, Steve will meet his boss, Superintendent Hastings (Adrian Dunbar) and Kate (Vicky McClure), a young ambitious officer who is sent to infiltrate the targeted police units to collect incriminating evidence that will ultimately lead to the apprehension of the corrupt police officers. Even though the three of them respect each other and believe in the importance of their work, there are often some major or minor clashes within AC-12 that add to the development of the characters and make them more identifiable to the audience.

Steve's first mission will be to investigate a superstar police officer, DCI Tony Gates (Lennie James), who leads a small group of cops investigating violent crimes. Tony is a proud, decorated cop who resents the anti-corruption officers and develops a hostile attitude towards them. His extra-marital relationship with femme fatale, Jackie, leads to a multitude of misjudgments and soon Tony gets drawn into a spiral of lies and manipulation that makes the AC-12 aim their attention at him. Kate will be sent to penetrate Tony's closed group of the selected few and she will do her best to make her boss trust her and become his confidant. At the same time, Steve and Hastings are struggling to put the pieces of evidence together in order to build a case against Gates. As the first season's five episodes move forward, there are many times that the audience doubts Tony's guilt and roots for him despite his obvious flaws and weaknesses that render him a pawn in the hands of crooked, unscrupulous gangsters.

The second season begins with an ambush in a police convoy which results in the death of several police officers. DI Lindsay Denton (Keeley Hawes), the officer in charge of the convoy is considered to be a suspect as she organized the operation and only informed DCC Dryden (Mark Bonnar) of the route. As AC-12 begins their interrogations on the matter, Denton seems to hide the truth as there is a multitude of evidence pointing at her guilt or at least involvement in the murder of her colleagues. As the investigation progresses, DCC Dryden also becomes a person of interest as he seems to hide more than one skeletons in his closet and his secrets are linked to the tragic fates of his subordinates. The plot of the second season is even more intricate than that of the previous one and the viewer should be ready for a roller-coaster of red herrings, plot-twists, and third-act-reversals that deem the show one of the most compelling rides in modern television history.

What I enjoyed most in Line of Duty is the well-rounded, three dimensional characterization that doesn't abide to the polarized good versus bad rule and insists on portraying both the protagonists and the villains as real people who always have plausible motivation for their actions. The audience sympathizes with the characters even if they do something that is considered to be wrong or illegal because they obey to a wholly different set of rules, dictated by their emotions or obligations to another human being. It is always hard to discern the innocent from the guilty in a similar context and the show scores highly in the realistic depiction of its protagonists and the complex relationships between them. Furthermore, the plotlines of each season are truly engrossing and the dialogue is so well-scripted that the audience forgets that they are watching a fictional interaction between fictional characters. I enjoyed the second season more than the first one as I believe that the story was better written and the tight-knit plot left no room for distractions. There is not a single minute of monotony in the season's six episodes and you can binge-watch it in one or two sittings. There are plenty of reasons to watch Line of Duty and if you enjoy realistic police dramas such as the French Spiral (original title: Engrenages), then this is definitely the show for you. I will post an update review as soon as I finish the third season which begins with the cold-blooded murder of a suspect by an armed police officer in a deserted street corner. 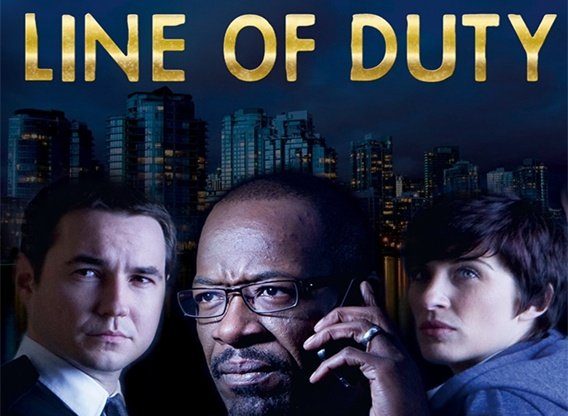