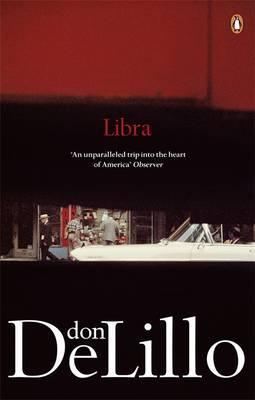 "Unknowingly, partly knowing, knowing but not saying, the boy had a quality of trailing chaos behind him, causing disasters without seeing them happen, making riddles of his life and possibly fools of us all." (p.194)

"When is your birthday?" Shaw said first thing.

This novel is Don DeLillo's reinvention of the events that led to the assassination of President John F. Kennedy on 22 November 1963 in Dallas and on the epicenter of the American author's magnum opus is none other than the obscure figure of Lee Harvey Oswald, a young man who couldn't settle anywhere and for him nowhere felt like home. Oswald was a drifter, a man who lived in transcience and after enlisting to the U.S. Marines, he got dishonorably discharged and put all his well-meaning faith in the deterrent power of the USSR, the great enemy, the Communist state that promised a totally different way of life that put the emphasis on the people and the masses rather than the individual. Oswald defected to Russia after his service and because of his experience as an ex-Marine and a specialist in radio communications, the KGB thought that he could be a valuable asset to the regime as he held some classified information about a number of military operations and new technology spy aircrafts. Nevertheless, Lee soon got disillusioned from life in the authoritarian Soviet Union and decided to return to his hometown even though he didn't quite feel that he belonged there either. For many years, during Oswald's youth, he used to read socialist literature and left-wing political theory that made him hate the American way of life and that was the reason why he chose to try his luck in faraway Russia. The communist teachings had a profound effect on young Lee who aspired to become a part of the various struggles of the socio-economical interplay, thus becoming part of history itself.

Unfortunately, in Libra there are several main characters who saw in Lee the perfect man to execute a plan that has been set in motion many months before the actual assassination of the President. "Create coincidence so bizarre they have to believe it. Create a loneliness that beats with violent desire. This kind of man (...) Desperate men give their solitude a purpose and a destiny". In order to fully grasp the complexity of DeLillo's writing, you have to be at least aware of some of the most crucial events in contemporary American history, especially during the 1960s. There are heavy references to historical events mainly having to do with Fidel's revolution in Cuba and America's reaction to it, while there are also many mentions concerning the cold-war state between the U.S. and the U.S.S.R. For the CIA, Fidel has always been a target and there are many ex-agents who are willing to go a further mile in order to see Cuba liberated from Castro's reign. Win Everett and TJ-Mackey are two of the aforementioned ex-agents who got involved in the Cuban crisis in various, shady ways, and now they hatch an ambitious plan to organize a failed assassination attempt on Kennedy's life in order to be able to point fingers on the Cubans and finally eliminate Fidel. To do so, they will have to employ some of their old acquaintances who will help with the practical side of the matters and soon Win and TJ close in on Oswald as the most appropriate man to commit the failed attempt on Kennedy's life. But things will not go so smoothly as they expect as they will have to tackle imponderable factors and engineer last-minute adjustments.

Nicholas Branch is a CIA archivist who is struggling to make some sense of the vast information collected after Kennedy's assassination. State documents, polygraph reports, Dictabelt recordings, a vast amount of photographs, floor plans, contradicting testimonies, etc. As he inspects the endless paperwork, he ponders "This is the room of dreams, the room where it has taken him all these years to learn that his subject is not politics or violent crime but men in small rooms". Of course, one shouldn't forget the infamous Warren Report with twenty-six volumes of testimonies and exhibits that Nicholas has to examine meticulously to get to the bottom of what truly happened at the day that shook America and proved that even the most powerful and wealthy nations can experience similar tragedies. Nichola's story is narrated in a future timeline, some years after the President's murder, while the story of the conspirators and schemers unfolds a few months before the tragic event. Oswald's personal story begins even earlier, before he even enlisted to the army, while he was living along with his mother in Bronx. DeLillo is one of the most experienced literary writers of our age and the use of a triple narrative timeline doesn't confuse the reader, but rather enhances the tempo and makes the story even more captivating.

What makes Libra an outstanding piece of contemporary literature is DeLillo's fierce prose which is filled with highly perceptive insights and observations on the human condition as well as his unique craft to draw the portrait of dark, shady characters such as Lee Harvey Oswald in a way that makes him relatable and even -sometimes-likable to the reader. The other main characters are equally well-outlined, especially Win Everett and TJ-Mackey and as the plot moves forward -or deathwards as the author likes to say- the reader witnesses the many dimensions of their behavior deeming them true, three-dimensional human beings who like to reason, have prejudices and believe in misconceptions, are stigmatized by their former deeds as agents in the service of the State, and also try to lead a normal, or close to normal, personal and family lives. I've rarely encountered so many intriguing characters in just one book and I think that this is a trademark of the author as this quality is present in more of his books such as White Noise, Underworld, and Americana. In terms of story and plotline, this is a fully-fleshed novel that will keep you turning the pages as you indulge in DeLillo's alluring fictional universe.

You must remember that this is a blend of fact and fiction and you should be warned that this is not a true-crime book based on extended research regarding Kennedy's assassination, stating indisputable truths. DeLillo likes to wrap his fictional story around a solid historical base, but the character development and the plot schemes of the conspirators are figments of the author's vivid imagination. It is a fascinating take on one of the most traumatic events in modern American history and fans of literary fiction will not want to miss that one. Furthermore, fans of historical fiction and all those who are interested in the time period during which the book is set will have the chance to observe some of the most significant events surrounding the U.S.-Cuba and U.S.-U.S.S.R. relations during the 1960s under a whole new perspective. Libra is not an entertaining book, in the commercial and vulgar sense, but a work of literature that compells the reader due to its inherent literary merits guaranteed by the pen of one of the most significant contemporary American authors. It's a standard after reading one of his works to search for the next. I hope that it will be equally enchanting.