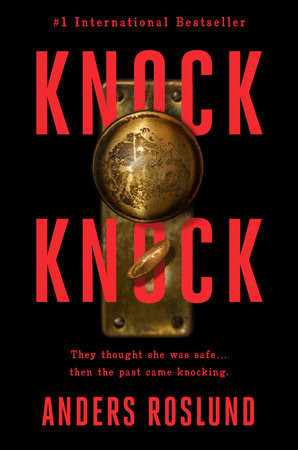 This is the latest addition to the beloved "Grens & Sundkvist" book series written by the Swedish journalist, Anders Roslund and his writing collaborator Borge Hellström, an ex-convict who turned straight and established an organization for the rehabilitation of former criminals in the Swedish capital. Both the authors possessed in-depth knowledge about Stockholm's underbelly and especially about the covert work of police infiltrators, a theme that is recurring in their novels. Hellström's death in 2017 left a huge void as his experience as an ex-con proved to be decisive in the outlining of the characters in the series, the most prominent example being Piet Koslow Hoffman, a man who was employed by the City Police to infiltrate organized crime groups dealing with drugs, arms smuggling, human trafficking, etc. The readers were introduced to Hoffman's character in Three Seconds where he took down a Polish drug smuggling group doing whatever it takes, even if that meant being incarcerated in one of Sweden's toughest penitentiaries. The book was a massive success as it combined thriller elements and police procedural ones while it contained a vast amount of information regarding the real work of police officers, the socio-economic background of Sweden today, and featured some of the most plausible characters that we've ever encountered in Nordic crime fiction. In Knock Knock, Roslund follows the same recipe and delivers an unputdownable crime/thriller that stands out due to its tight plot, high suspense level maintained throughout the book, and dashes of mystery and whodunit added to the mix.

The protagonist is, once again, Ewert Grens, the grumpy old-school Homicide investigator who is going to be retiring soon. Even the thought of leaving the force fills Grens with dread and the prospect of living a life away from active investigations terrifies him. Grens is a man who chooses to distance himself from his colleagues, has no actual friends and prefers to live in the past, reminiscing the only truly happy time in his life, the years that he spent together with his wife, Anni. After Anni's accident that upended Grens's existence, he struggled to find meaning and purpose in his existence and since then he is sleeping in a sofa in his office in Kronoberg Police station and listens to the songs of Siw Malmkvist an old Swedish singer who has been very popular in the 1960s. The only thing that motivates Grens is the hunt for a murderer and it is only through his work that he can bear the reality. He is a fascinating character, an antisocial, stubborn dinosaur who is keen on loud confrontations and fights with his colleagues and subordinates, especially when they ignore his orders. Nevertheless, he is not heartless as the reader can take glimpses into his sentimental state that stirs up when a case involves minors or underprivileged individuals. Then, we can see Grens becoming more human and his few weaknesses deem him all the more real and three-dimensional.

In this case, Grens will have to travel seventeen years back in time when he entered the most grisly crime scene of his whole career. A whole family has been slaughtered, its four members shot in a professional way that suggested the involvement of organized crime. The sole survivor was a little girl who managed to hide in a cupboard as the assailants stormed into the house. Grens took the little girl under his wing and for a month, he became his guardian angel as he arranged for her transfer to a safe house and visited her every day to see how she was coping. After a month or so, the girl was put into the witness protection program and she changed her name, social security number, and contact details in order to be able to build a new life, away from the nightmare that stigmatized her. The killers were never apprehended, even though Grens and his team interrogated a number of well-known gangsters with links to an arms smuggling ring. The lack of evidence forced the detective to release some hardened criminals, even though he was certain that some of them were involved in the massacre. In the present day, Grens is informed by his sidekick, Mariana Hermansson, that a burglary took place in the same apartment, a very peculiar one as it seems that nothing had been taken. Grens has to revisit the house that plagued him for the last two decades and attempt to solve a case that constitutes his most prominent failure as a policeman.

Piet Hoffman is living in Stockholm along with his wife, Zofia, and their three children. Hoffman now runs a totally legitimate security firm and his days as an infiltrator are over. Nevertheless, he is clearly shaken when he discovers a disguised hand grenade in one of his son's' stuff and soon he begins receiving some threatening messages that make him equally furious and concerned. Apparently, an unidentified individual claims that he has the paperwork that proves that Piet was a snitch for the cops and he tells him that he is going to release unless Piet accepts to complete a task that will send him back to his old ways. Piet's main concern is to keep his family safe and he quickly decides that he is not going to accept the shady mission, opting to go against the people who are threatening him. In order to do that, he will need Ewert Grens's help as it is certain that someone inside the police station is leaking highly confidential information to the outside. Grens will offer his help under one condition: Piet has to help him arrest the perpetrators of a series of shootings that resemble the one that took place seventeen years ago. The experienced detective is sure that the killer is the same and thinks that Hoffman can help him find him.

There is a kind of double-infiltration sub-plot in this novel as both Piet and Grens agree to investigate cases that as the story progresses seem to merge and intertwine. Piet's mission will even send him to Albania and a city in the north where the man responsible for his terrible predicament may be hiding. We follow the story mainly through Ewert's and Piet's point of view, while there are some interjected chapters in which the author gives voice to the victim of the original crime and the members of Hoffman's family. This is a novel that will definitely satisfy those who enjoy gritty, fast-tempo police procedurals and the fans of the series will appreciate it even more as it is one of the most fully-featured installments so far. The reader can delve into the turbulent lives of the protagonists and root for them as they struggle to find redemption. Knock Knock could be alternately titled Three Days as this is the amount of time that Grens and Piet have to complete their respective tasks. Borge Hellström's absence is barely registered by the reader as Roslund succeeds in recreating the mood of the previous volumes and the final result is more than gratifying. If you like thrillers featuring infiltrators then this is a must-read. Fans of Scandinavian crime fiction should also give this book a chance as it bears the signature of one of the most lauded representatives of the genre.