It could be so much better.

I don't have extended experience in Dutch television shows except for the memorable Tabula Rasa, a bold crime series that featured a peculiar form of narration that moved back and forth in time and adopting the perspective of a woman suffering from amnesia. Apart from that, I don't think I've ever seen another crime series originating from the Netherlands, so when I spotted Klem, I was initially a bit reluctant to give it a try. Nevertheless, the show was interesting to watch, it has high production values, fine actors who brilliantly enliven the main characters, and nice cinematography. The setting is the city of Amsterdam, a place that we rarely see on our television screens when it comes to crime series. The downside of Klem is the snail-like pace in which the plot unravels and a lot of superfluous dialogue that adds nothing to the main storyline. It takes more than four episodes for the story to begin unfolding and in this first half, I seriously considered stopping watching as I found the show to be tedious and verbose. It was the nice performances by all the protagonists and the interesting characters that made me continue watching and in the end, I was glad that I didn't quit.

The main protagonists are Hugo Warmond (Barry Atsma), a middle-aged widower who works in the tax office and leads a rather straightforward life along with his two children, and Marius Milner (Jacob Derwig) an ex-con who recently got out of the prison and returned to his wife, Kitty (Georgina Verbaan), and little daughter. Hugo and Marius will initially become acquainted due to the close friendship between their daughters, Suus and Chrissie, and they will form a stronger bond when Hugo will save Marius's life after an attempt on his life, made in his doorstep. At first, Hugo does everything in his power to stay away from Marius and tries to end the friendship between the two girls. But, Suus's reaction is vigorous and Hugo is forced to maintain his contact with both Marius and his wife. Marius maybe on parole, but he doesn't keep the promise he made to Kitty which was to sever the ties with his criminal past and lead a clean life, starting from scratch. The assassination attempt in his house forces him to face murky figures like the gangster, Walus, to whom Marius owes an extravagant amount of money from the period in which he was incarcerated. The plot thickens when Marius asks from Hugo to help him trace his black money that was laundered by his ex-friend and collaborator, George Van Galen. George is now dead, murdered in the first episode of the series, and Marius has to find a way to find his money to pay his debts. When Hugo accepts Marius's proposition and sets off to follow the trail of the laundered money, the story will begin to flow naturally, though with minimum suspense.

Klem is a show largely focusing on the lives of its main characters and there are a lot of scenes where we watch Hugo struggling to juggle his demanding job, his troublesome family life, and an intimate relationship with the young and gorgeous doctor, Hannah (Jamie Grant). On the other hand, we are watching the stormy, but passionate, relationship between Marius and Kitty and we can't help but identify with the character of Marius, even though he is a convicted murderer and drug dealer. Jacob Derwig (Het Diner, Penoza), one of the Netherlands' most outstanding actors, delivers a stark performance as Marius and adds a more human dimension to him. Barry Atsma is magnificent in his portrayal of the gentle and modest Hugo who embarks on an adventure to help his friend, even though he is terrified by the prospect of getting involved in anything illegal.

Overall, Klem is a proper crime show, though lacking a truly engaging plotline that would make the series irresistible to the audience. I saw in Internet Movie Database that the show continued for a second and a third season and I am in two minds whether I should pursue watching the second cycle. If you enjoy character-oriented crime dramas, then you ought to check this one out, but if you are keen on labyrinthine plot lines and lots of suspense, then you better skip it.

You can watch the show on Amazon.com: https://www.amazon.com/gp/prod... 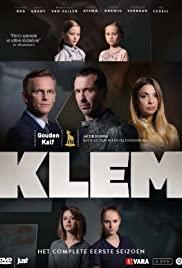