A diachronic political thriller from Denmark.

Danish producers have delivered some of the most sublime European political thrillers in both television and cinema as they insist on portraying the callous world of modern politics in a naturalistic, lifelike manner. King's Game is a 2004 production that preceded the immensely popular TV series Borgen and the legendary Forbrydelsen, a murder mystery that had a strong political dimension as it was set a few weeks before the mayoral elections in the city of Copenhagen. This is the directorial debut of Nikolaj Arcel who also co-authored the script along with Rasmus Heisterberg and Niels Krause-Kjær. The film features an all-star, Danish cast with Anders W. Berthelsen, Søren Pilmark, Nicolas Bro, Ulf Pilgaard, Lars Mikkelsen, and Lars Brygmann. All performances are top-notch and the cinematography is dark, transferring the audience to the cruel inner workings of the Danish political scene where chaos prevails after the tragic car accident of the leader of the Center Party. The character development is sterling, reminiscent of the best productions of the genre originating from the Nordic countries.

Ulrik Torp (A. Berthelsen) is a journalist, working in Dagbladet, one of Denmark's most well-known and esteemed newspapers. After the accident of the Center Party's leader, Aksel Bruun, Ulrik becomes the newspaper's correspondent to Christiansborg, the Danish Parliament and feels as he is given the opportunity of a lifetime. From the beginning, Ulrik is thrown into deep water as a brutal struggle is taking place inside the Center Party between the two prospective successors of Aksel Bruun in the party's leadership. Erik Dreier (S. Pilmark) and Lone Kjeldsen (N. Arcel) are both determined to be the country's new Prime Minister and the struggle between them is so severe that things will quickly escalate and get out of hand, especially after an alleged scandal breaks out, involving Lone's husband who is accused of embezzlement.

Ulrik will soon understand that he is nothing more than a pawn in a ruthless game and that he is being used by obscure, power-hungry political figures. His father (U. Pilgaard), an ex-politician who is connected to the major players of the game, will try to help him but to no avail. Ulrik will make an invaluable ally as he will join forces with another Christiansborg's reporter, Henrik Moll (N. Bro). Together they will embark on a race against time in order to prove the misconduct of some of Denmark's most prominent politicians. There is a glimmer of hope in the finale as justice prevails and a kind of balance is restored in Denmark's power dynamics.

Arcel is a director who seems to understand the interweaving of the various structures within the nation's political scene and also ponders on the ethical questions that arise when the battle for power disregards basic human moral codes. The result is a memorable, diachronic piece of film-making that remains relevant today and reminds us of the sacrifices that have to be made in order for the truth to be known. Politics is most often a dirty business so we should always be vigilant and hold the people who govern us, and who are ultimately responsible for our fates as political beings, in check. If you enjoy the European interpretation of the political thriller genre, you will definitely enjoy King's Game and fans of Nordic drama will add another great film to their collection. 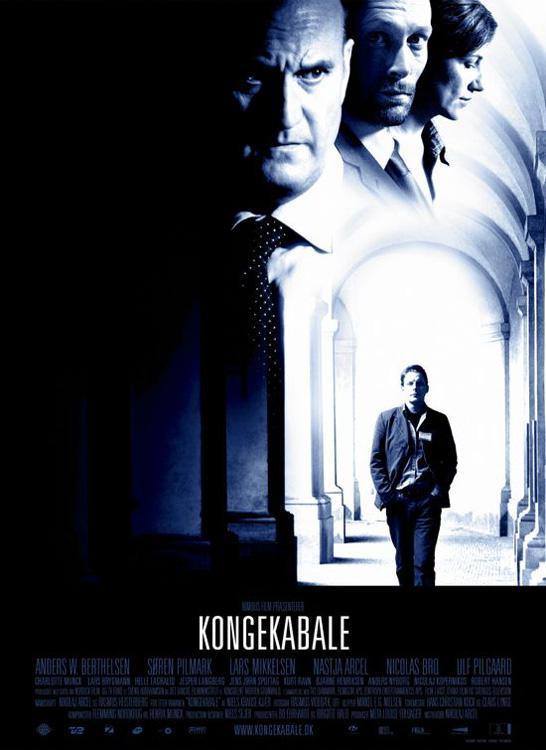