The weakest installment in an otherwise great movie series.

I would like to begin my review by stating that I am a huge fan of Jussi Adler Olsen's Department Q novels, and I've greatly enjoyed all the seven books in the series so far. I think that the Danish film adaptations were almost perfect, casting two magnificent actors for the roles of Karl and Assad, Nikolaj Lie Kaas and Fares Fares (Easy Money, The Nile Hilton Incident) and remaining faithful to the soul of the books, their bleak atmosphere, and twisted villains.

Unfortunately, Journal 64 proved to be weaker than the previous three films, the best of them being A Conspiracy of Faith, as it lacks in both pacing and plot. The story deals with many significant social problems that reach far back in Denmark's history such as the mandatory sterilization of socially disadvantaged women. As it happens in every Department Q series novel or movie, we watch two narratives unfolding, one in the present with the investigation by the police and one in the past set in the remote island of Sprogø where a series of horrible experiments on innocent young women were committed. The investigation begins with the gruesome discovery of a sealed room in an apartment in Copenhagen where four embalmed bodies are found. Karl and Assad soon discover the link of the case with the shady history of Sprogø and the heartbreaking story of Nete Hermansen who lost her child and got sterilized by the repulsive and creepy doctor, Curt Wad.

The main problem with this film is that it tries to tell a story of about 600 pages in two hours. As a result, a lot of qualities present in the book are absent because of the necessity of the limited running time. This problem is the main reason that the author of the novels, Jussi Adler Olsen, stated in an interview he gave that he hadn't seen any of the films and has no interest or participation in their production. The script seems to be hastily written and the scenes succeed one another in a synoptic manner, giving a contrived feeling to the viewer. The pacing of Journal 64 is rather flat and monotonous. The ending is anti-climactic, giving no real catharsis or satisfaction to the viewer and it is also not short of cliches that dominate crime films. The villain(s) is not convincing and nothing reminiscent of the vicious antagonists of the previous three installments.

That being said, Journal 64 is an easy-to-watch film that can be entertaining especially if the viewer is not demanding and does not take the film seriously. The visual imagery is captivating as in every film in the series, and the duo of the protagonists are great in their respective roles. If you are a fan of the novels or the previous trilogy, you don't want to miss it as it is the last movie in the series as the producers declared. Make sure though not to have high expectations and be ready to show leniency to the film's -many- flaws. 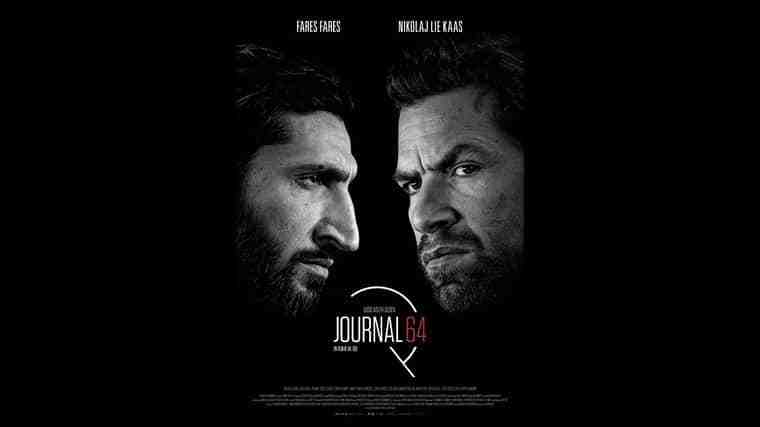