The perfect legal thriller from Australia.

WARNING: There are some spoilers in the article that follows.

I was never big on Australian television shows so I approached Janet King and finally decided to give it a try after a lot of contemplation and with a hint of wariness. The watching experience proved me to be totally wrong as this is an excellent legal thriller with a compelling storyline and a tight screenplay that keeps the audience guessing until the final episode where all the questions find their respective answers and every single plot thread is thoroughly explored and explained. Janet King has aired its first season in 2014 and two more followed after that, in 2016 and 2017. Each season features an original storyline, though there is a common thread that permeates all seasons and has to do with the main characters' personal lives, especially the protagonist's, Janet's, who is a lesbian, mother of two children, and lives with her partner, Ash. The producers of the show tackle the theme of homosexuality honestly and respectfully and the audience is rooting for both Janet and Ash who face the problems of companionship as every married couple does. In terms of plot, the first season delves into the murky world of child pornography, police corruption, and a wide conspiracy that even involves colleagues of Janet who work along with her in the prosecution office. Despite the density of the plot, the audience can easily follow its evolution thanks to a great screenplay, written by several screenwriters who definitely know how to build an engaging story that unfolds in eight episodes of one hour each.

The first season begins with an act of euthanasia, carried out by ex-police-commissioner Steven Blakely who is subsequently accused of his wife's death. Due to the significance of this high-profile case, Janet and her team are called to prosecute while they have to do so under an immense amount of pressure by Blakely's ex-colleagues who don't wish to see their mentor incarcerated for an act of humanism and love. After Blakely's initial hearing in the court, he disappears only to be found murdered a few days later by the police. Janet will soon realize the complexity of the case that gets weirder and weirder as the investigation progresses. Many questions arise regarding the victim's morality and his possible connection to a pedophile ring that produces and distributes indecent photos of little kids to the internet. Janet's colleague and friend, Lina, is working on sex crimes and carries out a vast research on the subject which has a major personal cost for her and her family. Her findings prove to be the key to the investigation that involves a judge, Blakely's son, known pedophiles and sex offenders as well as a tough gangster whose daughter is a barrister and a friend of Janet's closest colleague, Richard.

After the first two episodes that provide the setting for the story, the tempo gets faster and many characters are considered as suspects by the police and are handed to the prosecution for further investigation and possible impeachment. Each time the case seems to be solved, new evidence indicates that there are still things amiss and that the true culprit is still free. Janet will receive death threats that culminate when her car explodes outside her own house and she, along with Ash and the twins, gets off at the last moment. The attack on her family infuriates Janet who is determined to uncover the truth about Blakely's murder and return to her normal life as soon as possible. The final episode is full of plausible twists and a devastating finale that offers closure to the audience.

Janet is an absorbing character and Marta Dusseldorp portrays her in a measured way, balancing between a vulnerable, loving mother and a fierce, determined professional who hates losing. She is willing to work hard and even neglect some of her familial obligations if that means that a guilty person is going to be punished for his crimes. At the same time, she tries to help her friends and colleagues in any way possible and that makes her popular in her working environment. Of course, that doesn't mean that everybody likes Janet as there are those who badmouth her in the press, leading to an alleged scandal that implies that Janet is using her position in the hierarchy to shag some of her closest employees. How Janet deals with those false accusations says a lot about her character that is fully developed in the course of the first season's eight episodes.

To sum up, I consider Janet King to be the perfect blend of murder mystery, whodunit, and courtroom drama that I've seen in the last few years and all those who love legal thrillers will be definitely satisfied by this high-quality Australian production. I already started watching season 2 which focuses on the firearms that are illegally brought to the country and cause a migraine to the authorities as there are more than 15 people shot in the city of Sydney in a matter of months. It seems great so far, and there is a strong personal sub-plot concerning Janet that I wouldn't like to disclose here. This the perfect show to binge-watch as the story is so engaging that you just can't stop watching. An update about the second season will follow soon.

You can find the first season on Amazon.com: https://www.amazon.com/gp/prod... 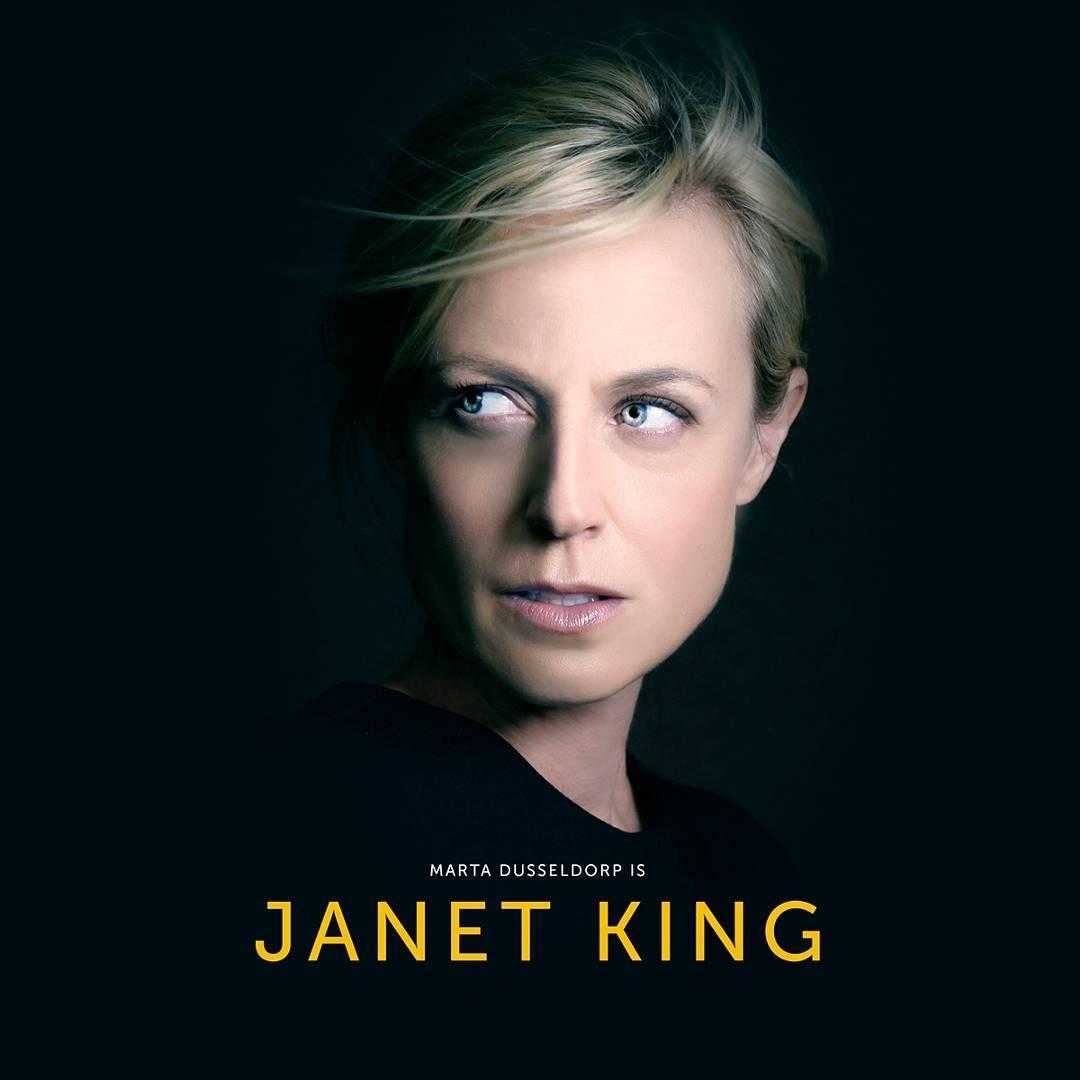