An exciting literary crime/thriller by one of the genre's master. 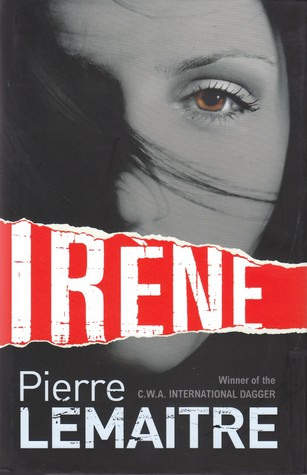 Irene is the first novel in the Camille Verhœven Series and one of the best literary thrillers I've read in the last few years. It should also be mentioned that this novel won the CWA International Dagger (2016) and also the prestigious French literary award Prix Goncourt (2013). Lemaitre proves to be a true master of the genre and I believe that his book displays selective affinities with the darker representatives of the Scandinavian Crime Fiction genre, such as Jo Nesbø, Samuel Bjørk, and Lars Kepler. There are some major spoilers following, so be warned.

The protagonist, Commandant Verhœven, is a middle-aged police officer who is stigmatized by his short stature, his height is just about 145 centimeters (!), but his tenacity and his efficiency in his investigating work made him some kind of a living legend in the French Police. He is madly in love with the titular Irene, who is also pregnant with their first child. The author describes some short segments from their marital life in a limited number of pages as the main focus is on the central storyline of the serial-killings of a madman, nicknamed by the mass media as "The Novelist".

The killer seems to copy fictional murders that took place in a number of some very popular and well-known crime novels, such as The Black Dahlia (J. Ellroy), American Psycho (B. Easton-Ellis), Roseanna (Maj Sjöwall/ Per Wahlöö) and others. Camille and his team will have to overcome many obstacles to identify the villain while this case will have a devastating effect on his personal life. The plot is even-paced with some really splendid descriptive parts, though being especially gory in the depiction of the crime scenes, and some great dialogue as well. Lemaitre gives voice to his antagonist as after the first 150 pages, the killer starts to personally communicate with Camille through the writing of letters.

The plot, though at first sight may seem rather contrived, proves to be original and innovative and there is a major twist in the end that turns everything upside down, leaving the reader in shocked and dazed. I found that twist to be one of the most ingenious overturnings in a story that I've ever seen in the novels of the genre. It is very rare for a crime novel to bring something new to the table, but Irene proves to be a worthy representative of the top books in the -more or less saturated- genre.

Oh, and of course there is the finale... here Lemaitre dares to challenge the reader by defying the happy ending trope, perhaps the most common and persistent one in crime fiction, and proves that he's not scared to torture his protagonist in a brutal manner. The finale will, perhaps, leave a bitter taste to some, but in my opinion, it is just the cherry on the cake in this magnificent piece of fiction.