At a lower level than the book.

Intrigo is originally a collection of novellas written by the godfather of Swedish crime fiction, Håkan Nesser. In total, there are five novellas in the book and director Daniel Alfredson (The Girl Who Played With Fire, The Girl Who Kicked the Hornet's Nest) decided to transfer all of them to the cinema screen. Intrigo: Death of an Author is the first, chronologically, movie and it is based on the story titled "Rein". It will be followed by Intrigo: Dear Agnes, Intrigo: Samaria, and Intrigo: Tom. All the films will be directed by Alfredson and will cast a different set of actors. It should be noted that in a joint interview they gave, Nesser and Alfredson spoke about the importance of the source story and Nesser highlighted the fact that even though he believes that the book is always better than the movie, in this case, he thinks that they stand on an equal level. The authors need to approve the cinema adaptations of their stories and it's a good indication for the film's commercial and critical success.

The movie is about a young translator who is also an aspiring author, David (Benno Fürmann), who receives a nasty surprise when his wife, Eva (Tuva Novotny), tells him that she is in love with her therapist and is pregnant with his baby. David cannot accept that truth and in a moment of despair mixed with rage decides to do something drastic, kill his wife by sabotaging the brakes in her car. When Eva disappears the authorities interrogate David, but they lack any concrete evidence so they quickly shelve the case. Then the movie skips 3 years to find David living in Berlin having put the past behind him and leading a quiet life. As he listens to a concert on the radio he gasps when he recognizes Eva's cough (!) in the recording. He concludes that his wife is alive and sets out to find her. The concert was given in Maardam, H. Nesser's fictitious city featured predominantly in the great Van Veeteren series, so David goes there to start his search.

The above events are narrated by David himself to a renowned author named Henderson (Ben Kingsley) whom he visits in his house in a remote Greek island. David presents his personal story as a plot of a novel he is going to finish soon, but Henderson soon understands that David and the story's protagonist are the same person. This particular narrative trope keeps the suspense alive throughout the film's duration and the audience tries to imagine the possible connection of Henderson with David's personal story. In the end, the truth is revealed with a major, though foreseeable, twist and the protagonist finds closure in the final act.

The story of Intrigo: Death of an Author is rich and tight-knitted with no redundant sequences, while there are plenty of twists and turns in the plot that keep the viewer glued on his seat. It is also a movie with high production values and it was shot in several countries, Serbia, Croatia, Slovenia, and Belgium. All the actors deliver spotless performances with Ben Kingsley stealing the show, as usual, and Tuva Novotny is subtle, though profound, in her well-measured portrayal of David's wife, Eva. On the other hand, I didn't like Benno Fürmann's performance, but perhaps it was his role that dictated the lack of emotions and expressions he exhibited in the movie.

This is an enjoyable way of spending 100 minutes of your time, it is an entertaining movie with an absorbing story and nice acting, but it is not of the same greatness as some of Daniel Alfredson's previous films like The Girl Who Played With Fire or The Girl Who Kicked the Hornet's Nest. On the plus side, Alfredson remains loyal to H. Nesser's novella, a fact that guarantees exquisite storytelling. Nevertheless, Intrigo: Death of an Author lacks the spark that would make it a movie worth remembering in the years to come. I can only hope that the next films in the series will be better and worthy of Håkan Nesser's writing skills. 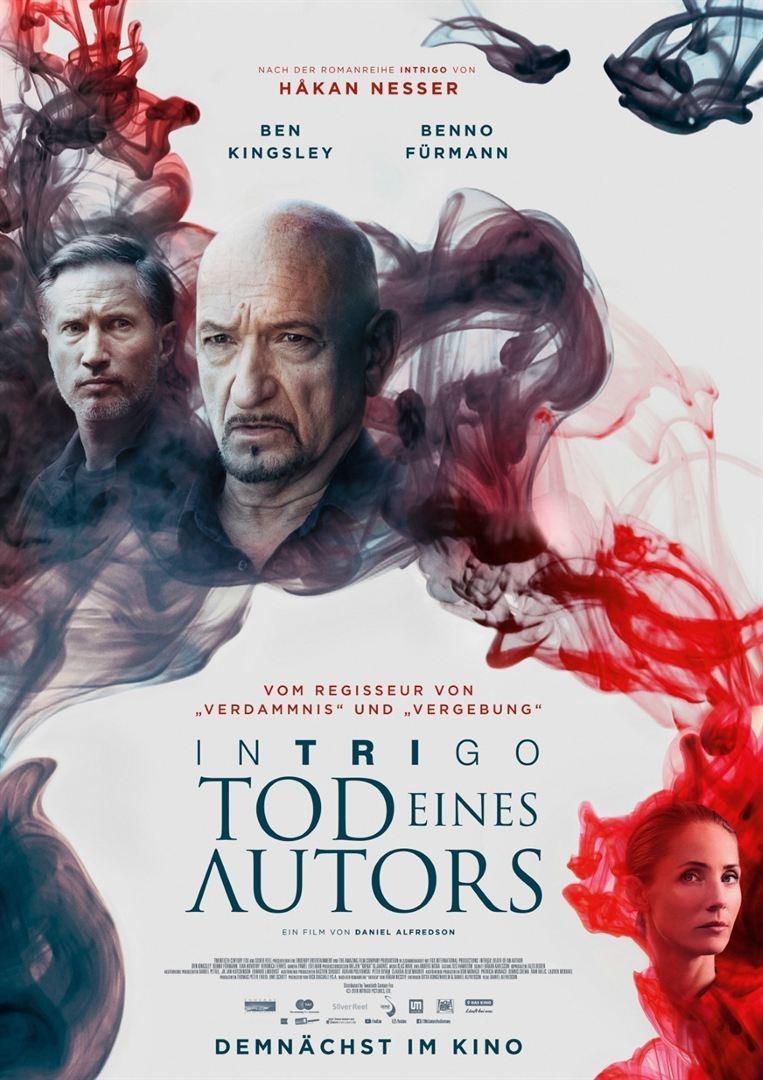