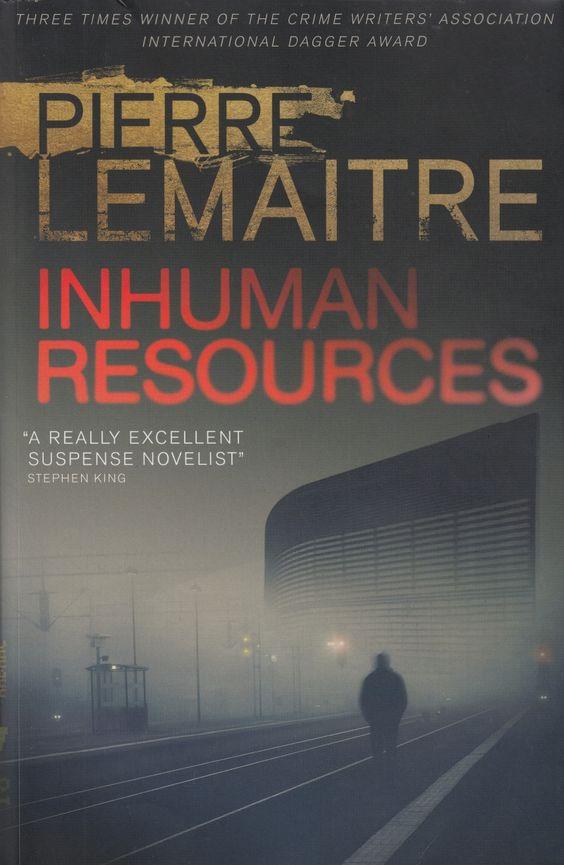 This was an interesting and entertaining novel by the French author Pierre Lemaitre, whom I know from the Camille Verhœven series. This book is a lot different and in my opinion, it transcends genre categorization as it can be seen as a social commentary on unemployment, a political thriller, a dark comedy or simply a crime novel like every other. The story is absorbing and the story unfolds while the reader follows multiple points a view in different time-spaces (before, during, after), the defining event being a hostage-taking role-play, organized by a big firm to recruit the new human resources manager. The protagonist, Alain, is four years without a job and his life is in its totality affected by the inaction and the poverty, spreading to his relationship with his wife and two daughters as well as friends and ex-colleagues. Due to his desperate position, he decides to do something drastic and violent to secure a financially stable future, causing a series of devastating consequences for him and his loved ones. This book brought somehow to my mind the French film Le Couperet, directed by the Greek auteur Costas Gavras and his storyline was based on the anguish of unemployment and its effects on people. Inhuman Resources is a rather dark and depressing story with splashes of black humor and lots of sharp twists in its plot. If you expect another Camille Verhœven book you will get disappointed but otherwise, this is a novel worthy of adding on your to-read list.