In the Shadow of Sadd

In the same vein as "Russian Dope". 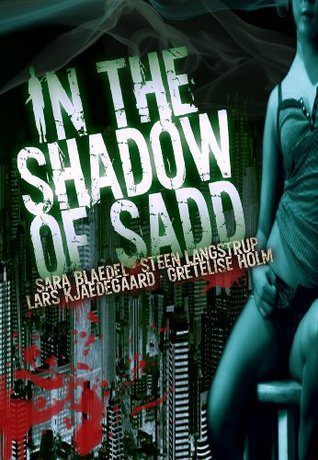 This is another little diamond written by four young and full of prospects Danish crime fiction authors, Steen Langstrup, Gretelise Holm, Lars Kjaedegaard, and Sara Blaedel. The structure of the novel is similar to that of another S. Langstrup's novel, titled Russian Dope. There are four narrations, each written by one of the above authors, which revolve around Jimmy Sadd, a character that we do not meet anywhere in the pages of this novel, a mafia boss in a city that is not named but described wonderfully by all four writers. In the Shadow of Sadd is an idea that belongs to Steen Langstrup who writes in a short epilogue saying how he conceived the original idea and then how difficult it was for such a book to be published. Langstrup writes that he left Gyldendal Publications in 2001 and found his "own publishing house, 2 Feet Entertainment and in celebration of my artistic liberty I simply had to give this crazy project a chance". He also adds: "I had to find writers who had the right voices for the characters in each short story". Langstrup won this bet as the characterization in this novella is excellent with protagonists who brought to my mind the first films directed by Quentin Tarantino, Reservoir Dogs, and Pulp Fiction.

The plot is a kind of jigsaw puzzle and all the missing pieces are brought forth in the end, leaving no plot holes or unanswered questions. Furthermore, the short length of this novella, no more than 120 pages, makes the pacing all the more fast-tempo and exciting. The reader is bound to be lost in all these strange stories that are all connected with one link, a shadowy character named Jimmy Sadd who seems to take part in all illegal activities that involve several people. Some of the characters are more sympathetic than others and nobody is truly good or bad in the literal sense. They are all moving in the grey areas that constitute the borders between morality and immorality. In a way, they are close to the characters created by the master of the genre, Patricia Highsmith. When the story is completed,m the reader feels satisfied and truly entertained by this book.

If you like non-linear storylines and enjoy Quentin Tarantino's early films, you should give In the Shadow of Sadd a fair chance. There is also the noteworthy Russian Dope written by S. Langstrup that stands at the same level as this one. Both works are more than worthy of the 3-4 dollars that you have to pay to buy them.

In the Shadow of Sadd